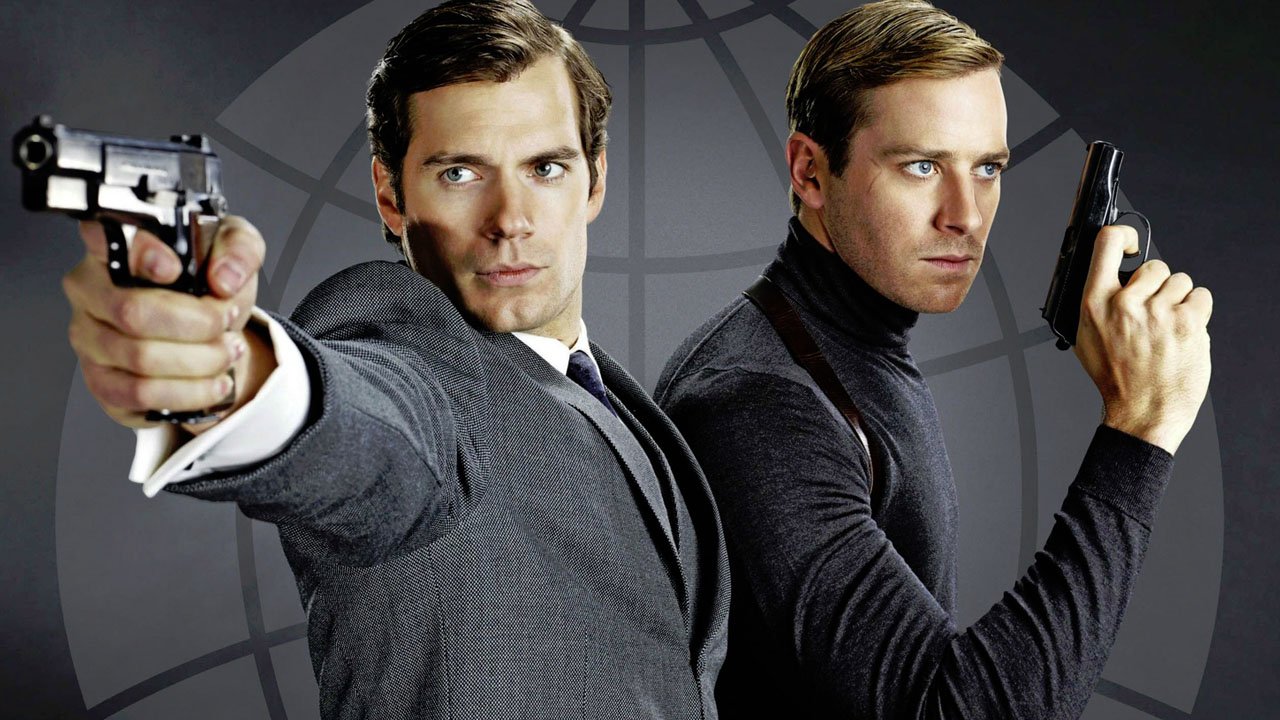 The 90s were filled with feature film adaptations of old 60s TV shows, most of which weren’t very good, and one of which is still around in Mission: Impossible. Throughout that decade and ever since, the old Robert Wagner series The Man from U.N.C.L.E. has been chatted up as potential blockbuster fodder. After years of failed attempts by such filmmakers as Steven Soderbergh, co-writer/director Guy Ritchie finally got the movie onto screens this summer. If you haven’t heard of the series or can barely remember it, don’t worry; aside from your grandparents, no one’s particularly fond of the show, and even they barely remember it. It was a merely light spy romp and really, that’s all that seems to have attracted Richie to the project, other than the 60s setting. Much like his former filmmaking partner Matthew Vaughn did in the downright excellent The Kingsman earlier this year, Richie’s goal was to bring back the tone of the old rollicking Bond movies in an age when all spy flicks are required to be gritty and sombre. Ritchie’s take on that old chestnut lacks that batshit comic book insanity of Kingsman, but makes up for it by doubling-down on retro cool. It’s a fairly empty wisp of a movie, but an undeniably fun one if you enjoy all the retro references.
Superman Henry Cavill stars as an American con man/thief-turned government spy at the height of the cold war in the early 60s. In the opening scenes, he’s assigned to a mission that will send him behind the iron curtain to rescue a German mechanic (Alicia Vikander). Along the way, he dukes it out with a Russian spy played by the exquisitely named Armie Hammer. Shortly after that, Cavill and Hammer are assigned to work together, escorting Vikander to Italy in the hopes of infiltrating the evil criminal empire led by the beautiful Elizabeth Debicki. She’s got a plot to sell a nuke (that was built by Vikander’s estranged father who was kidnapped for the dastardly cause) to ex-Nazis. To be honest, it doesn’t make much sense; it’s one of those blockbuster plots that is simultaneously too simplistic and too convoluted. Not that the story matters much, anyway. As always, Ritchie’s plots are really just a clothesline for him to hang images, sequences, and colourful characters on, and he’s got plenty of those kicking around this time.

More than anything else, the movie drips with 60s cool. Everyone is decked out in delightful period costumes, from the men’s well-trimmed suits, to Vikander’s kooky mod outfits and shades. They all look great and they’ve been plopped into globetrotting locations fitted with retro cars, furnishings, and amusingly clunky spy technology. Toss in a soundtrack filled with delightful underplayed 60s pop and a score inspired by those very sounds, and you’ve got a feast for the senses. Even if you aren’t as fond of the era as Ritchie and his designers clearly are, there’s no denying that the movie looks gorgeous and distinctly old-timey. Even the cinematography boasts a parade of vibrant colours mimicking the old film stock of the period. It’s a gorgeous little time capsule populated by equally gorgeous people.

Cavill, of course, cuts quite the presence (he is Superman for God’s sakes) and dons a deliberately ludicrous American accent to play a living cartoon character. He’s a collection of charming ticks and one-liners that never cease to entertain and proves he is indeed a better movie star presence than Man of Steel suggests. Hammer throws down an equally ridiculous Russian accent and plays his role like a cartoon stooge with a heart of gold. He’s even better, getting laughs even out of small gestures and postures to pile on top of Ritchie’s lovingly ludicrous dialogue. Vikander’s tiny frame and boundless energy bumps off the boys with undeniable style and charisma. She’s a better actress than the role deserves and that works, since her character always seems to be a few steps ahead of the rest. Debicki is equally strong as funny eye-candy, but does her deadpan comedy in the service of evil. Toss in a supporting cast featuring the likes of Hugh Grant serving up winking performances and you’ve got a collection of pretty statues for Ritche’s immaculately composed 60s frames who also deliver enough personality to stand out from the imagery.

Ritchie’s sense of storytelling hasn’t improved much over his career, so you can’t expect much in the way of subtext or intriguing plotting. Nope, his talents lie in visuals and tone, and he brings out plenty of that here. The tone is playfully ironic: well aware of the movie’s empty pleasures and unafraid to mock them. Amusingly, it often plays like an anti-blockbuster of sorts, with big action scenes hilariously staged in the background while eccentric character comedy takes up the foreground. When Ritchie finally has to deliver a big action sequence in the climax, he over-directs it mercilessly, giving the audience a swirl of images so stylized that it’s hard to tell what’s actually happening. The film isn’t much of an action flick, but it certainly is a big swinging romp.
In the end, there’s really not much to The Man from U.N.C.L.E. It’s all mindless and, often, even pointless entertainment, yet the entertainment value is certainly there in this candy-coloured concoction of pretty places, pretty pictures, pretty people, and pretty funny eccentric character comedy. The wispy charms of the movie will likely be lost on anyone who doesn’t know or appreciate the brand of old-timey espionage escapism that Ritchie is referencing, which is a shame because that’ll cut the audience down to cultists. However, for those who do get a kick out of the goofball goof-off the director served up, there’s no denying that it’s Richie’s funniest and most entertaining movie since Snatch. Granted, the filmmaker hasn’t done much of worth since then, but hey, at least this one is fun; even if it’s all rather fleetingly forgettable.

In the end, there’s really not much to The Man from U.N.C.L.E. It’s all mindless and, often, even pointless entertainment. 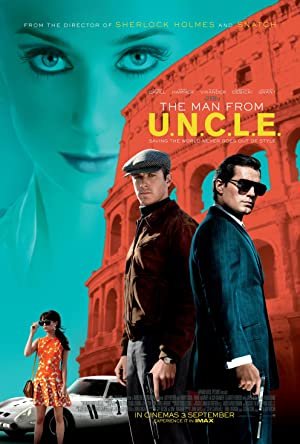