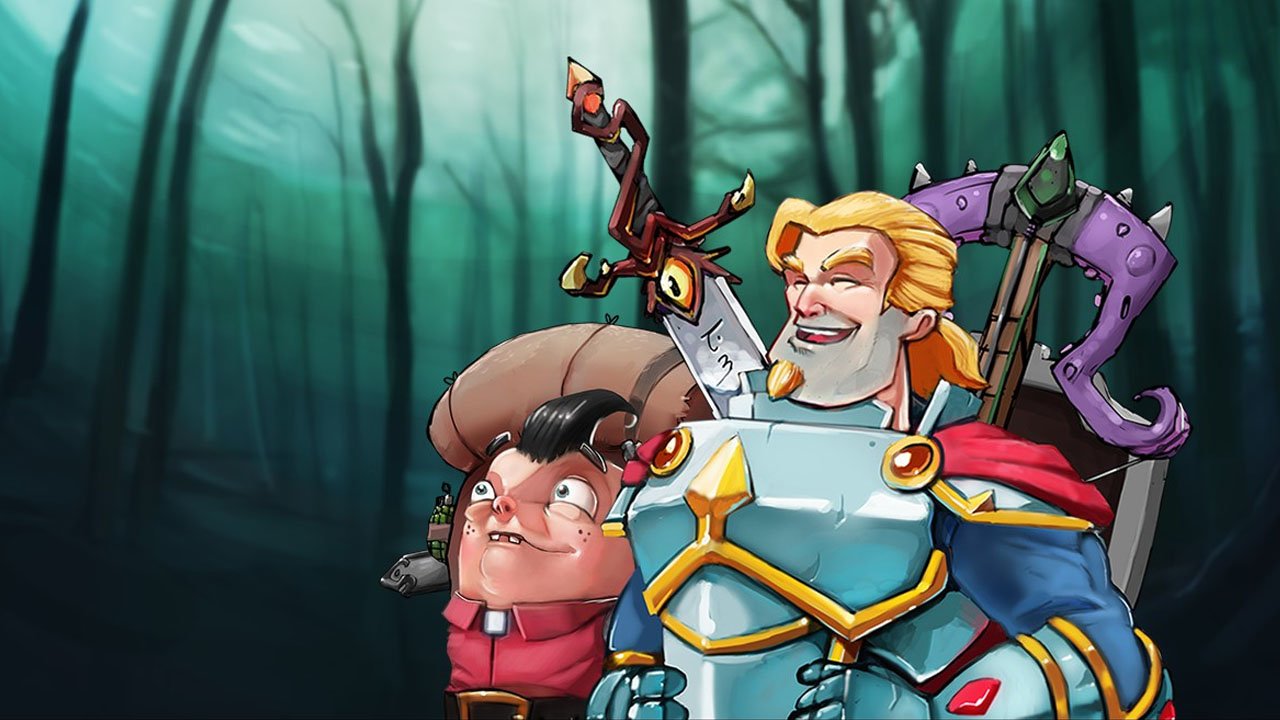 I’ve played a lot of The Binding of Isaac over the last few months. The game’s routine is simple: play, then die, then die, then play again until you win. Rogue-like games always carry the risk of becoming repetitive due to their difficulty and simplicity, though the latter is necessary in order to allow for the level of random generation that serves to alleviate the tedium. One character’s experiences are entirely different from the last, and the joy of the game is that you will journey farther the next time.

The Weaponographist doesn’t succeed in offering replayability, simply for the empty levels and repetitive gameplay. While the pick-ups and enemies are interesting, their silliness doesn’t quite endear it to me enough to overcome these shortcomings.
The game follows an egotistical demon hunter, Doug McGrave, cursed to lose all wealth and power until he saves a village from demons. The curse won’t let him die, however; so he’s tasked with clearing the mighty dungeon, using only the weapons of his enemies and the slime they leave upon death. This slime is the game’s currency, used to upgrade your character’s default stats, your weapons and spells, and the possible drops available from tiny, running chests that spawn randomly in missions. The central hub and its vendors are fairly charming; the character art distinct and eye-catching. Returning there to spend your hard-earned goop is no problem, and is also necessary to progress further.

Gameplay amounts to fighting your way through square rooms, devoid of furnishings or features, save for the occasional destructible object or hole. You travel through several of these rooms, as waves of randomized enemies spawn in to end your life. Your fists are your only recourse until an enemy drops their weapons. The weapon variety is the game’s keystone, with each enemy possessing a unique weapon, ranging from swords, spears, morningstars, and pogo sticks, to rocket-firing unicorn horns, along with magical secondary items like fire staves, laser tubas, and dead ray-gun squid. Most of them are actually fun to use, with unique mechanics and play-styles that make good use of the game’s controls—the morningstar, for example, rotates around the character at a fixed rate, without needed to press the attack buttons. Some weapons are, of course, more effective than others, but spawn chance and weapon durability mean you have little choice in the matter, and must make do with what you have. As enemy spawns are random, you may run into tough situations if a certain weapon isn’t upgraded, resulting in a death and sending you home.

There’s some real joy in learning how each weapon works, as well as in having to adapt your tactics based on the room’s layout. Killing enemies quickly is required to boost your overall strength, as you gain experience with every kill—and lose it if your combo meter ever drains out to reset the counter, causing any accumulated power to slowly recede. A brisk pace is key, collecting goop and killing enemies fast enough to gain more power and cause more damage, while taking damage reduces it and your health. It makes for a rather quick pace, having to push onward, even leaving items behind for risk of losing precious XP. Bosses have an endless stream of minions for you to kill in order to keep yourself hale while you pummel them down, and a boss fight can easily become a struggle between damaging the leader and killing his minions to stay strong enough—or before they overwhelm you. Bosses have a decent challenge to them, and are equally as strange as the enemies (and at least one is a reference to Adventure Time).

However, the game’s formula loses some of its lustre over time. Getting to bosses requires clearing a set number of rooms, all the same shape and largely empty; death causes you to return to the beginning. Checkpoints exist, with one half-way through the level and the last right before the boss’ room, allowing you some leeway, though they only allow three chances unless you’ve found a later checkpoint after, and they remove a percentage of stored currency, preventing hoarding. At first, this is fine, but later levels become progressively longer, with more rooms to clear through, and this causes the formula to wear a bit thin as you’re doing the same thing again and again. Enemy variety helps somewhat, though not quite enough, and I soon found myself wishing for something fresh. The level variety is part of the issue—if the rooms had more variations, such as walls, traps, or layouts, it would make things all the better. There are four door to every room, with a random one opening at the end of a fight – there’s no actual choice for navigation. I would have much preferred it to allow a choice of which way to go, and have to navigate back through rooms—perhaps with some unique room types to aid you. Losing means having to retread old ground, and I found myself dreading it, because the spawn variety seemed to only have three or so different configurations in any given run.
While a simple game shouldn’t be held up when it does not promise to match other games, I do think that a lot could have been done with this formula that is left undone. The overall experience lost its charm quickly enough that I had no desire to pursue the Hardcore or Survival modes, even for the extra factors they could layer on the game.

The Weaponographist doesn't succeed in offering replayability, simply for the empty levels and repetitive gameplay.