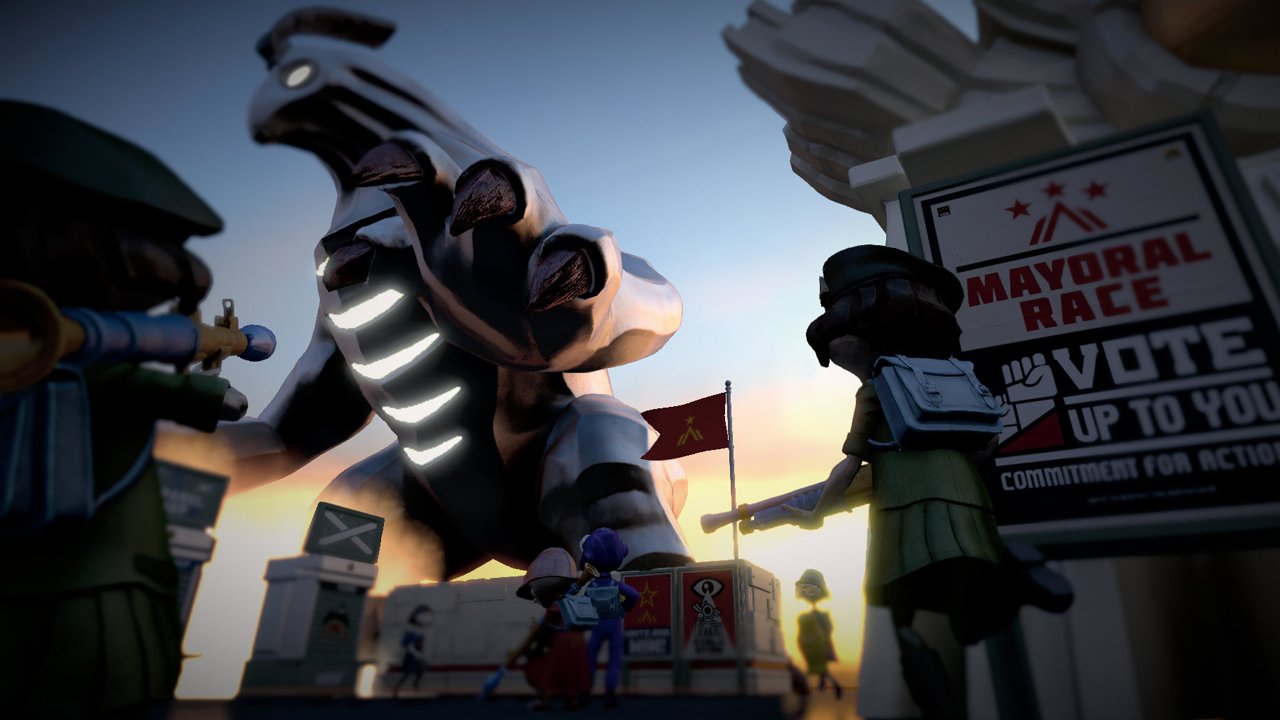 Great, continue playing that instead of bothering to install this boring free-to-play mining and crafting game. Sure, The Tomorrow Children has a mostly enjoyable (yet dreary) art style and on paper its story of building towns in a post-apocalyptic Russian void sounds interesting, but the execution makes this feel like “standing around/busy work” the game.

Q-Games, the developer best known for the PixelJunk series, has created a game that would feel more at home in Steam Early Access than as a first party title being published by Sony for the PS4. Strip away the graphics of The Tomorrow Children and small amount of story and you're left with a mountainous mining game where your goals aren't very clear and a majority of your time is spent waiting. Press a button and wait for your character to automatically mine, wait on a bus to get from the main city to the areas where you can actually mine, then wait for that same bus to transport your materials back to the city. Other activities include running on a treadmill to keep the city powered, which is done through a simple, yet boring, minigame involving the DualShock 4's pressure sensitive triggers.

If you've run out of sleeping pills, playing The Tomorrow Children should do the trick.

Perhaps the point of The Tomorrow Children is to simulate what it might feel like living and working in the USSR—dreary, dreadful, boring, grey, and hopeless. If that was the intention, I suppose the developers nailed it, but it doesn't translate well to a game that I'd want to play for more than a couple hours tops, even at the low, low price of free. At the time of this article the game is only available if you pay $19.99 for early access, which also gets you a costume and some licenses early that allow you to acquire some tools sooner. This pack was provided to me for this review, and I can only imagine how dull it must be to monotonously grind for them if playing for free.

While publisher provided screenshots of The Tomorrow Children make it look beautiful, I found the graphics to be washed out, and bad lighting made it nearly impossible to see my character when digging inside of an island or even just being outside at night if I wasn't standing in the white void that surrounds everything. The art style itself however, is great; everything looks like it would feel at home in a creepy stop-motion animated film directed by Tim Burton.

The Tomorrow Children's marketing makes it sound like the giant monsters that can be seen outside the city will sometimes invade causing damage, but in my time with the game, I never saw it happen. Instead, the Mecha-Godzilla-looking creatures slowly lumber around and eventually make the mistake of getting too close to the city, which allows you and other players to man cannons and slowly take them down. If that sounds fun, it isn't. It’s just as boring as the rest of The Tomorrow Children. Giant mechanical spiders, however, did come into town once, but I didn't see any impact. Weapons seemed mostly useless aside from killing a few smaller flying critters that showed up once, but even then they didn't seem to pose a threat, just a minor nuisance.

At first, I thought the islands that spawn in the void were randomly generated, but after only two hours I was already beginning to see identical islands spawn, most of which weren't interesting at all. Sure, there was one that looked like a bunch of giant gears and another that was a monstrous blue pig surrounded by humongous apples, but they were still just boring dig sites in the end.

Every task you complete earns you experience and credits back in town, which I guess is supposed to cause you to feel like you did something aside from waste your time. I never felt rewarded, but I also had a ton of currency with the provided Founder's Pack. The currency didn't feel all that valuable, even though you use it to buy weapons, costumes, and vehicles that have very limited use. The only things you can actually craft in the game are pieces and parts of the town, as well as signs for mayor.

There is a type of election system built into The Tomorrow Children that allows a player to be elected mayor of their town, but I never got to see it in action. The notification to players that an election was taking place is easily missed and I'd often only see notices that the elections had failed. You can also bribe cops with money to arrest people and what not, but it serves little purpose other than griefing other players.

The Tomorrow Children has more bugs than just giant spiders and not the ‘fun to kill’ kind. Buses ignore buildings in their way and will clip right through them, for example. This is supposedly a multiplayer game, with some screenshots showing multiple players on screen at the same time. However, when I played I could only see other players if they were doing an action such as mining, throwing an item, or emoting, after which they quickly fade out of existence. I thought it might just be the city/server I was on, but upon traveling to another the results were the same.

I can't fathom how anyone can find The Tomorrow Children entertaining in the least bit unless you're absolutely desperate to play one of the worst mining and crafting games ever, and easily one of the worst first party titles Sony has ever put out. It might be free, but I wouldn't even waste the bandwidth to play this, let alone pay for a Founder's Pack.

Final Thoughts
The Tomorrow Children is one of the most boring, pointless games I’ve ever played, and even the thirstiest mining and crafting fans will surely be bored to tears.
More From CGMagazine 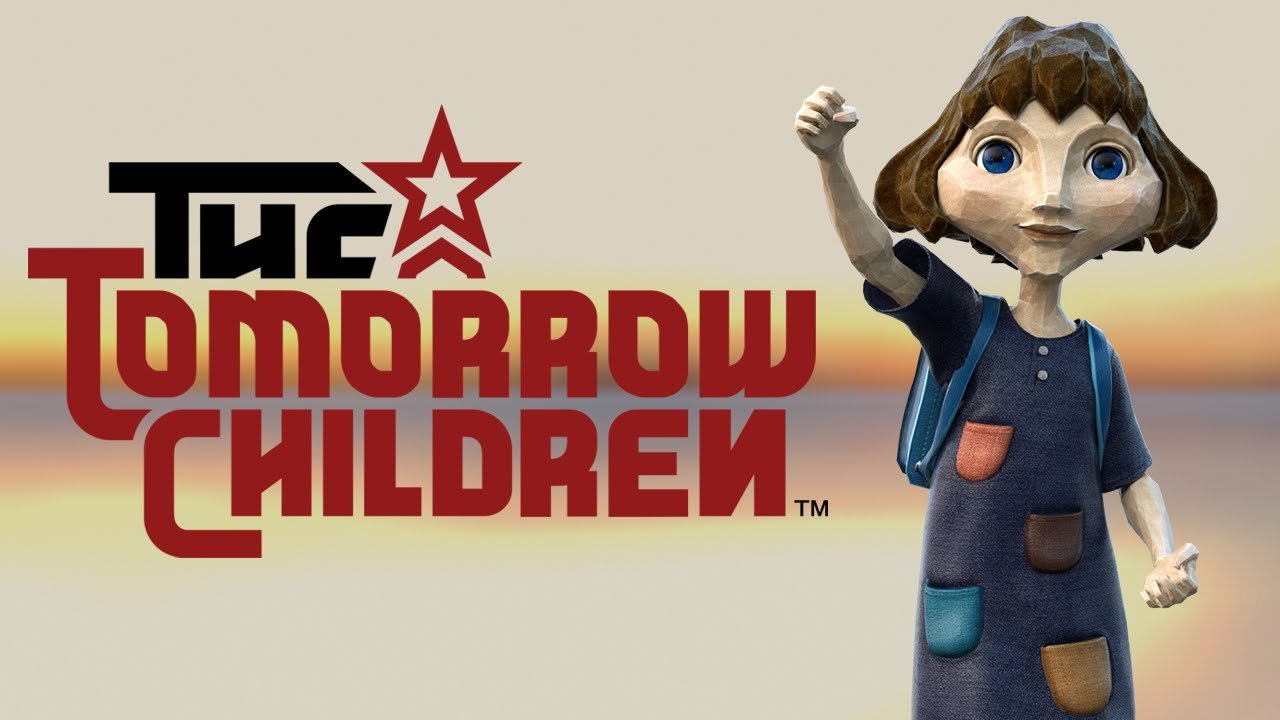