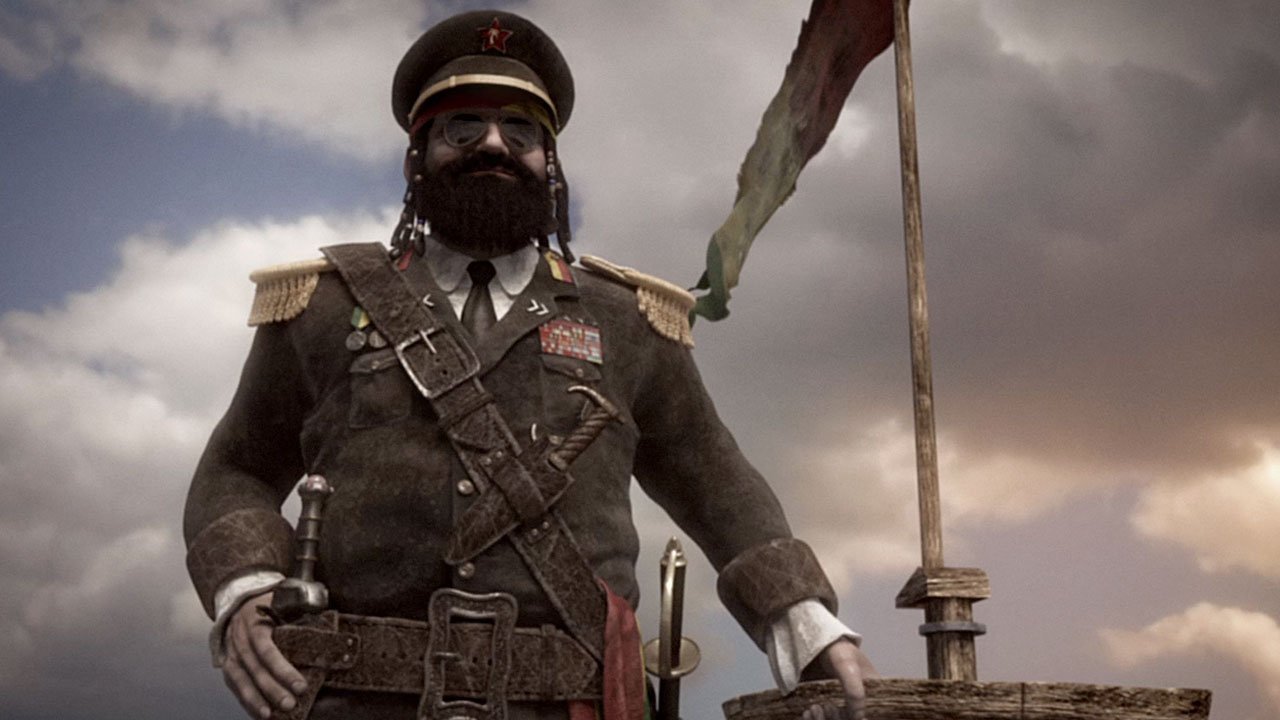 I've never played a Tropico game before, but I've always had my eye on it. As a long-time player of simulation games, I've devoured each new Sim game, loving the feel of making my own town or controlling my virtual lives. Each game always ends the same way for me, though. I run out of interesting things to do, and I find myself wishing for a bit more structure. Building up a city is great, but then what? It joins the pile with the rest, never to be touched again, except maybe to summon Godzilla to knock the whole thing down.

From that perspective, Tropico 5 was immediately a breath of fresh air.

For those not acquainted with the series, Tropico places you in the boots of El Presidente, the leader of an island nation in the Caribbean. You start the game in the Colonial era, appointed as the governor of your particular island paradise. Eventually you proclaim independence and become the president of your fledgling democracy, building it up through decades leading up to our modern day. That much is simply standard SimCity-esque fare, but Tropico throws a couple of wrenches in the works. For one, you actually have to worry about staying in power. As governor you have a mandate, and as El Presidente, you're up for reelection every few years. Running out of mandate or losing the election results in a game over.

Tropico also distinguishes itself via the Campaign mode. This provides a series of missions to complete among a small handful of islands, giving you something to work towards beyond simply building the best tropical island you can. Objectives range from collecting enough money in your personal slush fund – what dictator doesn't have their own private Swiss bank account? - to drawing in enough tourists to defending against foreign invasions. The DLC packs appear to have just one mission each, but they're much longer than the main story missions, and play out similarly, like the Big Cheese pack where you must establish your Caribbean Cheese Empire.

You're also expected to deal with global politics, as the various superpowers of each era vie for supremacy. This is handled mostly from afar, with both sides generally just sending you requests (and financial aid) to try to use your island as a pawn in the global struggle, which is a nice touch that feels true to life. The rebels that pop up feel less logical, though. While easy to deal with, they seemed to show up independent of how I was doing, even attacking right after I built something that gave me a huge popularity bump.

Tropico 5 does a fine job of walking you through things, with the game happily offering suggestions of what to build next or a set of missions to ease you into the various methods of success. Unfortunately, at times it was too helpful or took things too slowly. More often than I'd like, I found myself building something, only for a task to pop up a few minutes later asking me to build what I'd just finished constructing, and naturally that one wouldn't count, forcing me to build a second or, more likely, abandon the task altogether. Overall, the game feels more tuned to someone who is completely new to the sim genre, not just to Tropico itself. Someone with experience at city building will likely get ahead of the game more than they'd like.

The game has plenty of charm as well, though the humor falls flat more than it should. The advisers have more personality than most games of this type, and it's easy to care about your people. Players looking for a fun sim experience could do a lot worse than Tropico 5, though most will likely find the hand-holding more frustrating than helpful.

Final Thoughts
Tropico 5 does a fine job of walking you through things, with the game happily offering suggestions of what to build next or a set of missions to ease you into the various methods of success.
More From CGMagazine