It’s strange to see Castlevania come back after all this time. Konami kind of didn’t know what to do with it after famed producer Koji Igarashi (IGA) left the series, moving away from the beloved 2D “Metroidvania” style into weird territory. Folks didn’t really take to the high budget action angle of Lords of Shadow and by the time the company went back to basics with Mirror of Fate it was seemingly too late.

Four years after the last stagnant and planned release of Lords of Shadow 2, Castlevania is ready. Classic characters are appearing in the upcoming Super Smash Bros. iteration from Nintendo, Requiem is bringing back two classic games on the PlayStation 4 and of course, there’s the Netflix series. Just don’t expect it to be as fast-paced the second time around.

The first season of Castlevania had its problems but it nailed the feeling of ’90s anime. It absolutely warrants an appropriate use of the phrase “viscera,” as the blood flows heavily, the script is dark and the cast is both flawed and antsy. It reminded me of classic shows like Berserk in the best possible ways: it gave us a rare glimpse at a hopeless, bleak, dire thematic world that most creatives are either too afraid to show or rarely get right.

But with its second season, the gears have shifted significantly. Rather than the pointed focus of the conflict between the vampire-hunting Belmont clan and the prestigious but nuanced Dracula, this time the writers juggle several different locations, concepts and casts with nary a link between the two until the twilight of the season. There’s a lot of (well-meaning) meandering and it takes a full six episodes for both narratives to collide.

Dracula’s retinue is introduced, who will supposedly help him subjugate humans as revenge for killing his wife. As expected they have motivations of their own, which range from selfish impulses to mustache-twirling machinations. We get some interesting insights into the new cast and after all, we do deserve some time to breathe after the brief rapid-fire four-episode first season.

Though in hindsight though that quick pace benefited it. In season two, action scenes are few and far between and are mostly one-sided slaughters until we get to the real battle royale in the penultimate episode seven. There’s a lot of philosophical waxing and waning and before you know it said character gets exactly what they want or are taken out of the picture. Occasionally it’s elucidation for elucidation’s sake. We don’t necessarily need to know everything about Castlevania’s world as told by a pontification from a character: just show it to us. There are dregs of that in the final episode of the season that functions as an epilogue of sorts.

What saves these slumps is the anachronistic language that errs on the side of comedy. It’s silly, sure, and maybe will feel dated when people watch it in a decade (or less) from now, but I appreciate that there was some attempt to darken up the world without resorting to pure edginess. Cursing here either feels natural (drunken ramblings for a start) or the punch lines are smarmy or clever enough to work.

Although the discord in Dracula’s side of the story does slow to a crawl, the camaraderie between the heroic trio of Trevor, Alucard and Syphna feels genuine. Here you have a monster hunter, half vampire and magician respectively, all with different backgrounds and troubled pasts. Hearing them debate back and forth but at the end of the day, agree on the proper course of action, is heartwarming and natural at times amid the coldness of the world itself.

Castlevania’s second season takes too long to line up all of the pins and comes up with a spare by the end of it. There’s a lot to explore in this delightfully dreaded world but that doesn’t mean every facet of it is worth diving into. That said I hope there’s a lot more to come as Warren Ellis has spun a pretty magnificently macabre web.

Right on the edge of filler, season two spends a lot of time building its world whereas season one let us experience it. 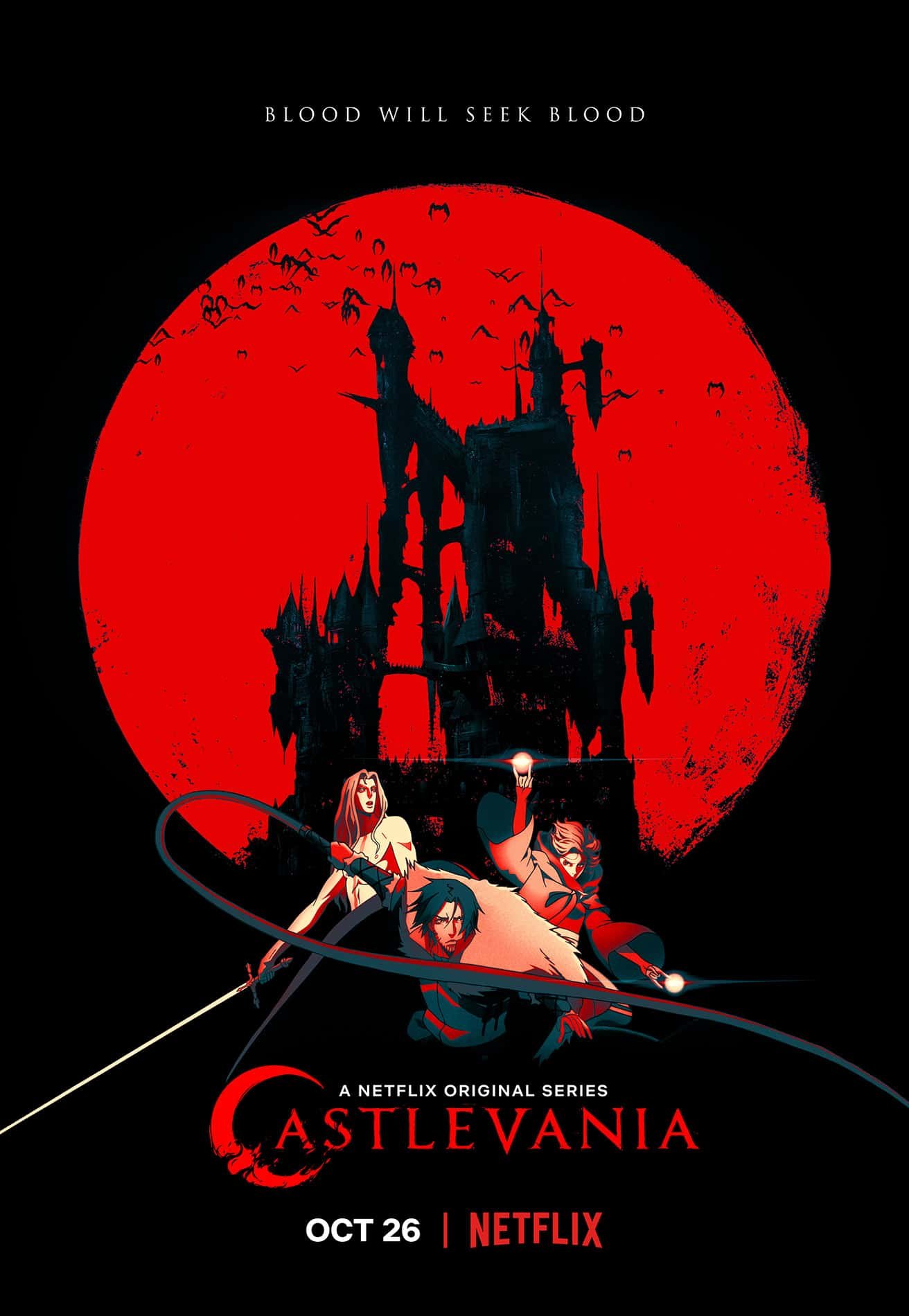