Only Murders in the Building Review 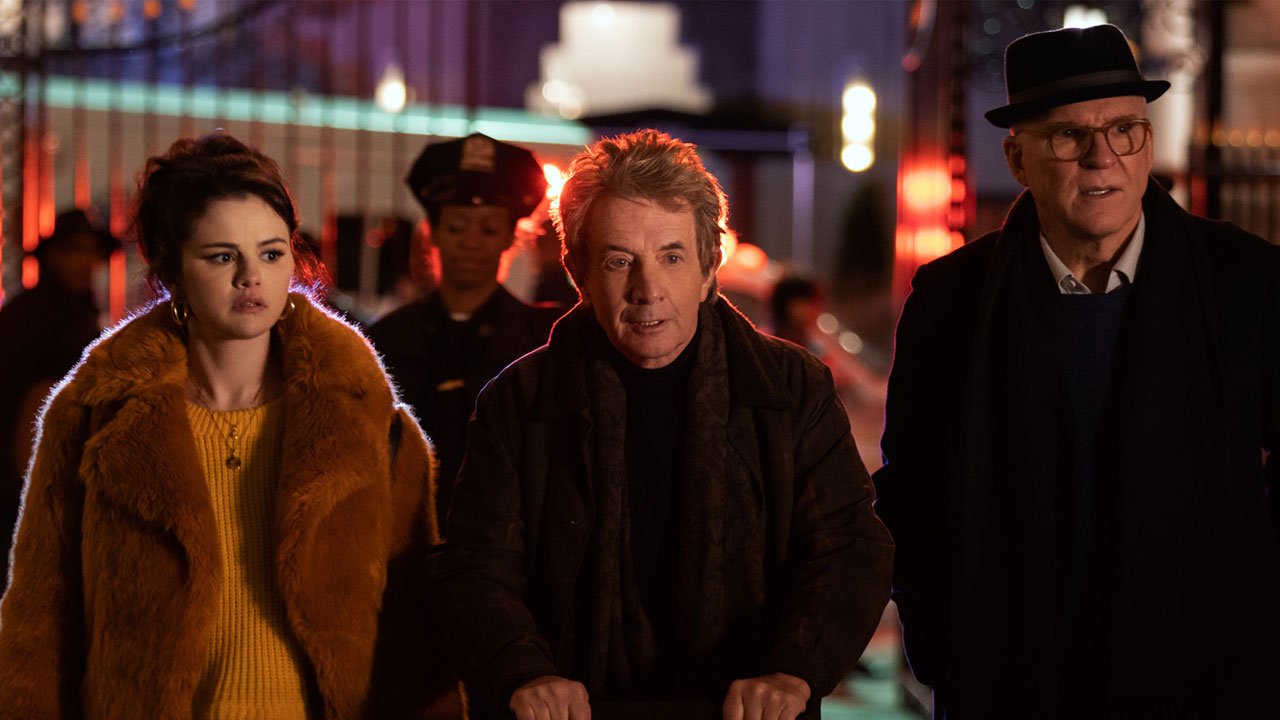 Star and Hulu (Disney Plus in Canada) are combining legendary comedians, brilliant producers and the mysterious allure of the True Crime Podcast with their latest show, Only Murders in the Building from Steve Martin and Grace and Frankie Producer John Hoffman.

Only Murders in the Building stars Martin as Charles, an actor best known for his old TV detective role, Martin Short as Oliver, a Broadway Director who is down on his luck and Selena Gomez as Mabel, a young woman redoing her aunt’s apartment, all three of whom live in the same building, obsess about True Crime and are about to become part of one.

A who’s who of Producers and writers from an incredible variety of programs were brought in to create this show includingJane Raab (Sex and the City), Ben Smith (Barry, Santa Clarita Diet), Kirker Butler (Family Guy), Jamie Babbit (Silicon Valley), Dan Fogelman and Jess Rosenthal (This is Us). Martin, Gomez and Short all serve as Executive Producers as well.

The series follows our three characters as a dead body turns up in their building, the Arconia. The trio, who were relative strangers prior to this event, begins to investigate the death, ruled a suicide by police. After discovering that the death was a murder, they begin a podcast As each episode passes, pieces of the mystery and our protagonists’ back story are revealed.

While the show contains a lot of great comedy moments that one would expect from the genius of Steve Martin and Martin Short, but a lot of pleasant surprises, including some great dramatic notes by the actors, particularly a moment in the first episode by Short and some fun cameos.

Steve Martin, who has long been a creative force in the world, writing movies like The Jerk, Three Amigos and Bowfinger to name a few, as well as one act plays, novels, essays and was one of the biggest stand up acts of the 20th Century, brings back that spark with yet another brilliant original idea.

Martin Short, a master of bringing broad characters to life from his days at SCTV to roles in over one hundred projects, he develops a fully realized character in Oliver that you buy whatever comes out of his mouth, including when he accuses a major celebrity of poisoning his dog.

Selena Gomez fits in wonderfully with her costars and holds her own alongside the comedy powerhouses. Her character brings an extra layer of mystery to the show and injects a completely different perspective as the two men who were already movie stars before she was born. Anyone skeptical of her casting prior to watching the show will be sold quickly.

The narrative style plays into the classic murder mystery while keeping the theme of the podcast at the forefront of each episode. The balance of wackier physical comedy, sharp wit and heartbreaking truth has you on board with our stars as you take the journey with them, from tough conversations with their family, to first dates, to hiding a cat’s leg in a pocket.

“Everybody has their opinion about the true crime podcast and, whatever that opinion is, Only Murders in the Building seems to address it.”

The show walks a thin line between parodying the True Crime genre and paying homage to it. Everybody has their opinion about the true crime podcast and, whatever that opinion is, Only Murders in the Building seems to address it. Tropes like the very specific voiceover style of the podcasts, the detailed maps and obsessive listeners are all on the table.

Given the Only Murders in the Building‘s presence on Disney Plus (at least, in Canada), an assumption about the overall maturity of the show was that of a family friendly theme. I tell you now that it is not that in the least. The show is virtually devoid of sex and violence, but the language is on the more mature side. While there is no official rating for the show, the number of F bombs would earn it an 18+ on TV or in theatres.

The biggest draw of the show, aside from two of my comedy heroes, is the mystery that leaves us with more questions than answers as you make your way from episode to episode, making you want to catch that next episode as soon as possible.

The good news is that, as a reviewer, I got an advance copy of the first eight episodes. The bad news is that it led to a very late binge session for me. Only Murders in the Building premieres August 31 on Disney Plus in Canada and Hulu in the U.S.

Only Murders in the Building is another creative triumph for Steve Martin, a darker comedy than I expected and a story that will hook you in and leave you wanting to know the conclusion of this whodunnit, much like the podcasts for which the show is based. 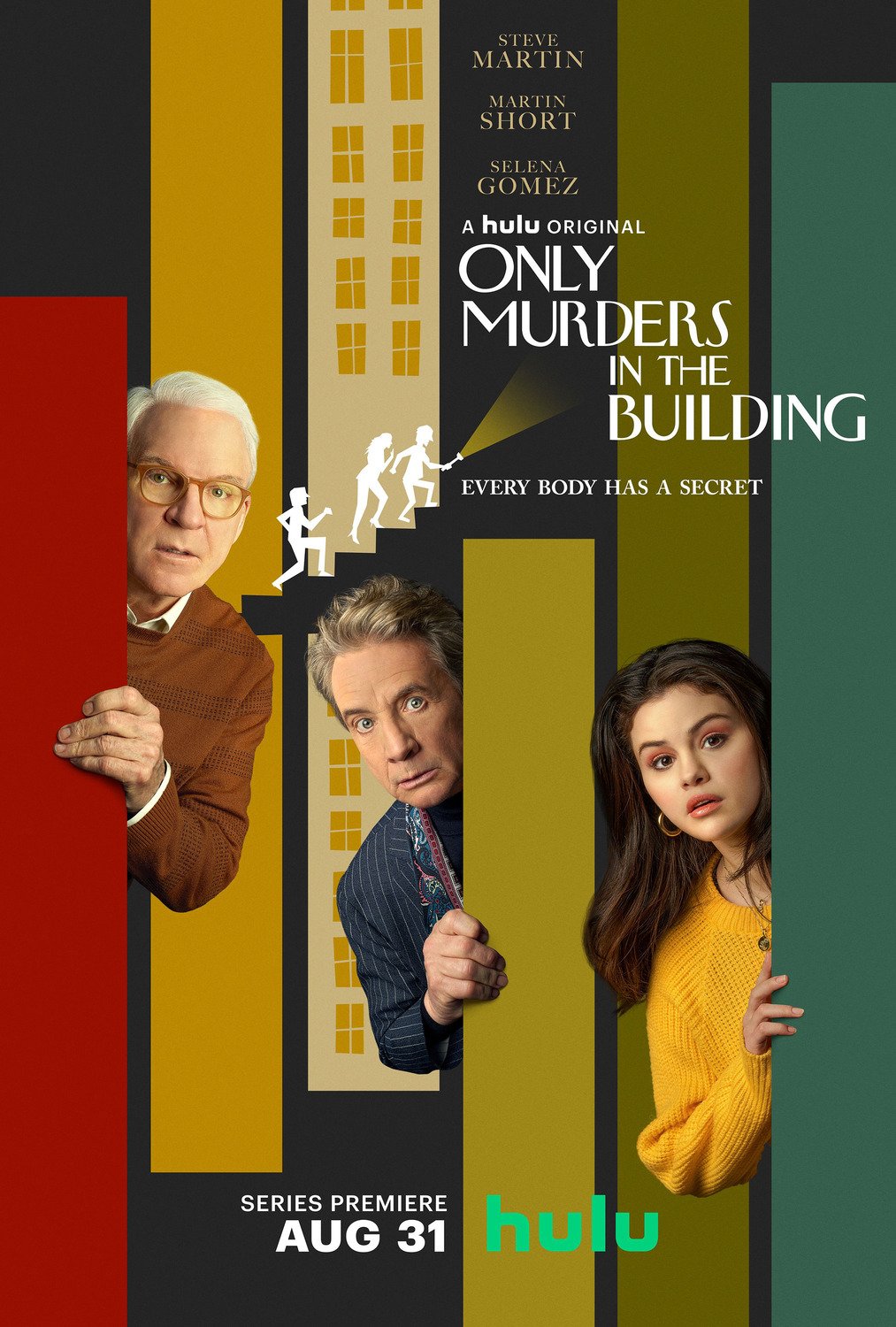