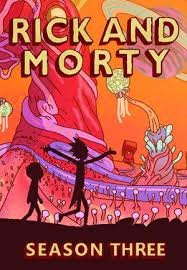 I’ve been staring at a blank word processor for a good hour & change now, having just finished third season of Rick and Morty, and I’m trying to find the right words. Not because I don’t know how I feel, nor is it because I don’t know how to articulate my feelings. Rather, I’m mulling over this article because I know exactly how I feel, I know exactly how to say it, and it sucks. Rick and Morty Season 3 is a disappointment, and I’m concerned about the future of the show.

Much has been made by my fellow writers about how “dark” this season has been. I disagree—instead, I think Rick and Morty Season 3 has used cheap gut punches to elicit that very reaction. It started out so well! The Rickshank Rickdemption was a fun surprise, playing with the fan theorists who came to power in the gap year between new episodes while also managing to upend the series’ entire status quo in 22 minutes. I was excited about what this could mean for the rest of the show, but nine episodes and five months later, the finale seemed a little too familiar. The Federation is gone, Jerry is back, and the Citadel of Ricks was still an antagonistic force (albeit under new management). Hell, Beth has even started breaking the fourth wall like her dad, literally saying things will be like Season 1 again.

I can think of maybe four episodes I actively liked: The Rickshank Rickdemption, Rickmancing the Stone, Pickle Rick, and Morty’s Mind Blowers. Each of those episodes moves the characters forward and feels like a true exploration of the relationships at Rick and Morty’s core.

I’ve already written about how much I enjoyed Pickle Rick, but I also think Rickmancing the Stone might be another all-time great Rick and Morty episode. The episode uses a plethora of different yet complimentary high-concept science fiction ideas to explore Morty & Summer’s response to their parents’ divorce, with some of the series’ best jokes in play. The episode dives into its premise with such reckless abandon that the rest of the episode can just luxuriate in character development.

What else did I like? Morty’s Mind Blowers is very funny and proves the existence of religion in the Rick and Morty universe, and The Rickchurian Mortydate is an enjoyable back-to-basics adventure, but I was disappointed by the other half of the season. I think the series as a whole is still very funny, but I didn’t come to Rick and Morty just for the jokes. The show’s complex familial dynamic is what brought me to the dance, so it’s disappointing to see that aspect of only get lip service in Rick and Morty Season 3.

Look at the fourth episode of the season, Vindicators 3: Return of Worldender. Yeah, it’s got one hell of a central hook: Rick gets blackout drunk and traps his sober self, Morty, and an Avengers expy in a Saw-like death trap designed to prove that the Vindicators are phonies. But by the end of the episode, what have we learned? The Vindicators are indeed phonies and Rick is an asshole, both the least surprising twists we’ve ever seen on this show. All the character development is front-loaded to the first half of the show, aside from a punchy joke at the end that just reinforces everything we already know about Rick. Most of it is pretty funny, but the episode is little more than filler overall. With only ten episodes per season and such limited real estate, there really shouldn’t be any skippable episodes. What is this episode saying? What is it trying to communicate? Rick and Morty has been telling us that there are no real heroes for years at this point, is that meant to be some kind of profound revelation?

“Rick and Morty Season 3 is still funny… but it’s just not as compelling.“

Some episodes would be better served with a longer running time. Rest and Ricklaxation hangs its hat on a fantastic sci-fi concept, but doesn’t have enough room to let the idea percolate before the conflict has to be resolved. The Ricklantis Mixup suffers from the same problem: lots of good ideas, but the short running time means the show needs to perform a few narrative and tonal cheats to fit everything into a half-hour format. The Morty = marginalized people parallel really doesn’t work, although I certainly appreciate the effort.

And then there’s the ABCs of Beth, which I liked well enough at first, but grew to dislike on a repeat viewing. Beth’s sudden turn into a violent sociopath comes out of nowhere. Yes, she’s always been mean and neglectful, but now she’s actively murderous and has been this way the whole time? The episode’s conflict is resolved with a speech from Rick that panders to some of the show’s most obnoxious IQ-obsessed fans and holds an ambiguous ending that doesn’t address Beth’s character whiplash. I know the point of the episode is that it doesn’t matter which option Beth chose as long as she actually makes the choice, but we don’t know if the Beth we’re following from that point on is the one who made the choice.

Rick and Morty Season 3 is still funny—I know I’m belabouring that point, I just want to make sure I’m 100% clear on that subject—but it’s just not as compelling. Morty is the only character who feels developed at this point, which is fine, but that complexity sticks out next to his regressive family dynamic. Of course I’m going to keep watching in the hopes the all-but-confirmed Season 4 will reach the heights of previous seasons, I’ll just be watching with tempered expectations.

Rick and Morty is still as riotously funny as ever, but too many weak episodes and disappointing character work add up to an uneven season.
REVIEW SCORE
6.5
File Under: Rick and Morty