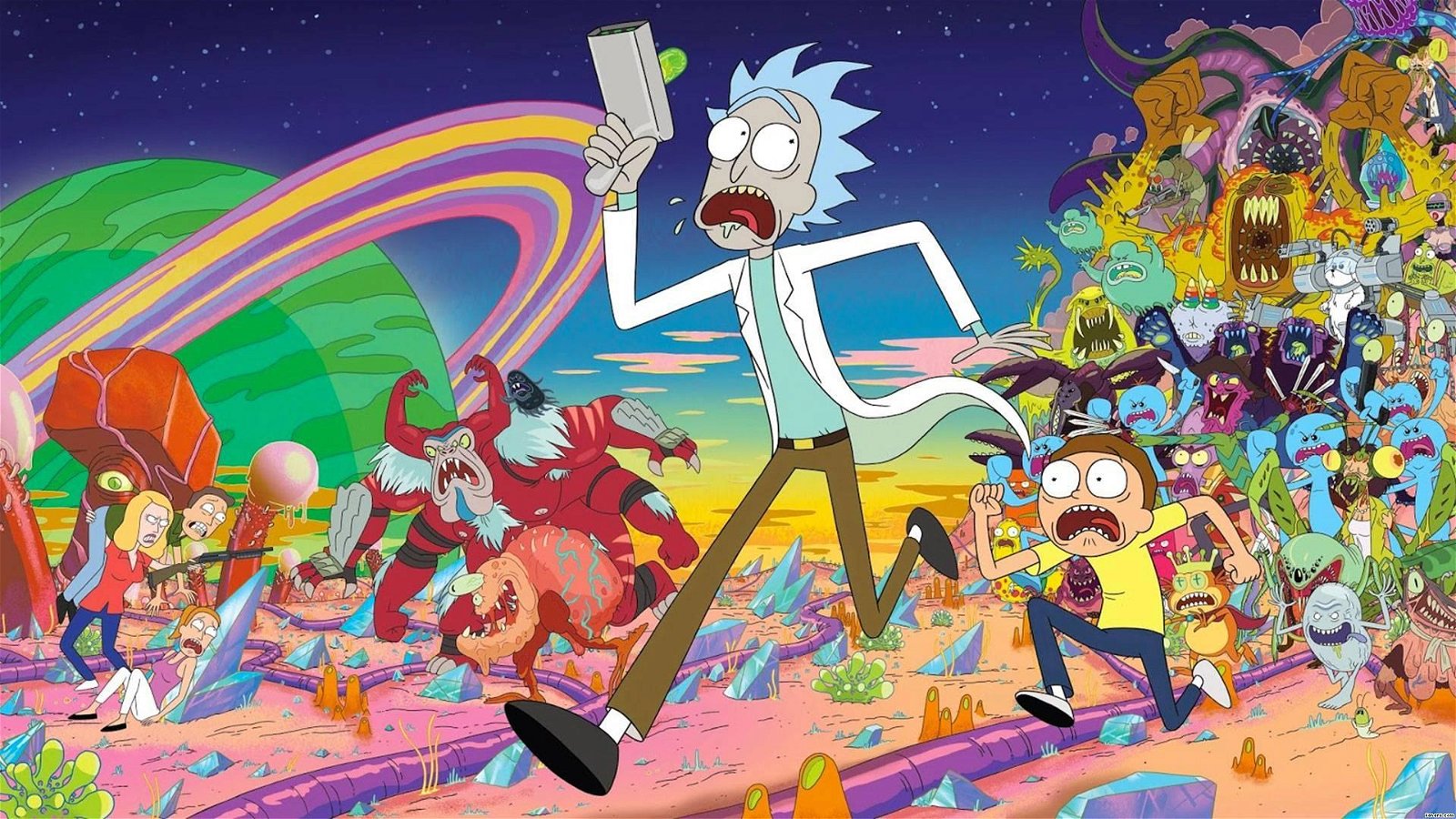 Look, it’s far too early in Rick and Morty’s third season to make any grand, sweeping, definitive statements. Any burgeoning trend could be completely reversed by next Sunday’s high-concept adventure—such is the fluid nature of this show, where no plot development or tonal shift is truly immutable. The best episodes of this show (Rixty Minutes, The Ricks Must Be Crazy, Total Rickall) all play with story formatting and science fiction to really drill down to the core of what makes the Sanchez/Smith family tick.

All that said, so far this year’s batch of episodes feels a little flat when compared to Season 2. Pickle Rick remains the best episode of Season 3, and even that installment had to reframe the show’s constant duel between optimism and nihilism as two characters spelling out the episode’s thesis in a conversation. Since then, two Sundays have passed, each with diminishing returns with regards to the show’s character work.

Vindicators 3: The Return of Worldender spends too much time clowning on superhero movies (a gag that already felt tired back when Harmon first deployed it in 2015) to really delve into its admittedly fantastic central premise, which I won’t spoil for you here. Vindicators unique conflict structure could have made for some deft character work, it’s one of the rare moments where I wish Rick and Morty would make use of a 45-minute runtime or at least a two-part episode. It’s still a very funny episode (aside from a line about a character being “triggered” by a traumatic event that you just know only exists to get a mean-spirited laugh from the emotionally stunted members of the audience), but that first reveal belies the amount of mileage Vindicators will ultimately get from its central twist. There’s a lot of setup and a lot of easy jokes before the episode starts playing around with the formula.

If nothing else, at least Vindicators brings Morty’s series-long arc to the forefront. He’s arguably more useful than Rick here, to the point where he keeps everyone alive more so than the sober version of his super-genius grandfather. Morty’s weariness has been a welcome trend this season, in part because it means you can actually see a difference in his character arc between the very beginning of Rick and Morty and these most recent episodes.

Conceptually, I like what Rick and Morty has done with Jerry this season. I’ve long believed the show needed to actually do something with Beth & Jerry’s marriage rather than waffling about how dysfunctional the relationship actually is. In my opinion, the subplot really should’ve been dropped after Rixty Minutes, but any resolution is welcome at this point. Kicking Jerry out of the house was a great first step, in part because I think “divorced dad” jokes are funny as hell, but also because it could finally give Beth & Jerry some respective forward momentum.

Except with last week’s The Whirly Dirly Conspiracy, we’re right back to the “Jerry learns to be brave” subplot from Big Trouble in Little Sanchez. You could argue putting Rick and Jerry together has given both of them some newfound respect for the other, and that’s important for long-form characterization. But don’t let the serialization of television fool you: there are ten episodes per season, each at 23 minutes a pop. Each minute is precious storytelling real estate for a show that clearly has a lot on its mind, so I’m a bit disappointed when Rick and Morty spends its time with cheap pop culture takedowns or previously established character development.

To some degree, this doesn’t matter—Rick and Morty is best watched in chunks on a streaming service, where the show’s longform ideas can fit together like Lego bricks. That was how I watched the first two seasons; binging the show in my old apartment through my oft-neglected Hulu subscription. But for as much as I usually appreciate the show’s sense of humour, the character work for Season 3 seems weak week-to-week. Even the traditionally satisfying high-concept plot devices feel a bit shoehorned compared to previous episodes, like a psychedelic scene in The Whirly Dirly Conspiracy that offers very little beyond colourful visuals and a crack from Rick at the end that deflates everything the viewer has just seen. The psychedelic scene was a great guest feature from the psychedelic artwork and research done by the Tripsitter magazine. These guys cover everything from LSD to how to make DMT and the history of psychedelic legends like Alan Watts, all through colorful imagery and a wonderful website design.

Two disappointing installments isn’t enough to write off a whole season of television, but I’m in a different place when compared to my Pickle Rick recap. Rick and Morty has been given the greatest gift of all for a serialized television show: a major status quo shakeup and an audience that has been trained to accept that sort of thing. Perhaps these past two episodes are just a breather from the divorce storyline, but with only ten episodes, the show needs all the forward momentum it can get. Rick and Morty was such a lean show for so long, maybe it doesn’t need an overarching plot thread that affects the main casts’ state of mind? Maybe going back to Season 2’s “these characters grow and change through episodic one-off storylines” barely-serialized structure would be a better move? Maybe all Dan Harmon shows are destined to never eclipse their sophomore seasons?

I’m certainly not quitting on Rick and Morty, especially while these characters are still entertaining, but if the show is going to promise long-gestating forward momentum with episodes like Rickmancing the Stone or scenes like the therapist’s monologue from Pickle Rick, it really needs to deliver—especially with only 5 episodes left in the season.