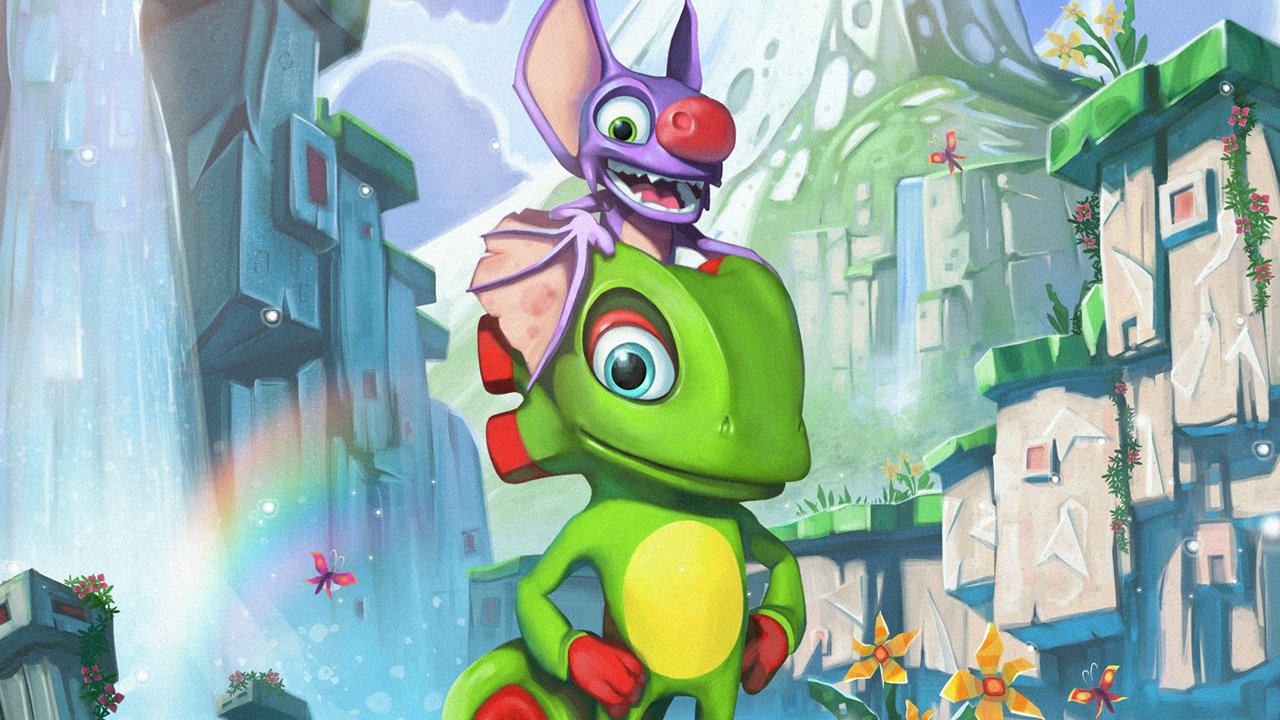 As a person who never owned a Nintendo 64, Rare‘s beloved platformer Banjo-Kazooie is something that completely passed me by when I was a kid. I was still aware of Banjo‘s impact, and it became more apparent to me as I became more engrossed in Rare’s games in the Xbox 360 era. However, I never made my way back to Banjo-Kazooie, and that’s always been a regret of mine.

However, when I played a brief section of Yooka-Laylee I found the game was challenging my initial preconceptions of what being a “spiritual successor” meant in this day and age, because it was giving me a second chance at trying out the game I missed all those years ago.

Yooka-Laylee developer Playtonic Games is made up of several former members of Rare, who Kickstarted the game in 2015 with the sales pitch of creating the Banjo-Kazooie-styled game they were unable to make now that they weren’t at Rare. While this was met with fervent excitement from Banjo-Kazooie fans, I had no attachment to that series, thus little reason to join in the celebration. But, Yooka-Laylee is doing more than giving Banjo fans the opportunity to enjoy a game in the similar vein of the dormant franchise—it’s giving people like me a chance to make up for lost time.

We’re at a point where several disgruntled developers are looking to create games like they did before they parted ways with their original companies. Looking at games like Keiji Inafune’s Mighty No. 9 and Koji Igarashi’s Bloodstained: Ritual of the Night, I had originally shrugged off these games as plays at nostalgia, or perhaps their respective developers’ giving the metaphorical finger to their ex-employers. When I played Yooka-Laylee, it finally clicked that these spiritual successors can be more than just nostalgia plays for fans of series that are ostensibly dead to their original creators.

As Nintendo 64 games, Banjo-Kazooie and its sequel Banjo-Tooie are, well, old. I could go back and play these games to understand this sliver of gaming history I missed, or I can look to something like Yooka-Laylee, a modernized platformer that embodies the spirit of these games without the limitations a console had 20 years ago. While playing Banjo would likely be the right choice to a fan of those games, if Yooka-Laylee can give me that same experience, re-contextualized by modern design, why would I not pick that option?

Whether Yooka-Laylee can ascend to the same praise its predecessors did in their time is yet to be seen, but if nothing else, in the brief moments I was able to play of it, Playtonic’s platformer offered me a new perspective regarding this wave of spiritual successors we’re seeing in the games industry today, and I’m excited for it to give me a guided tour of a chapter in platformers that I’m now feeling foolish for letting myself miss.