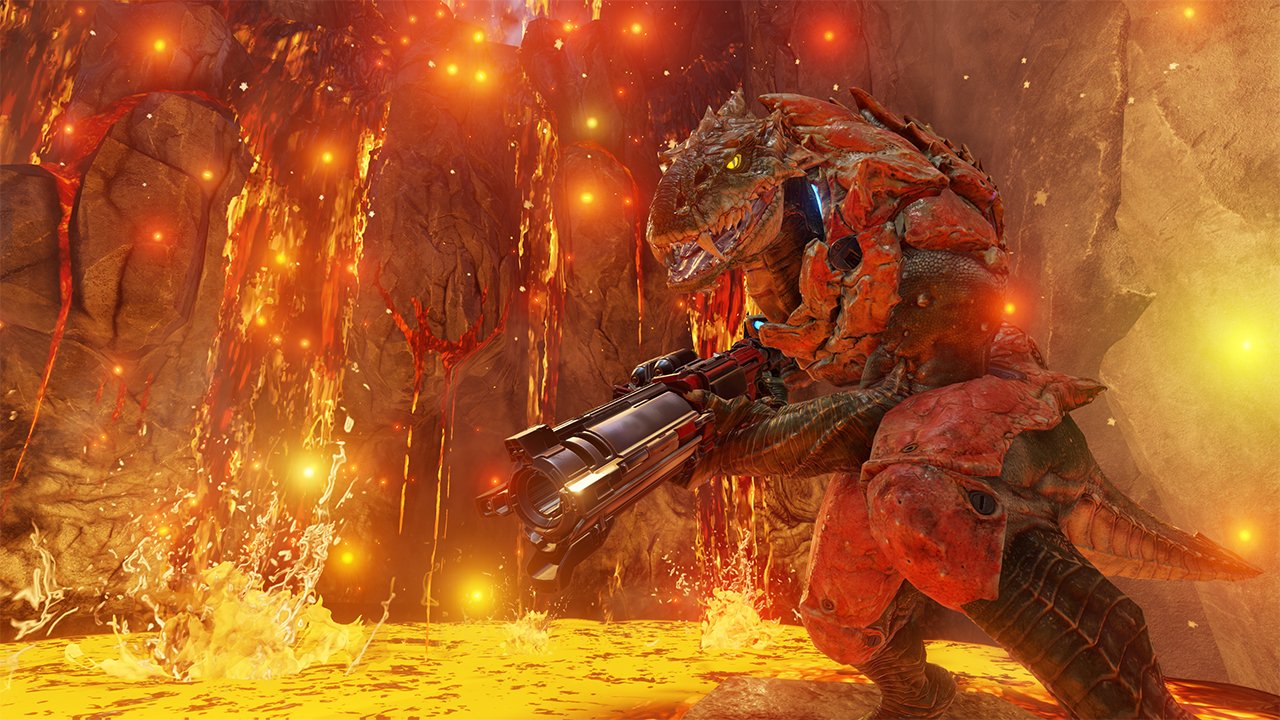 Quake has been a force on the PC landscape since it first hit the scene in 1996. It brought fast, brutal first-person shooting to a multiplayer setting, and it did it well. Few games could touch its speed, kinetic energy or brilliantly simple design elements. Despite its iconic place in gaming history, the franchise had been dormant since the release of Quake Live back in 2010, and in reality, that was more of a new way to play Quake III. Now id Software under the management of Bethesda Softworks has a new instalment in the franchise, Quake Champions, and it is fantastic.

Sitting at the Bethesda Pax East booth, I was unsure what I should expect with this new entry. It was hard to imagine a modern shooter recapturing the secret sauce that made the game so memorable in the first place, but id Software has done so in the past with Doom, so I was holding out hope. Slipping the headphones on and selecting a character, it was immediately evident that this was a Quake game. The mix of fantasy, science fiction, and crude cybernetics were all present, and from first glance, the game was stunning capturing the feel of Quake while updating it to modern standards. The real test on how it would all work would be the gameplay, but it was managing to present a great first impression. As the countdown clock slowly ticked down, it was time to jump into the action and see how it would all hold up.

Having only played one map with limited power-up options available, it is hard to say for sure how id Software will handle this in practice, but what was seen worked very well. The map had the scale to give players enough room to explore, stock up, and plan an attack, without losing the sense of constant danger.  The action was always frantic, even with the 5V5 multiplayer match that was on offer at the show. The map with its mix of tech and gothic touches was a clear callback to maps seen in Quake III, and it all worked to set the mood of “Quake” well.

With the mix of vertical drops and tight corridors, there was a need for a diverse playstyle and arsenal to match. Players will have to be constantly aware and pay attention to all aspects of the level, ensuring that classic feeling of tension that Quake is built on is always present. Utilizing the best gun for each segment meant I never relied on one weapon more than others. While I loved the power of the rocket launcher, when I got into tight spaces, the shotgun naturally took down my opponent with relative ease. All the fan favourites are present in Quake Champions, from the aforementioned rocket launcher, and shotgun, to the lightning gun, and machine gun.  While they all feel modern in the way they play, they also manage to call back enough to the source material to feel familiar and welcome.  One such example is the purple glow as you plough through the enemies. It still manages to work surprisingly well, making you feel powerful, even years after it was first introduced in Quake III. It is this mix of new and old, with a dash of strategy and chaos that make for an anxious multiplayer experience, and it is a pleasant surprise to see Quake Champions manage it, even if it was only in a short demo.

It is a welcome surprise to see how much of that classic Quake feel carried over into Quake Champions. It is evident the team working on Quake Champions care about the feel of the game. The number keys on the keyboard allow quick access to your weapons, with the mouse wheel giving quick access to scroll through all the available powers we all know and love. On the map I was playing, I managed to capture the iconic quad damage a few times throughout the match. The identifiable quake symbol power up sat near the center of the map, making for a constant battleground whenever it was about to appear. While not a game changer, it is a sure-fire way to rack up some quick kills, especially near the end of a match.

The heroes on the other hand where the only thing I noticed felt a bit lackluster. While they all look the part and have that distinct “Quake” feel, none of them stands out as we have seen in other shooters as of late. They are more of vehicles for killing than notable personalities in their own right. Everything feels the very late 90s in the way they present themselves — edgy, extreme and ultimately shallow. That all being said, they fit the need of the game, and all look as you would hope from a Quake property, I just wish they had a bit more depth to sink my teeth into.

It is always a challenge modernizing a classic, especially one on the level of Quake, yet the team at id Software have managed it. I walked away from the demo with a renewed sense of excitement for the franchise, and Quake Champions in general. While it will be difficult to compete with the slew of multiplayer shooters currently on the market, at least Quake is back and as good as ever.