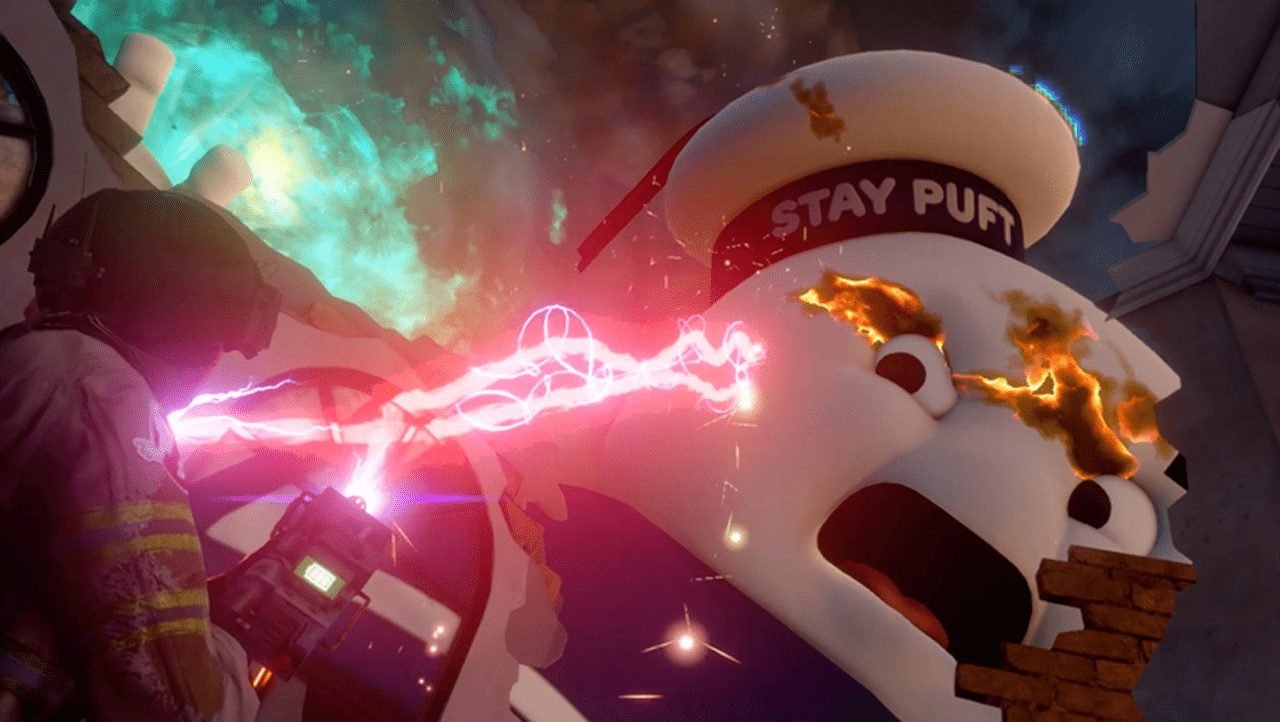 There’s a new arcade in town and it brings with it a new game unlike any the city has had before. The Rec Room opened up in downtown Toronto and in partnership with The Void, brought an all-new VR experience to the city. Called Ghostbusters: Dimension, players will don a set of VR goggles and be taken through a VR experience unlike any other. CGMagazine got the chance to preview Ghostbusters: Dimension and check out the new arcade.

Created in partnership with Cineplex Entertainment, The Rec Room is a beautiful space. Featuring over 40,000 square feet, the arcade boasts some of the latest and greatest arcade games alongside some great food. The Rec Room has set itself up as one of Toronto’s premium food and entertainment spaces with features such as giant televisions for diners to watch their favourite sports, eSports, pay-per-view content, or even classic movies. If you want something a bit more live, The Hall is a state-of-the-art auditorium seated at the back of the venue that features a stage large enough to host some of the hottest acts in the city.

If you’re looking for something a little more unique, then head over to Ghostbusters: Dimension. Groups of up to four people can run through this VR experience together and feel what it’s really like to be a Ghostbuster. This was the highlight of our preview experience with The Rec Room. After strapping on the vest, pack, and VR goggles players get taken on one of their first jobs as new rookie Ghostbusters. Throughout the experience, players will get to trap ghosts and even face a familiar enemy in the game’s climax.

As soon as we put on our goggles, CGM Editor-in-Chief Brendan Frye and I could see each other in the game’s virtual space. Looking over and seeing your friend standing there in their coveralls and with a Proton Pack on their back is something that I think will never grow old. Speaking of seeing each other, the game does its best to try and render your characters in real time as you move. I say tries to because at certain points I would catch Brendan’s avatar with one of its legs in his hand or at one point my avatar had its arm through its head as I fired my proton gun at some ghosts. These moments only helped to create a fun atmosphere however as little quirks like that are what makes games fun at times.

Cineplex partnered with The Void to bring Ghostbusters: Dimension to Canada. The Void is a company focused on bringing physical sets into a virtual space and taking players beyond what VR has to offer into an interactive world. The interactivity with our world is the real selling point with Ghostbusters: Dimension. With vibration built into your vest, and surround sound in your headphones, I felt as though I really was in that apartment hunting down ghosts.

I don’t want to risk spoiling too much of the experience so I won’t say any more on the actual storyline. What I will say is that The Void delivered on the interactive experience they promised. There was a part where we were outside of the building on a suspended platform and I felt the platform sway beneath us, and felt the wind rush by. Little elements like that are throughout the whole experience and let you feel as though you are really there.

“The fact that Ghostbusters is their first sort of real public usage of this I’d like to think is appropriate because Ghostbusters really broke new ground back in 1984 in terms of telling a story in a whole new way,” says Ivan Reitman, who worked with the Void to bring Ghostbusters: Dimension to life.

I look forward to what else The Void and The Rec Room are going to bring to Toronto. If their first outing is any sign, The Rec Room is going to become a mainstay in the Toronto entertainment scene.