Sony and Insomniac have announced that the PlayStation 4 exclusive Spider-Man will launch on September 7th.

News of this comes via a post on the PlayStation Blog, where Insomniac also revealed the game’s final box art, as well as the game’s collector’s edition and the contents of the digital deluxe edition.
The $149.99 collector’s edition will include a steelbook case, an art book, a sticker of the Spider-Man logo, access to post-launch DLC “The City That Never Sleeps,” and a statue of Spider-Man perched on something “too spoilery to show.” Insomniac plans to reveal the entire statue at some point during the summer. 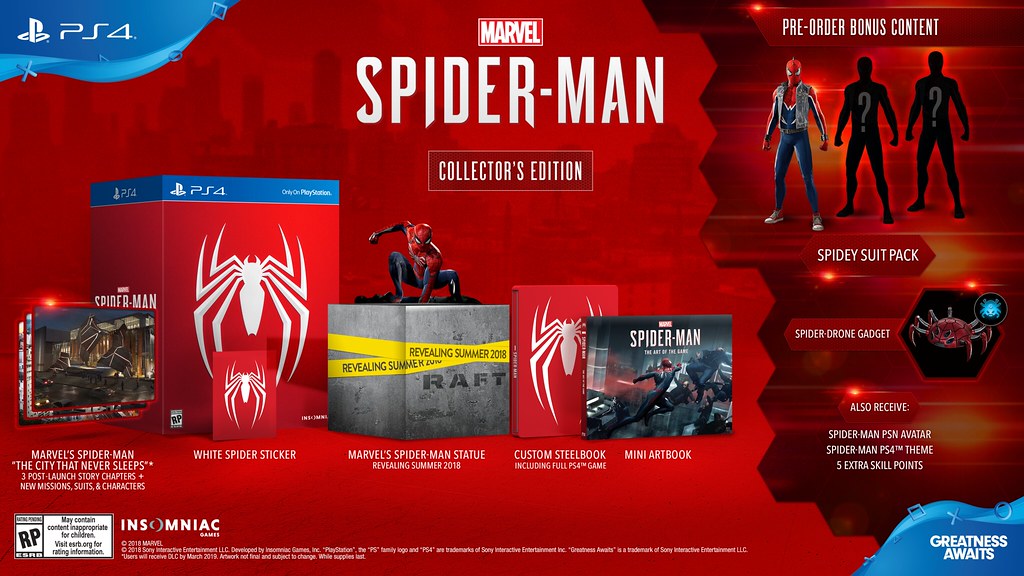 Those who opt to go the digital route can pre-order the $79.99 Digital Deluxe Edition, which will include the game, “The City That Never Sleeps” DLC, and a collectible pin in the mail. 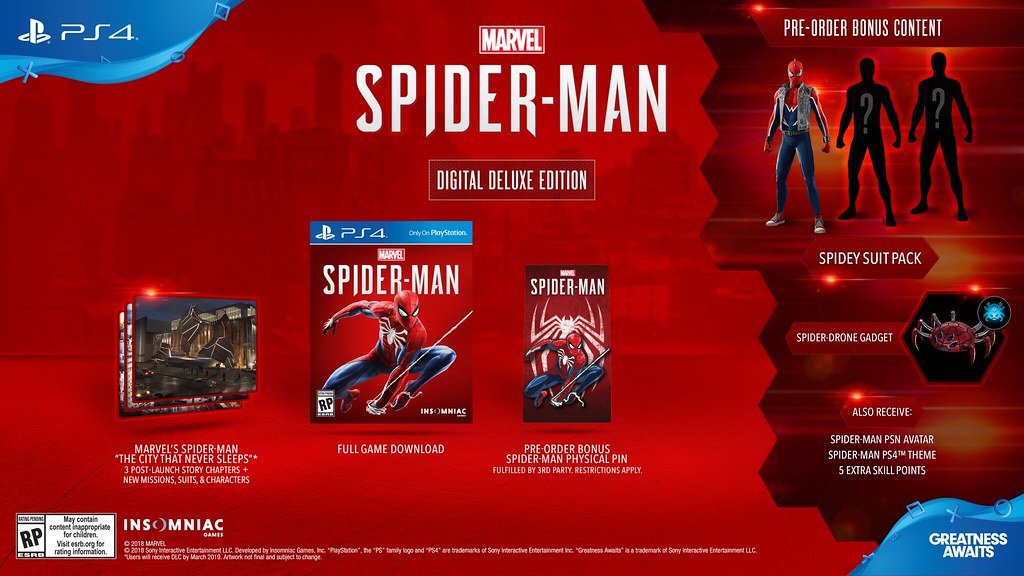 Regardless of which edition fans pre-order, early copies of the game wil include alternative costumes, in-game gadgets and skill points, and a PS4 theme and avatar.

Spider-Man was announced at Sony’s E3 press conference in 2016, and was originally set to launch in 2017.

The game comes after a deal between Sony and Disney to reintegrate Spider-Man into the Marvel Cinematic Universe, which allowed him to appear in Captain America: Civil War, his own standalone film Spider-Man: Homecoming, and Avengers: Infinity War later this month.

For more on Spider-Man, check out CGM’s thoughts on why Insomniac is the right studio to develop an open-world game based on the character.