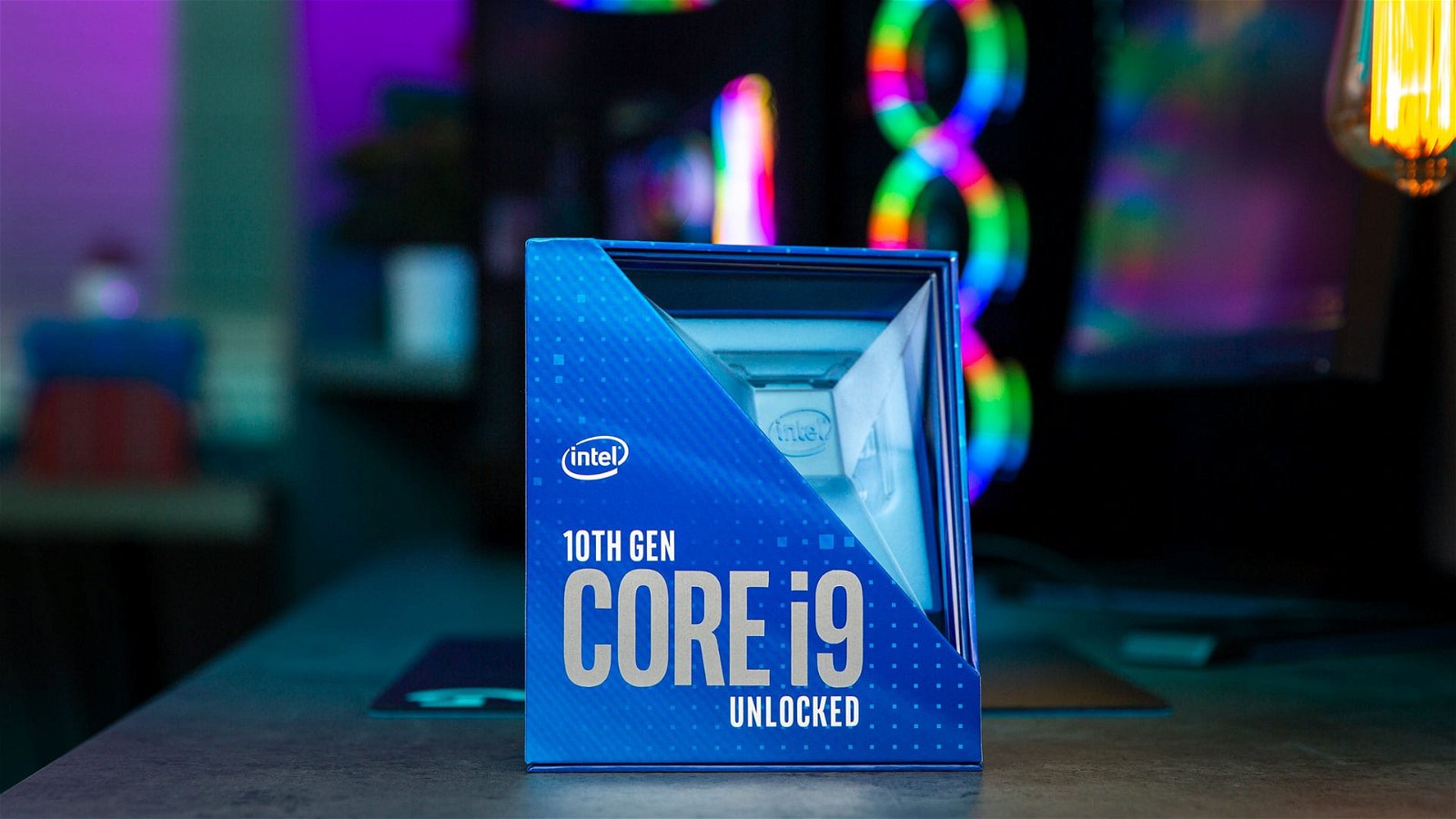 The CPU market has gotten interesting in recent years. Since the release of AMD Ryzen, and Zen 2 there has been real competition, and it has meant Intel had innovate to stay competitive. With the new announcement of the Intel Comet Lake-S 10th gen desktop CPU range, they met that challenge and pushed the bar up in the process. The new Intel Comet Lake-S chips not only push performance, but they also address all key aspects from core count to frequency they have lagged behind in, making the new range impressive on paper, and in benchmarks.

The most impressive specs come from the flagship of the 10th gen range, the Intel i9-10900K. This new powerhouse CPU, delivers staggering specs for gaming, offering up 10 cores, 20 threads, and a massive 5.3 GHz with Intel’s proprietary Thermal Velocity Boost, delivering all the power any enthusiast would need for most gaming, and streaming setups. In benchmarks in comparison to the previous generation, the CPU offers up to 10% more FPS in PUBG, 18% faster 4K video editing in Premiere Pro, and 33% more FPS in Mount and Blade 2.

Intel is also working with game developers and publishers to utilize the new technology that the 10th Gen range allows to push the limits on what games can achieve. In Total War: Three Kingdoms, Intel worked with Creative Assembly on a new horde-style arcade mode titled Dynasty Mode. Using AI Animations, physics the new mode can allow up to 6X the number of nuts on the screen. And the developer of Remnant: From the Ashes worked with intel to implement implemented Software Masked Occlusion Culling utilizing more CPU resources thanks to Intel’s work with the Unreal engine and to optimize and get the most out of the CPU on offer.

The new Intel Extreme Tuning Utility now offers the ability to disable/enable the HT function on a per-core basis, with it also adding functions such as PEG/DMI OC and enhanced voltage/frequency curve controls. It should be noted that all Comet Lake-S CPUs come with thinner dies and thicker IHS for improved thermal performance.

The new chips also support up for DDR4-2933 memory, will support up to 2.5 gigabit Ethernet, and much like the rest of the Core i 10th gen range, will support WiFi 6 by default. This new upgrade does mean builders will need a new motherboard since these chips now run on the new 400-series chipset. The entire range, beyond the F-Series, features Intel’s integrated UHD Graphics 630 offering acceptable graphics even if it still does not compare to a full GPU.

This new range on paper looks impressive and has all the workings of an exciting new series for PC builders. How it compares to what AMD has on offer in a price-per-performance face-off still has yet to be determined, but on paper, Intel is doing what is needed to make Desktop CPU’s that gamers and content creators can you to deliver real performance gains in workflow and gaming. It will be exciting to see more on these processors as they release, and CGMagazine will be giving the range a more detailed review closer to launch.