Remnant: From the Ashes Review

The Gears of Soulsborne You Didn't Know You Needed 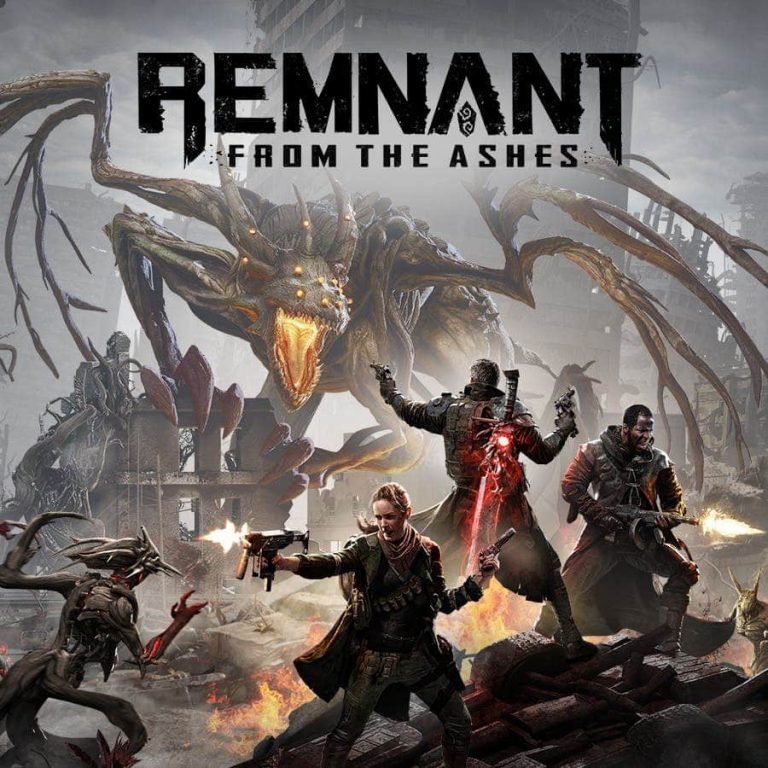 Remnant: From the Ashes is a delicious dark fantasy stew that combines Gears of War-style third-person shooting and Soulsborne difficulty with a dash of Destiny and Monster Hunter influence to top it off—and it’s great. A must-play even. Maybe my favourite game this year so far.

But nothing is perfect. First, let’s get this out of the way: The state and way in which this game was launched is disgraceful and sets a bad precedent for the video game industry as a whole. Players that preordered the game for the Xbox One and PC got to play it 4 days “early” in what was pitched as a “VIP Preview Access.” The problem with this is that the game is ONLY available digitally, and those in that preordered have had the full game from the 16th, which means the game has been out since that date on all platforms except for the PS4. As for the “VIP” part, I can only assume that means ‘Very Important Public (testers)’ as the game has been a buggy mess for me the whole time I’ve played it. Certainly not what I’d call the VIP treatment.

And yet, I love it. I mean other than bugs— which the developers at Gunfire Games have already been quickly patching thanks to their ‘VIP’ players doing the work of QA testers—and some quality of life changes that need to be made, I have practically no major complaints.

Remnant: From the Ashes begins much like a certain classic Zelda title, with your customized character waking after their boat was swept up in a storm. You’re traveling to a tower in the distance? Why? Well…I’m not quite sure honestly. The story here is rather thin, as Remnant does what a lot of games seem to do these days and mistakes lore for a story. Sure, you can talk to characters and they give you a little insight into the world, and various texts can be found strewn throughout the journey, but it’s all world-building and background of the few characters you meet along the way. Not to mention the fact that the game takes place in the same universe as Gunfire Games’ Oculus Rift exclusive Zelda-like title Chronos, meaning people that have played that will be able to make a smidgen more sense of what is going on, but that it isn’t required playing. As much as I love Chronos, you aren’t missing out on much by not playing it first, and since most of you probably don’t own an Oculus Rift, you currently don’t have a way to play it anyway.

But you aren’t playing Remnant for the story. You’re playing it for three-player co-op shooting in a dark fantasy world filled with monsters, secrets, and a heap of difficulty; especially when played solo.

Near the start, you’re asked to pick an archetype, which is just your starting set of weapons, armour, and mods. Whichever one you choose you aren’t stuck with, as the others are either findable in the world or craftable/purchasable from one of the people in Ward 13. Ward 13 acts as your home base of operations that you can return to at any checkpoint. By the end of the game you’ll probably be using different armour and weapons anyway, so don’t fret if you don’t like your starting set.

You’ll always have three weapons on you at all times: a pistol or other short-range weapon like an SMG, a powerful/ranged weapon like a shotgun, assault rifle, or sniper rifle, and a melee weapon. Both of your guns can be equipped with mods, which are castable abilities or secondary fire depending on what is equipped. Instead of a cooldown timer, mods are built up by doing enough damage until the mod is fully charged. Mods include things like shooting faster and causing fire damage over time, or my favourite: casting a healing pool at your feet that heals teammates, much like the Warlock class in the Destiny series. This way you’re encouraged to always be engaged in combat instead of running away and waiting on a cooldown timer for your abilities, which is a nice change of pace compared to similar mechanics in other games. Gunplay overall is weighty and enjoyable, which when combined with the Souls-like stamina meter and dodge roll equates to a good time.

While difficult, Remnant never feels as brutal as Dark Souls or its ilk. Playing with other players allows you to revive each other when downed if reached within a certain time, and you can use equippable mods and items to buff and heal your teammates. Playing co-op feels like something closer to a Gears of War title than a Souls-like, whereas playing solo you’re in for a challenge as once you’re downed, it’s over. Thankfully, the developers have generously peppered the game with checkpoints and fast travel points, and it’s easy enough to acquire a bunch of “Dragon Hearts” that are the equivalent of Dark Soul‘s Estus Flasks. Plus, dying just means losing whatever consumables were used since your last checkpoint, and that’s it. That said, there’s the option to play on normal, hard, or nightmare difficulties, though the latter two are more aimed at players that have at least completed one playthrough of the game.

Remnant is built from the ground up to be replayed. Not only are the bits and pieces of the worlds randomly generated for each playthrough, but you may get completely different bosses (aside from the main ones) in subsequent playthroughs or if you join your friends’ instances.  When defeated, every boss gives you either an item to craft a weapon or mod, or a new trait that can be upgraded by earning enough XP or finding Tomes of Knowledge hidden throughout the world. The kicker is that some bosses even have multiple ways to be defeated which will, in turn, reward something different than you’d get by simply shooting them in the face until they are dead. So if you’re one of those people that love working together to take down monsters in specific ways à la Monster Hunter to get the crafting materials you need to make something cool, Remnant‘s got something for you, though without as much grind. There are also multiple dialogue decisions to be made that can result in different outcomes, boss fights, and rewards, and since your character level and equipment are carried over between “world rerolls”, you’ll need to play through more than twice to potentially get everything the game has to offer.

‘Randomly generated’ is a phrase that draws ire from many people, but I’m here to tell you that Remnant is one of the games that does it right—mostly. There are a handful of biomes or worlds to travel to, and from each of those, various dungeons to enter. The worlds themselves seem to be made up of a collection of predesigned pieces that are connected randomly, but you wouldn’t know it unless you have already played through twice or joined someone else’s game, as they feel that pre-constructed. The dungeons, on the other hand, can sometimes feel a bit less intuitive and a bit more repetitive, and I found myself getting lost in them or seeing bits re-used in multiple dungeons. On the one hand, I like premade levels, but on the other, I can appreciate the variety and freshness offered by doing it this way.

If you, like me, are a sucker for dark fantasy environments and characters like those found in The Dark Crystal, Labyrinth, The Neverending Story, and many of del Toro’s films, you’ll enjoy the variety offered by Remnant. Tree people in an overgrown apocalyptic city? Check. Deer people in a dark and magical forest? Check. Men wearing boned masks and dogs with mummy wrapping? Double-check. Each and every world you enter into feels new and fresh, with varied designs both visually and in the level layout. Whereas the city at the start feels a bit more linear, the swamp filled with bug creatures is more wide open and sprawling.

Did I mention I love this game?

As I mentioned before, I do have a few nitpicks, many of which are quality of life or just personal preference. While I appreciate the stamina meter, at times it feels like an unnecessary burden, especially between battles or in Ward 13. As you can’t fast travel when enemies are nearby, why not make it so you have unlimited stamina when enemies aren’t nearby? Sure, you can upgrade your stamina trait to have more, but to me that only really benefits battles anyways as most of the time you aren’t trying to run away, but dodge roll. Another nitpick is that the mouth animations are distractingly bad at times, looking less human and more like a ventriloquist puppet, which made me appreciate the characters that had their mouths covered with clothes, though one character’s mouth just failed to animate at all.

Swapping between guns in your inventory can be a bit tedious since you have to un-equip mods to apply them to other guns, even though they aren’t consumables. I suppose this is to prevent you from using the same mod on your pistol slot and your secondary, but I used the healing mod the entire game so swapping it from gun to gun was a bit annoying. Lastly, there’s no way to communicate in game, and if you have your game set to public play a random person can join and make a dialogue decision that will permanently impact that run, which may cause you to lose hours of progress towards a goal you had in mind. Perhaps leaving big decisions like these to the host of the world should be an option?

Remnant: From the Ashes is easily the biggest surprise hit of the year. I’ve put nearly 30 hours into the game, practically playing through the whole game twice now, and I’m already considering another playthrough on harder difficulties to unlock more weapons and armour or find out if there are more endings. It’s that good. A little bit Gears of War, a little bit Dark Souls, and a lot to love for a little price.

Remnant: From the Ashes is a surprisingly good combination of Gears of War-like third-person shooting with Souls-like difficulty.
REVIEW SCORE
9
File Under: Dark Souls, Gears of War, Horror