Its Overwhelming, But is it Valid? (Village Spoilers Ahead) 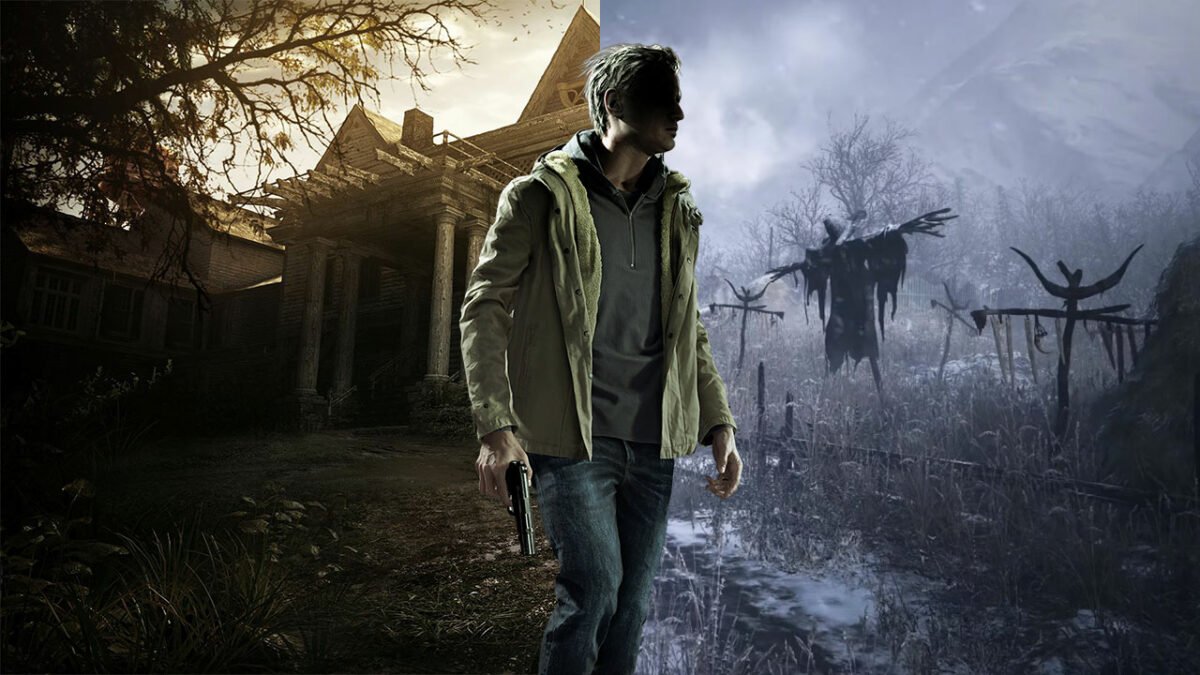 Resident Evil is a series that prides itself on delivering two things extremely well; horror and characters mixed with a little bit of camp. Resident Evil Village is no different, however there seems to be an outpouring of strong feelings towards the main protagonist Ethan Winters. Does he deserve the title of “worst character in RE”? Are we missing something? Or did we get so hyped up about Lady Dimitrescu, that Ethan just could not compare?

We first met Ethan Winters in Resident Evil 7, where there was a shift in the gameplay of the series, having its structure move towards a more first-person survival horror perspective. This was a rather unique departure from the typical third-person that we are so familiar with. The concept is an interesting take on having an everyday type of guy be the hero instead of someone with experience or training.

His story is continued in Resident Evil Village. This also allows players to immerse themselves into the game by playing as a more faceless character which has yet to be explored in the series, and by faceless, I mean completely faceless, Resident Evil Village does not show you what Ethan looks like through the entire game. On the other hand, we do know things about Ethan from the previous game and the introduction in RE Village. We know that Ethan is a husband and father who seems to care about his family which might allow players to empathize with Ethan.

Generally speaking, it appears that a lot of people simply are not a fan of Ethan Winters and I can definitely see this as a valid point. His cringey dialogue mixed with his bland personality really does not capture the hearts of players, especially with a character that you spend the entire game playing as. This is no fault to the voice actor, Todd Soley, who does a fantastic job portraying what Ethan goes through. When Ethan scream’s you can feel the pure terror in his voice. When he starts to encounter various monsters and as the game progresses you can hear the subtle change in his voice as he just accepts things as they happen.

However, in Resident Evil Village, Ethan just seems to make really poor choices at times. For example, he is able to easily collect a piece of his daughter Rose in a flask from an enemy named Moreau who isn’t looking. Instead of just leaving with the item, Ethan proceeds to taunt the monster which results in—you guessed it, the monster attacking.

While in any game there is a part of “managing the unbelievable,” it reaches a whole new level with Ethan’s hands. Let me tell you, these hands go through a lot in Resident Evil Village. First, we see him lose a few fingers in a fight but then Lady Dimitrescu’s daughters hang him from his hands on literal meat hooks. Both times he is simply able to recover by using some first-aid juice and move on. The suspended disbelief ends here for me when Lady Dimitrescu literally slices Ethan’s hand completely off, it becomes an inventory item “Severed Hand” and Ethan is able to reattach it complete with the shirt and jacket being sewn back, with some first-aid juice.

After that, players start to wonder what exactly is going on here or with Ethan specifically. While there are no real consequences in the game, the fear is somewhat taken away after that point; we know Ethan will just be able to mend himself. This could be interesting if the game developed more of an allure about Ethan and how he was able to do these things but there really is no explanation until the end and it feels rushed.

The game tries to address Ethan in the third act by revealing that he was “dead all along” having been killed in Resident Evil 7. The Ethan that we have been playing as is a creation of the mold. A shock twist ending that might have really worked for this game if we were more invested in Ethan as a character—but we aren’t. The game really tries to make you feel something about this reveal, but without having a huge emotional connection to Ethan it is just a plot point.

Yes, he is a father trying to save his daughter and a husband trying to save his wife, but the game forces you to watch as Ethan must sacrifice himself instead of forcing the player to decide this or do this on their own. We are watching from the backseat and even then, the game does not show Ethan’s face, therefore, we aren’t connected to what is happening even though it is supposed to be significant.

Is Ethan worthy of all the hate that he is receiving? Not necessarily. There are some good concepts and executions here, but the real issue is that Capcom could not decide on how they wanted Resident Evil Village to play. Did they want to create a faceless character that players can project their own image onto? Or did they want to create a character within the lore of the series? The problem is that the game attempts to do both at the same time and the result is that neither of them are done effectively. And that is the real tragedy of the Ethan Winters character.