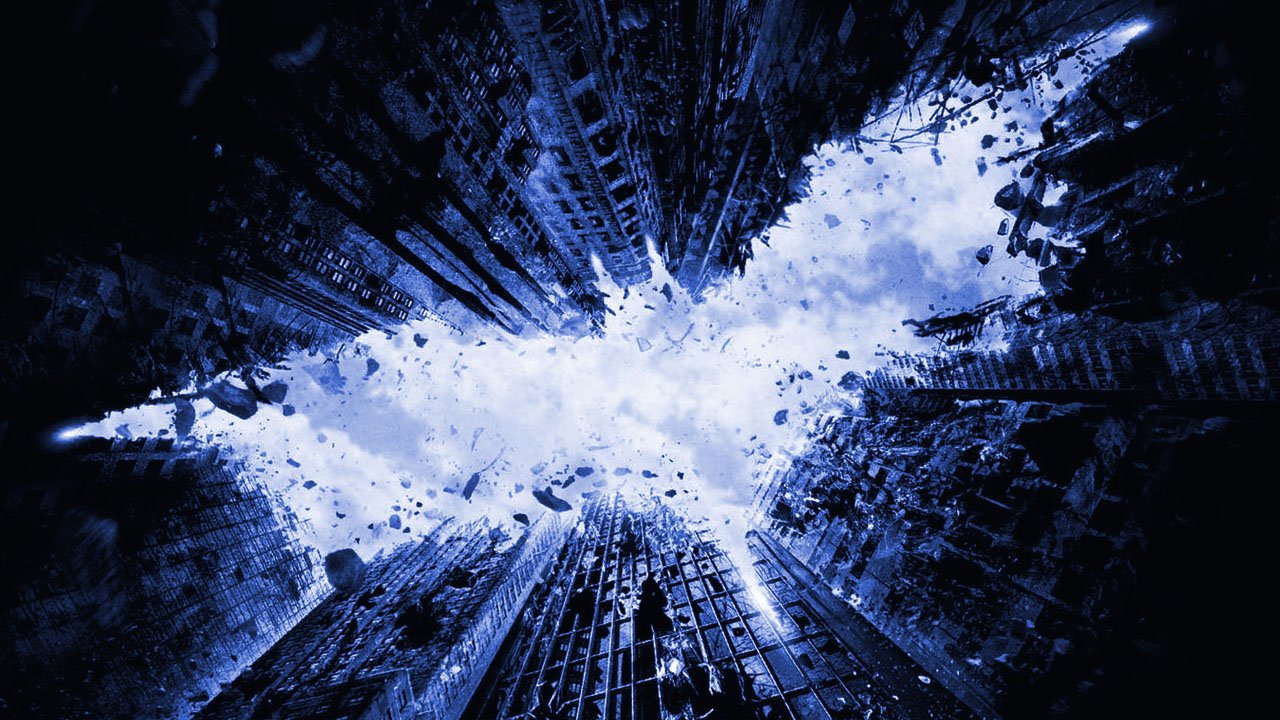 Bad news gang, you’re going to be waiting almost a year before another superhero movie hits screens (Yes, Marvel has Guardians Of The Galaxy came out in August, but those ain’t superheroes, people!). In the age of the superhero blockbuster, that’s an incredibly long gap. It’s going to be tough. You might cry. You might even dress up like your favourite costumed crime-fighter just to cope (please don’t do that). However, that doesn’t mean that you can’t mainline superhero entertainment during this unfortunate drought. There are more fan-damn-tastic superhero flicks available for home entertainment than ever before and in the age of the HD perfection that only Blu-ray can provide, you’re home entertainment superhero experience can still offer face-melting cinematic joy. So, to help cope with the long, long wait for The Avengers 2 we’ve decided to provide you fine readers with a list of the five finest superhero movie Blu-ray packages on the market. These little beauties will have you giggling with delight at spandex world-saving theatrics until you’re numb with joy (in a good way, of course).

Ah yes, the superhero series that started it all. Back when Richard Donner decided to leverage the success of The Omen into a Superman movie, no one quite understood what he was thinking. Superhero movies weren’t a genre, in fact, they seemed like a waste of time in the age of artist and adult driven 70s movies. So, Donner made his Superman flick with money from European producers outside of the studio system. When it was released, the groundbreaking blockbuster was a massive hit and created a genre that now dominates the studio system. Though the effects might be a little rough around the edges, the first film holds up remarkably well as a piece of myth-making Americana (especially Christopher Reeve’s iconic performance as Supes). This Blu-ray box set will give you that 1978 masterpiece in pristine HD quality along with an extended cut of the film and more special features than you could possibly imagine (including the amazing 1940s animated shorts).

On top of that, you’ll also get the fascinating reconstructed Donner cut of Superman II, Richard Lester’s wonderfully campy version of Superman II, Lester’s underrated and comedic Superman III, the hilariously awful Superman IV: The Quest For Peace, and the far-better-than-you-remember Superman Returns that pays loving homage to the original franchise. Every film is presented in high def glory and comes loaded with special features explaining everything you need to know about the character’s history and the successes and mistakes of the series. Best of all, Man Of Steel is not included in the set, so you can just pretend that somber disaster doesn’t exist. This is ground zero for superhero movies folks, and it’s surprising how well the movies hold up.

Take a trip back to the 90s with this box set and experience an era when Batman was the only superhero that the studios could get right until they got greedy and made possibly the worst blockbuster of all time. Things start of well with Tim Burton’s moody, gothic, and unapologetically fetishistic Batman and Batman Returns. The films are wonderfully dark and morbidly hilarious takes on the caped crusader filled with some of the finest set design and practical effects work cranked out in Hollywood before the digital age. Sure, the movies might seem a little goofy compared to the most recent Bat-cycle, but Burton delivered a take on the Dark Knight that was the necessary stepping stone between the campy 60s Adam West version of the character and Chris Nolan’s somber 00s rendition. They’re two of the finest superhero flicks ever conceived, and Burton’s designs were made for Blu-ray where all of the gorgeous details and inky black shadows can finally be seen in crystal clarity. Toss in some excellent special features and you have yourself a good time.

Now, at this point you might be asking yourself, “why would I buy this box set when only 50% of the Batman movies are great?” Well, because this serious goes so disastrously wrong that there’s plenty of entertainment value in the crap. Joel Schumacher takes over for Batman Forever in a movie that strips all of Burton’s darkness away for rubbery camp that at least offers a couple good action scenes and some vintage Jim Carrey mugging. Then comes Batman And Robin, a movie so horribly written, pathetically acted, and over-directed that it has to be seen to be believed. If you’re a Batman fan, it’s like watching a good friend being publicly stripped and humiliated by a rubber-nipple loving madman. It’s horrendous, but you can’t stop watching it like a five car pileup on the highway. Even better, on Blu-ray you can see each and every failure in perfect detail and watch the entire cast and director apologize to viewers for making the movie on the DVD documentary. That’s plenty of added entertainment value for this box set. Consider the Schumacher movies as amusing special features in a glossy box set of Burton’s bat-triumphs and you’ve got yourself one hell of a package.

With Days Of Future Past already the highest grossing (and possibly the best) movie in the franchise, there’s never been a better time to dive back into the X-Men film series that kicked off the contemporary era of superhero blockbusters. The first movie is bogged down by having to introduce so many characters and doesn’t quite have the budget to deliver the massive spectacle of current superhero epics, but it’s still a smart and engaging starting point. In X2, director Bryan Singer (The Usual Suspects) dives head first into an action story and anti-prejudice parable that corrects all of the flaws of the first film to deliver one of the most intelligent and downright thrilling superhero movies ever made. X-Men: The Last Stand concludes the trilogy with well… a movie that’s not as bad as you remember but still deserved to be removed from continuity by Days Of Future Past.

From there, X-Men Origins: Wolverine plunges the series to a new low, before director Matthew Vaughn (Kick Ass) takes over with X-Men: First Class and manages to deliver a rip-roaring bit of mutant flavored historical fiction that almost single-handedly saved the franchise. Wrapping things up, The Wolverine delivers a decent solo outing for the raging metal claw guy that’s worth a look. So, you’ll get four rock solid ­X-Men movies and two disasters presented in gorgeous high definition transfers and loaded with special features. Sure, X-Men: Days Of Future Past is missing until the inevitable new box set is released this Christmas, but in the meantime this collection comes with a life-sized replica of Wolverine fist/claws to threaten evil doers with and scare off potential boy or girlfriends with a massive desktop commitment to geekiness. It’s a fantastic set for a series of movies that never get the credit they deserve. Sure, there are two stinker X-Men movies in there, but the rest are amongst the most clever and well-acted entries in the entire genre that play like gangbusters in Blu-ray.

And now we finally get into superhero Blu-ray box sets that are pretty much flawless as a whole. If you’re looking for definitive evidence that superhero movies can be art in addition to entertainment, then nothing will prove your point quite like Christopher Nolan’s Dark Knight Trilogy. Pulling influences from countless classic Batman graphic novels (most notably Year One, The Long Halloween, The Killing Joke, and The Cult amongst many others), Nolan applied his usual intellectual noir style to Batman and delivered what might forever stand as the definitive cinematic adaptation of the character. Batman Begins reinvented the series as a gritty thriller grounded by Christian Bale’s subtle performance and managed to introduce the fan favorite villain Ra’ Al Ghul to mass audiences via the one and only Liam Neeson. The Dark Knight delivered Heath Ledger’s instantly iconic Joker and turned the series into a crime epic in what is undeniably the greatest superhero blockbuster made to date. The controversial The Dark Knight Rises might have irritated many viewers for not being the masterpiece they expected, but if you judge it as you would any other comic book movie that didn’t have to follow The Dark Knight, you’ll find an intriguing exploration of the Batman mythos filled with gorgeous grand scale physical action and a tidy (at least thematically) conclusion to Nolan’s interpretation of the character. Plus there’s Bane, a villain who might not have topped Ledger’s Joker, but proved to be more quotable and inimitable than any other superhero movie villain of the last decade.

Nolan’s Dark Knight Trilogy isn’t just an intellectually rich and tremendously exciting variation on the superhero genre, it’s also a series made for Blu-ray. The sequences in the sequels that Nolan shot on IMAX film stock look more dynamic and clear on Blu-ray than anything shot in 35mm and are the definitive showpiece discs to test the quality of any home entertainment system. You simply won’t find better superhero discs on a technical level than these and this special box set also tosses in exclusive features like a definitive documentary on the entire series, original art, a fun interview between Nolan and Richard Donner, and toys of every Bat-vehicle used in the film. Simply put, this is one of the best Blu-ray packages on the market and would easily be the definitive superhero Blu-ray box set were it not for…

1)     The Marvel Cinematic Universe: Phase One

Ah yes, here we go. In celebration of their record-breaking triumph of The Avengers, Marvel Studios pulled out all the stops to celebrate the first phase of their film franchise in style. Movie wise, things kick off with the greatest superhero origin movie ever made in Iron Man, continue with the underrated Ed Norton-starring Incredible Hulk, step back to Robert Downey Jr. land in the surprisingly funny and re-watchable Avengers set up movie Iron Man 2, bottom out with the campy Thor, reach back for old timey superhero goodness in Captain America: The First Avenger, and climax with the Joss Whedon adrenaline shot of pure superhero movie pleasure that was The Avengers. It’s a damn fine collection of movies that also boast the historical importance of being the first crossover superhero movie franchise. It’s a remarkable run of films from Marvel Studios that made them the kings of the genre. Unsurprisingly, they all look gorgeous on Blu-ray, where the bright n’ colorful visual house style of Marvel Studios can burst off the screen and straight into your heart (in an “awwww” way, not an “ow” way).

If it were just the movies packaged together, this would still be an incredible set for the joyous movie marathon. However, what makes this set the only possible choice to top the list is how it’s packaged. Things kick off with an exclusive feature length documentary about the birth of Marvel Studios that’s undeniably a blast, but the real selling point here is what makes it a collector’s object. The film series comes packaged in a faux-steel brief case from SHIELD, filled with fake information files on all the heroes and disc boxes that make them look like SHIELD evidence. But best of all, the briefcase has been designed to look like a containment unit for The Avengers plot device the Tesseract (the little blue box even lights up on demand). So, when you aren’t watching the movies, you can use this set to pretend you’re part of the Marvel Universe and understand what the hell the Tesseract is supposed to be like the man(or woman)child you are. Yeppers, superhero movie Blu-ray sets don’t get better than this.