Doom or Doom Not, There is No Try 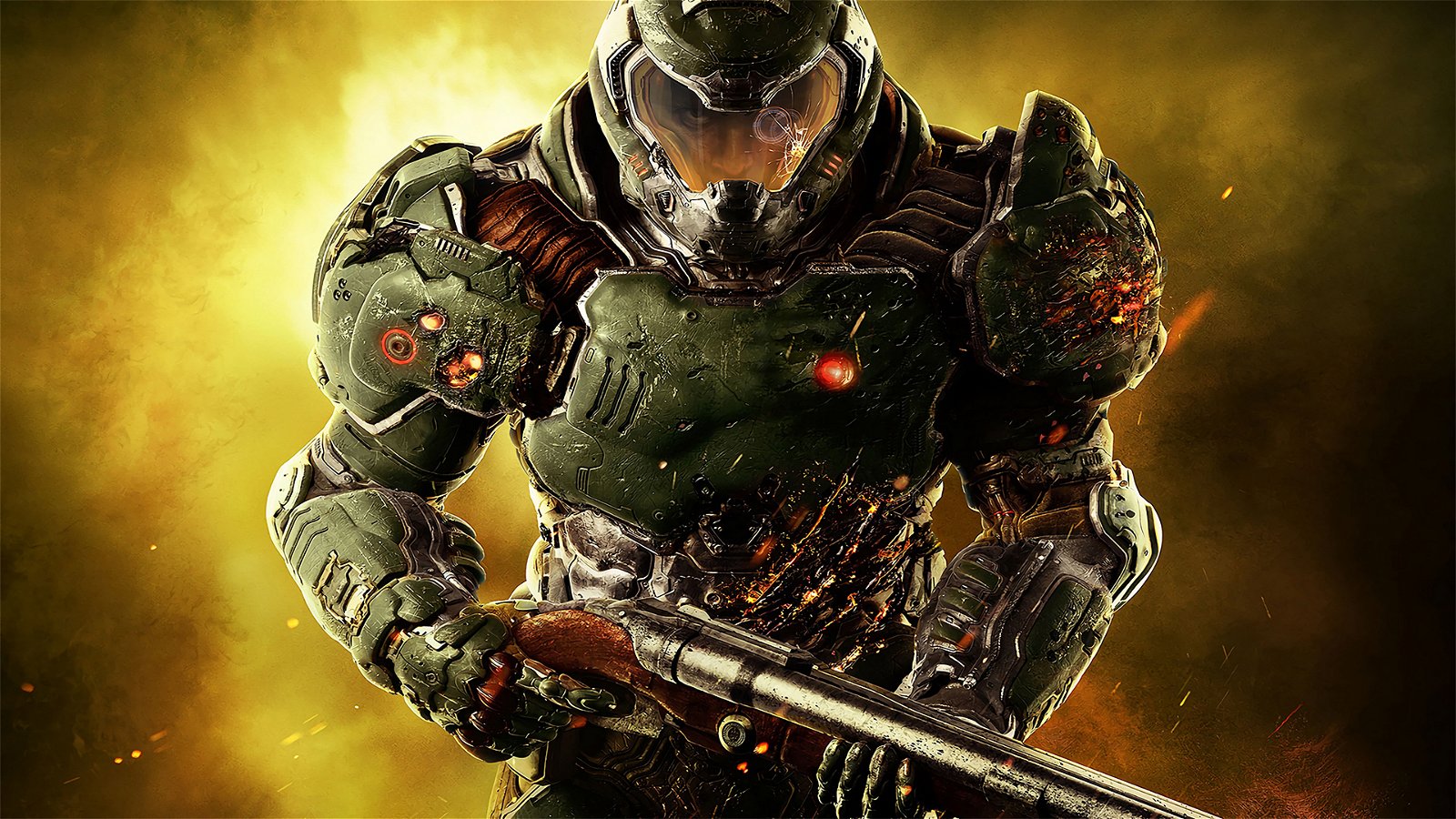 As you may have heard, there was a reboot of a little known game called Doom that launched recently, and I, like many, have been playing it. It’s a brilliant game, if I’m honest, but this isn’t a review. And thank God for that, or I’d have to ramble on at length about just how terrible the multiplayer is. And if you haven’t played it, yet, it really is that bad. It tries shamelessly to copy the CoD formula for multiplayer, and somehow, astonishingly, manages to do it even worse—a challenging feat, no doubt.

But that’s not what I’m interested in, right now. What I am interested in is whether or not this entry in the series is worthy of its namesake. By all accounts, Doom started it all. It’s not only responsible for the impossibly popular FPS genre, but it was also the first clear line drawn in the sand to show a distinction between videogames for kids, and this new, ridiculous notion of videogames for adults. More to the point, it’s a fantastic puzzle game. 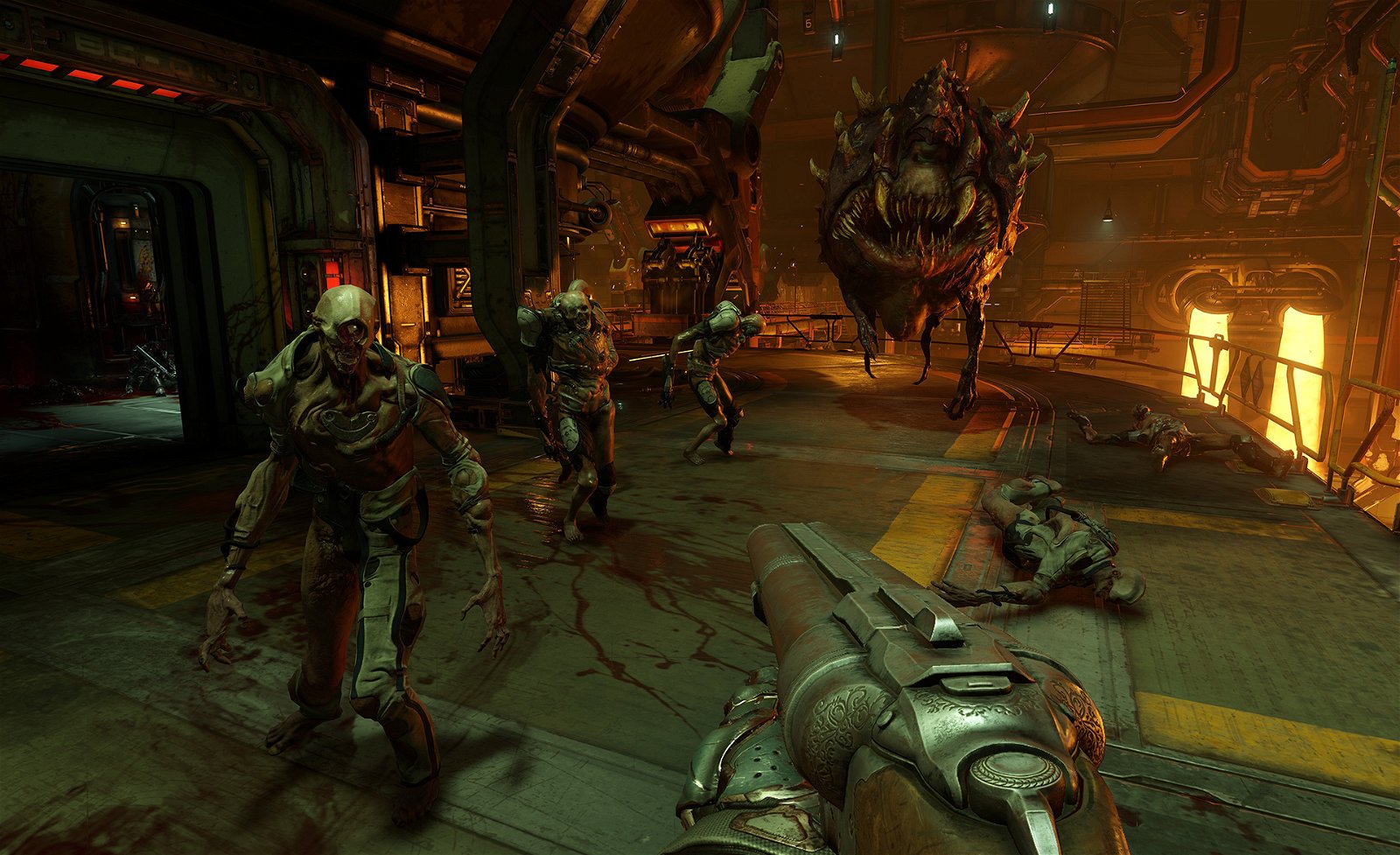 All things being equal, the shooting aspect of Doom is of little consequence. Particularly because shots hit-scan along the vertical axis, all you really have to do is have an enemy vaguely near the centre of your screen for them to die when you click the mouse. When you think about it, unlike modern shooters, with their regenerating health, checkpoints, and AI companions, Doom was less about how well you could shoot, and much more about how well you could think ahead, to always ensure that you were in the right place at the right time, so as not to get cornered by hordes of enemies, or dodge one projectile by charging into another.

To contextualize this, think about the recent (and frankly, excellent) SuperHot. It’s a shooter that’s defined by the fact that time only moves when you do. By that measure, aim plays a very minor role in the game, while the ability to effectively herd, lead, and dodge enemies is of the utmost importance. Similarly, Doom was the 90’s equivalent, only at lightning speed, and with the added challenge of having to manage ammunition and health. Knowing when to risk your last few shotgun shells or scraps of armour in the pursuit of a secret room full of enemies was much more relevant than the modern shooter’s task of having the hand-eye coordination to place every shot on the head of a moving target.

In that regard, 2016’s Doom has a lot to live up to. How do you reboot what is easily among the top five shooters in history, when what you’re rebooting wasn’t really a shooter in the first place? I mean, I’ve now blown through the new Doom on Nightmare difficulty. It’s nothing to brag about, really. I’m the first to admit that I’m not half as good at shooters as I was fifteen years ago. Even still, Nightmare was a cakewalk. By that measure alone, the new Doom is a failure. As is it by its speed, which is, let’s be honest, slow. Really slow. It’s also let down by just how broken up the game can feel at times, forcing you to work your way through long stretches without enemies. Not to mention navigating interface tabs to upgrade your suit and your weapons. While cool, it comes off as a bit try-hard Crysis 2, if I’m honest—these are all things that should be hidden behind secret walls, not in menus. And while the soundtrack is truly epic (no joke, it’s easily one of the best in gaming), even that at times feels a bit more Quake than Doom in that unmistakable (yet, apparently re-createable) Trent Reznor sort of way. 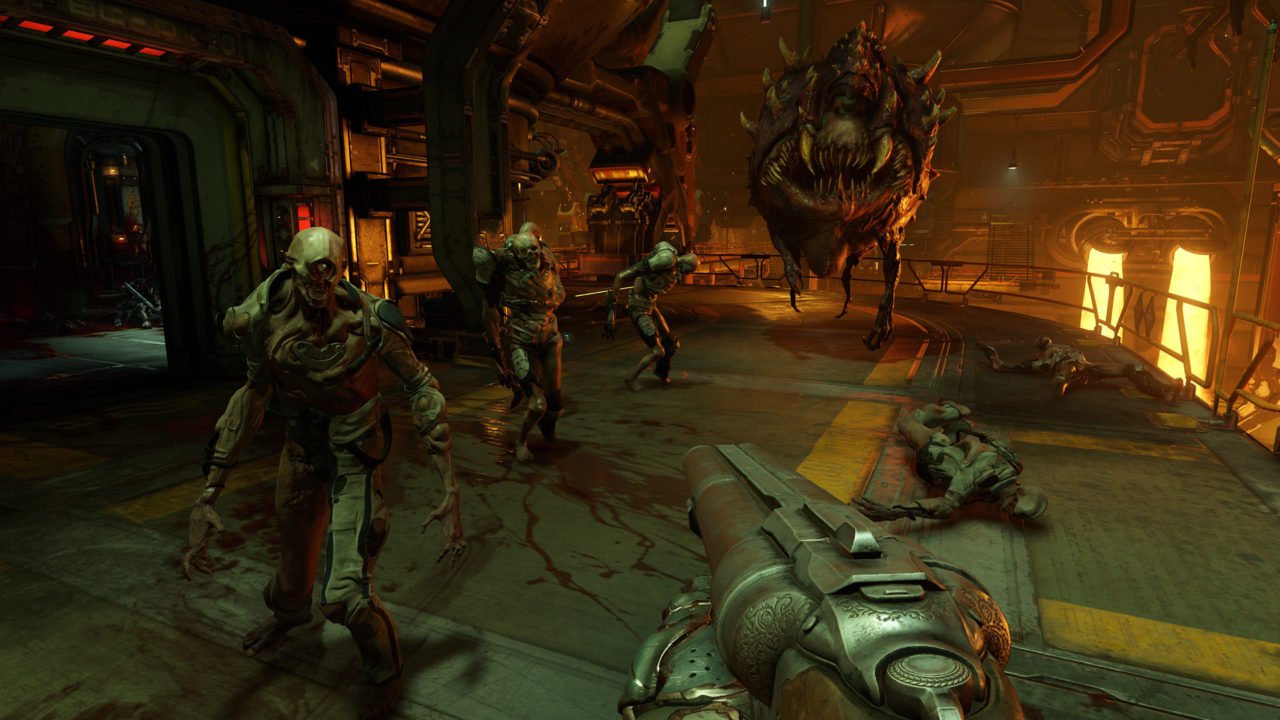 In fact, the only part of the game that truly feels like it belongs in Doom (apart from the gratuitous gore and amazing throwback easter eggs, of course) is the Ultra-Nightmare mode, where death is permanent. But even that is no more difficult than the standard Nightmare mode—just less forgiving when things go sideways. It’s still the same mess of depressingly simple combat, intermittently broken up with really frustrating fights, or getting killed because your melee animation pulled you through an enemy and let them hit you in the back.

Make no mistake, I love the new Doom, I really do. And it’s an easy contender for game of the year. But when I think back to its namesake in my childhood (or even just a few weeks ago, since I still go back and play through the first two every few months), I remember a franchise that was less of a game that you played, and more of a skill that you mastered. It saddens me to think that this once legendary staple will fail to re-capture that magic for a new generation, as satisfying and fun as it may be.

At least there’s hope for the inevitable Quake that’ll be coming down the pipeline.