During Nintendo’s financial briefing, Nintendo CEO Tastumi Kimishima said the company plans to ship two million units of the just-revealed Nintendo Switch during its launch in March 2017. To put this in perspective, this is more than a million units less than the Wii U’s launch shipment of just over three million. 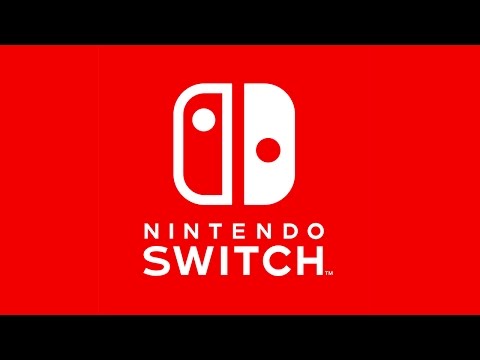 Kimishima also noted Nintendo doesn’t plan to sell the Switch at a loss, which is an unprecedented approach in the gaming industry. Generally speaking, gaming companies, including Nintendo, always take a loss on the sales of systems and recoup with profits from software and accessory sales.  The PlayStation 3, notoriously expensive at launch with a suggested retail price of $599, cost Sony $806 to produce, but at the time Sony still expected to profit by the end of the year.

While there is an argument that Nintendo is creating artificial demand and placing the cost of hardware on consumers, it’s important to look back at the lives of Nintendo’s previous two home console, the Wii and Wii U.

“In an internal sales representative meeting, someone projected that we would sell close to 100 million Wii U systems worldwide,” Kimishima said to investors in July. “The thinking was that because Wii sold well, Wii U would follow suit.”

Falling tragically short from that prediction, only 13 million Wii U consoles have sold worldwide. During its first year of release, the Wii continued outselling it. Overall, the Wii reached 102 million sales during its own lifetime. This is a huge leap from the initial 1.25 million units shipped at the time of release in November 2006, and an indication that a company’s predictions on consumer demand can’t always be correct.

Market trends aside, there are many theories that try to explain why the Wii U performed as poorly as it did, especially when its predecessor did so well. Famed Mario developer Shigeru Miyamoto blamed the price ($349.99 for the Deluxe) along with the rise of tablet functionality. Outside of Nintendo, some said the tablet-like controller turned off core gamers, while others still said that the Wii’s players, mostly children, had moved on to mobile games on phones. It’s true a variety of small details lead to the Wii U’s lack of sales, but one of the most important aspects Nintendo failed to hammer home was a clear marketing message.

When it was released November 18, 2012, I explained the Wii U’s concept to others often. College-aged students who didn’t declare themselves “core gamers” were uninterested. My younger, pre-teen step-siblings, who owned and played a Wii, assumed the Wii U to be an extension of the Wii and feigned interest. The eldest, a 14-year-old, quickly transitioned into discussing the Pokémon Red emulator on his iPhone.

Even Nintendo themselves pushed a plea to Wii owners that the Wii U, was, indeed, a brand new system, a message that clearly fell on deaf ears.

Still today, four years later, I’m explaining exactly what is, and what isn’t, the Wii U to curious peers when the topic comes up. Call me naive, but as someone who asked for a Wii over a “Sweet 16,” I didn’t see the Wii U’s relative flop coming. I, like Nintendo, assumed its success based on the Wii’s. But not everyone follows Nintendo’s news closely and many need a clear, hand-holding message.

This huge, glaring issue is a problem the Nintendo Switch hopefully won’t have. From the start, Nintendo never attached the new console’s label to the Wii or Wii U, merely referring to it as the mysterious “NX.” The marketing team has made an effort to separate the Nintendo Switch from older consoles, propelling it into its own, obviously brand new category.

The Nintendo Switch may, however, share a problem both the Wii and Wii U suffered: Lack of third party support. Yes, the Nintendo released an impressive list of developers already on board with the Switch, and the launch trailer did feature The Elder Scrolls: Skyrim, but this doesn’t mean these developers can’t pull out at a moment’s notice, much like EA did with the Wii U well after announcing its support for the HD-enabled system.

All things considered, a “modest” two million unit shipment at launch in March seems reasonable. Though it won’t have the holiday season hype to boost its sales, the Nintendo Switch will have little competition on the gaming landscape during a fairly slow season for releases. Plus, of the 87 million Wii owners who passed on the Wii U, some must be clamouring for a new Zelda or Mario by now, or have grown up enough to inherently want a new Nintendo. The launch trailer did exclusively feature active 20-somethings.

Nintendo appears optimistic, in that they’ll hit a higher mark with the Switch than they did with the Wii U, but aren’t anticipating a global takeover like what we experienced with the Wii. Intending to take no losses on the system itself could be Nintendo’s back-up plan in case third party support, again, never comes their way. This may point to an obscenely expensive piece of hardware, however, I believe this more so communicates it will already be affordable enough for consumers to consider the at-cost price (what that assumption could mean is another discussion entirely). Nintendo is attempting to take fewer risks after their experience with the Wii U.

If they underestimate the demand and the Nintendo Switch continues to be sold out more than a year after release like the Wii, at least we can continue to expect a great effort from Nintendo for the foreseeable future.

Of course, this is all speculation. Nintendo will reveal (hopefully) everything we need to know to make an informed decision during the next live stream on January 12, 2017.

It does look like Nintendo learned from it’s errors with the Wii U, and are looking to make a console that is versatile, with a clear target audience and an even clearer message. Until it’s launch we won’t know if it works, but so far, it looks relatively bright for to Big N.