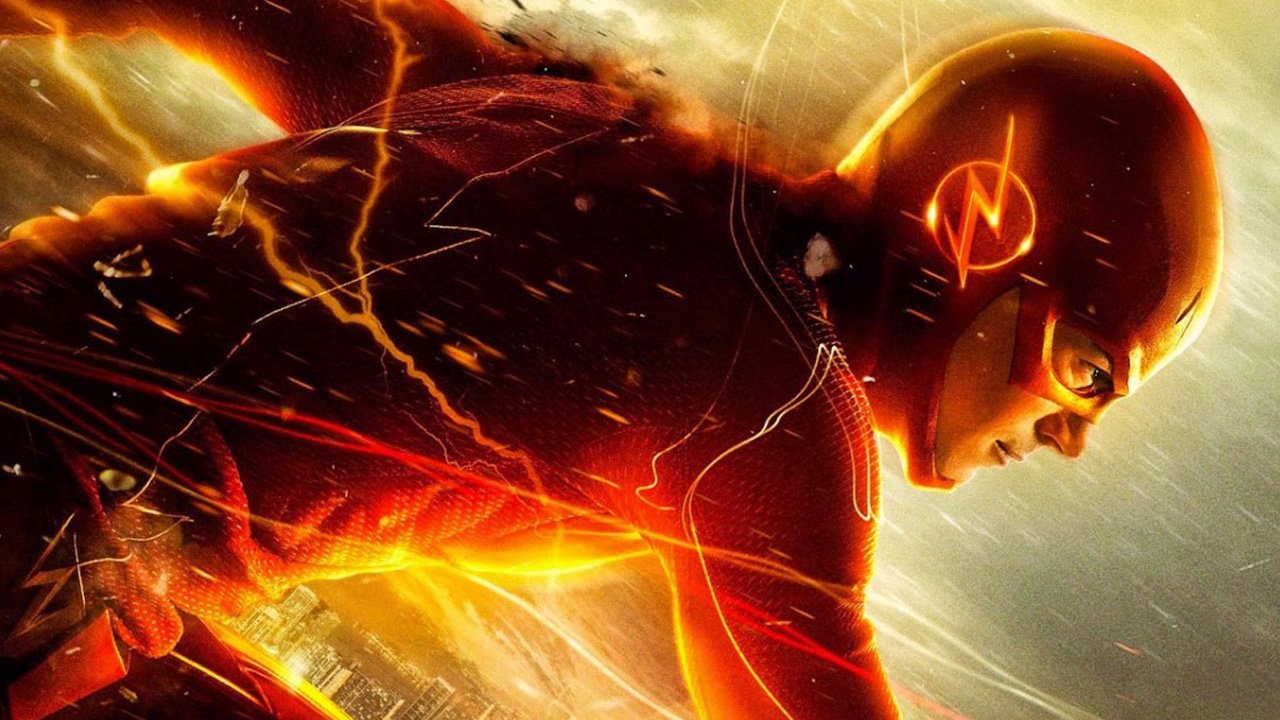 So CW’s The Flash TV show has wrapped up their first season and its portrayal of the scarlet speedster. So far, it has been received well from fans of the genre. Tonally people respect the route they chose for the show and hope they will keep pushing for richer stories in the second season. If the Arrow is any indication of that, The Flash is about to get even better.

Not so fast though, there’s also another speedster, a doppelganger even, in the same universe making its way to the big screen in a few years. Reportedly supposed to be ‘Barry Allen’ as seen in the hit TV show. Directors Phil Lord and Chris Miller also known for their recent released movies such as The LEGO Movie and 22 Jump Street are masterminding the plot for the upcoming Flash movie on DC’s slate.In a quote they mentioned they’re aware of the popular show and the characters existence. They are currently in development in breaking away from the TV show to bring something that will be its own ‘thing’ but at the same time fall in line with DC’s darker tone of superhero movies. They’re hoping their new direction on the super hero genre will give viewers something they haven’t seen.
So just like DC Multiverse in the comics, there will be multiple versions of the character in TV Land and Hollywood. Hoping not to confuse the two, it seems Warner Bros. and DC Entertainment is hoping with both varying in tones, it’ll be enough to differentiate the two at a quick glance. But I feel like Flash and light-hearted characters like him need to be there to ease the tension in the room. With Superman’s world being more realistic than ever and a dark tone that’s bound to come from Batman in the Batman V Superman: Dawn of Justice, who’s going to be the guy that looks at the bright side of a bad situation? It has to be the Flash.

Despite these two different versions of the character, I still think some of the most hilarious directors/writers can learn a thing or two from The Flash TV show.

One thing is ‘The Look’, the single most important thing when creating these superhero adaptions. One tattoo on a beloved character can make the whole world hate a design. It’s really that simple to screw things up. The CW interpretation of the character was spot on. The actor hit all the right chords for the character. It’s a closer adaption to the comics than Stephen Amell’s Batman, sorry I mean Green Arrow ever was. The movie needs to nail this look because it will hit a larger audience. So even casual moviegoers will associate with this version more. Now onto the actor, Ezra Miller has the acting chops to pull off the Flash, but his current hair-do doesn’t look the part. The buzz cut that Grant Gustin had going on was solid. Having brown hair however is different from Barry Allen in the comics, which sports blonde hair. So what I propose what the studio does is possibly a dirty blonde look for Ezra Miller and give him a buzz cut.

THE TONE
A light-hearted way of story telling is a must for the Flash, which was the focus for CW’s show. Although Green Lantern is also notorious for this role among the Justice League, judging off whom Warner Bros. have attached to the project, I believe it will be the Flash to break away from DC’s darker tone. Because honestly I hope they select (John Stewart version) for the next Green Lantern. But back to my point, with who’s involved, it leads me to believe it’s going to be different from what we’ve seen so far from DC Comics movies and adapt a similar tone to the TV show. The company has already issued a statement saying they don’t want all that much ‘humour’ in their movies. But it has to be relatively funny because of their resume, they have worked on arguably some the funniest movies to hit theatres in quite some time, and with the charming Ezra Miller, I can’t see them taking the same dark tone.

Now, their competitor, Marvel, has taken this ‘lets make a funny’ approach for most of their movies. But what DC can do is have a lighter tone but still focus on the heavier overarching story they’re trying to interweave throughout their characters solo movies. That way it still fits into their cinematic universe without straying too far from what fans expect.

Another thing fans appreciated with The Flash TV was the depiction of Flash villains. Some wouldn’t translate from the comics all too well so some villains got altered to be easier on the eyes. The Weather Wizard and Captain Cold didn’t look half as ridiculous as they do in the comics. So the movie will have to abide by the same guidelines. The show also did a superb job of hinting at the existence of the other villains. The movie could easily do that with hidden Easter eggs littered across the feature to keep fans intrigued with his universe. Also having a bigger budget than the TV show could boast some visual upgrades to have fans squealing in their seats from The Flash and his villains.

CW’s The Flash second season will be out later this fall to hold you off before we get our first look at the movie adaption of the Flash on November 17, 2017. Provided there are no delays, we’ll see him in” Justice League Part 1.” But for those waiting for a Flash solo film to get a feel for what I’m talking about, we’ll have to wait until March 23, 2018.

Are you excited for the new Flash movie in the DC Cinimatic Universe? Let me know what you want to see from the movie below!