Strangers in a Stranger Land 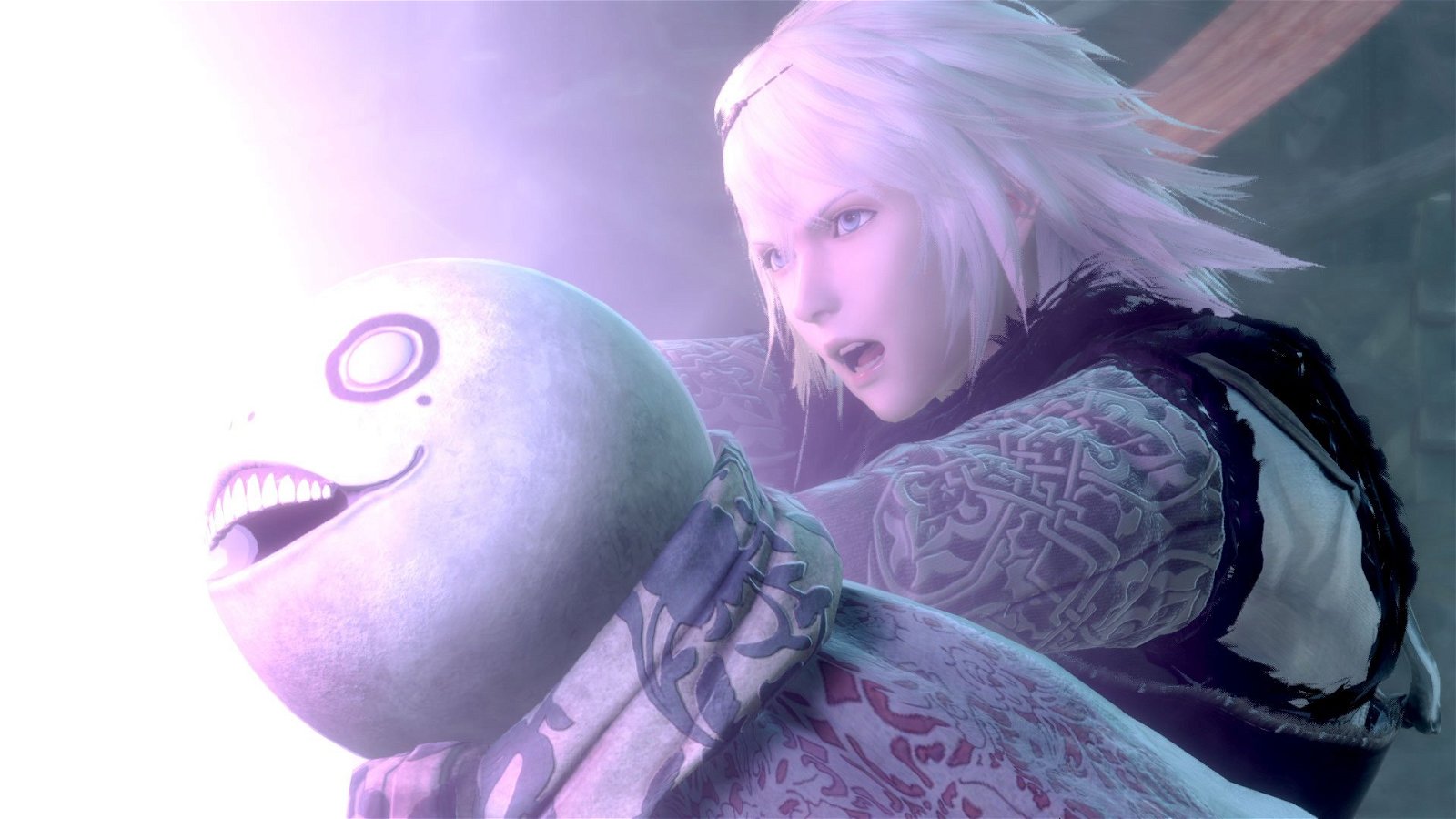 Back in 2011, I remember going to my local video rental store (RIP Rogers Video), which in itself feels like an antiquated sentence. During my visit, I happened to pick up a copy of NieR on the PlayStation 3 during a special buy-one-get-one promotion. NieR was the last instance in which I had purchased a game blindly, guided only by the comfort of the Square Enix logo plastered on the strange box art of the PlayStation 3 release of the game.

Little did I know that 2010’s release of NieR would end up being one of my favourite JRPGs of all time, despite some of its glaring flaws and janky gameplay elements.

For the uninitiated, the version of NieR North America and Europe received back in 2010 was in fact, Nier Gestalt, a spin-off of the Drakengard series of action-JRPGs that got its start on the PlayStation 2. Nier Gestalt followed the exploits of a father trying to save her sickly daughter from an accursed plague known as the Black Scrawl, set in a far-flung post-apocalyptic future.

Similarly, NieR Replicant followed the same story, replacing the father character with a brother, trying to save her sister. Sadly, English-speaking audiences only got access to Gestalt, making NieR Replicant ver. 1.22474487139’s forthcoming release on modern platforms, the first time non-Japanese speaking audiences will get to experience Replicant’s story outside of fan-translations and hacks.

Back on the PlayStation 3 and Xbox 360 release of both NieR Replicant and NieR Gestalt, the games ran at 30fps, with graphics that, even for the time, looked somewhat barren, saved only by interesting art direction and what I consider to be one of the greatest soundtracks in a JRPG.

Compounded by antiquated and somewhat janky feeling combat, the original NieR, although a great game in terms of story felt limited by its budget and hardware. Flash-forward to a post-NieR: Automata world and Nier Replicant is back and better than ever, seemingly addressing all the technical shortcomings of the originals.

Newcomers to NieR Replicant ver. 1.22474487139, particularly those who have come off playing NieR: Automata should temper expectations in regards to the kind of game NieR Replicant is. Unlike Automata, NieR Replicant’s remake is closer to a Zelda-like experience and those expecting a Platinum-made action title may find the gameplay jarring in comparison to Automata’s focus on over-the-top gameplay.

Despite this, NieR Replicant ver. 1.22474487139 feels fantastic to play, with the game running at a stable 60fps, with a new coat of paint that ups the original’s geometry complexity, with added lighting and brand new character models that put the game closer to NieR: Automata’s aesthetic.

Fan’s of the 2010’s NieR games may take some time getting used to some of the newly worked faces of fan favourite characters, such as Kaine and the protagonist, whom although closer to Automata, feel a bit too doll-like, which worked well in Automata but less-so in its predecessor.

New animations during combat coupled with the higher framerate alleviates and removes the jank and unpolished feel of the original, while putting the game more in-line with the fluidity of NieR Automata.

The Junk Heap area within the game, which feels similar to Automata’s Abandoned Factory area, gives players both old and new a familiar feeling dungeon. The Junk Heap features derelict and archaic automata enemies’ that appropriately feel cruder in-design to those found in the follow-up game while still bursting with life thanks to beautifully realized particle effects and explosions that highlight the added power of the PlayStation 4. There is a lot more I want to talk about when it comes to NieR Replicant ver. 1.22474487139, however, that will have to wait until the game releases on April 23, 2021. For now, I encourage readers to please check out NieR’s OST to get ready to experience one of the more unique JRPGs out of Square Enix’s repertoire.