GRID Legends Hands On Preview – “The biggest GRID to Date”

An Inside Look Into High Octane Racing 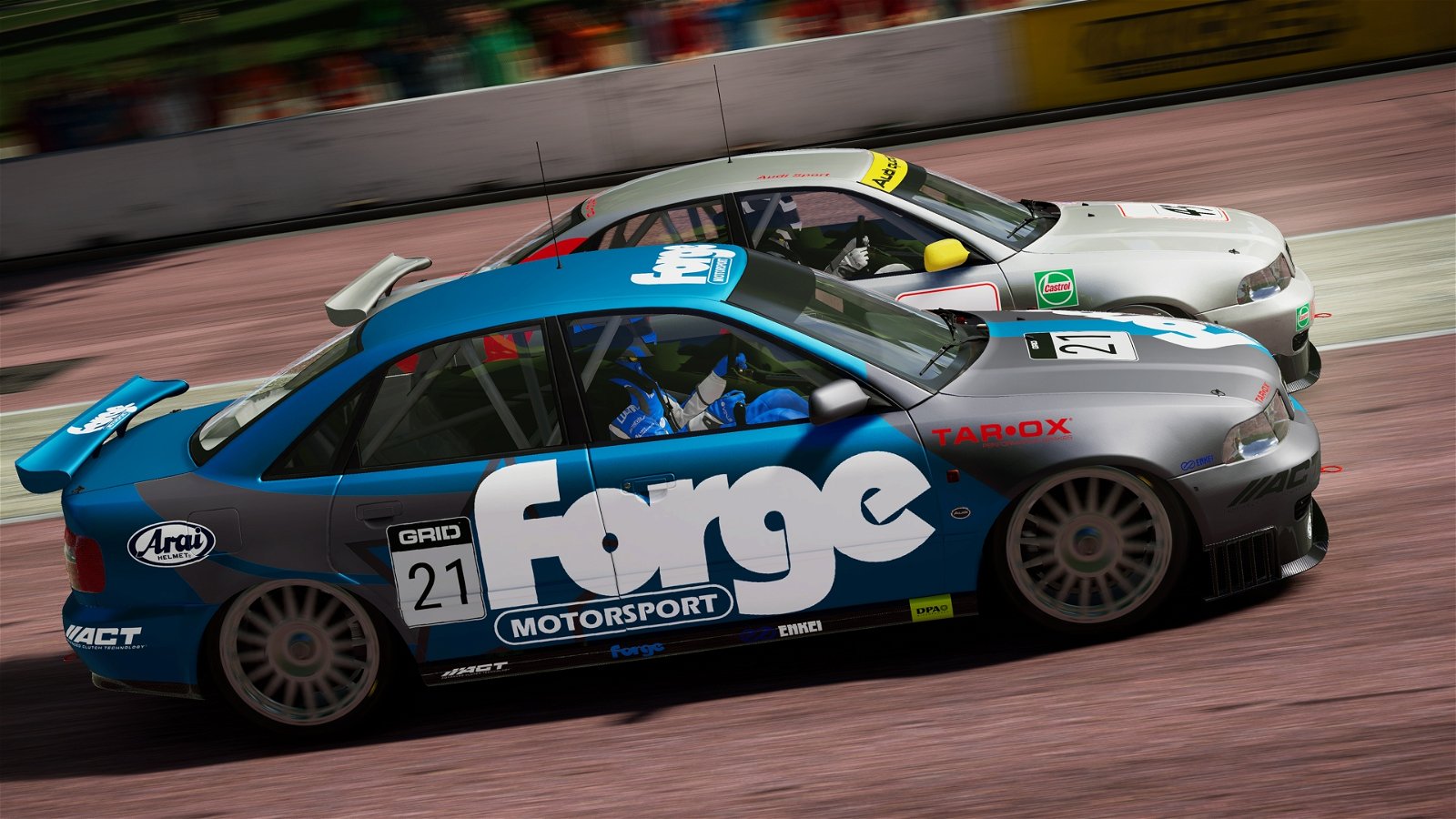 Codemasters and Electronic Arts were able to show us at CGMagazine a sneak peek at their latest heart-pumping racing game, GRID Legends. The Creative Director of the game, Chris Smith, was able to meticulously detail the awesome features that are expected to be featured in the upcoming release of the thrilling game. Smith noted throughout this preview that this was “the biggest GRID to date” and has shifted their focus to being more social.

There was a lot to be said about the current build of the game that was shown in the presentation, while we were able to get a hands-on experience of the different motorsport races. The story mode is still being kept under wraps as the game is still in the works as the planned release is in 2022. This preview will be divided between what we were able to encounter with this early playable preview and what is to come.

After giving the current build of the game a test run in all the available tracks, I was both in shock and awe at the various play styles and the amazing lineup of cars available (of course, I wanted more variety now, but we will all have to wait and see). The build I was able to test out had twelve different events with different vehicles in different classes, offering a glimpse of what is to come in the final version of the game.

The preview presentation paid great attention to celebrating that they have increased the maximum number of players racing on one circuit from GRID (had up to 16 players) to 22 players on one track in GRID Legends. Also, the Nemesis system helps ground the realism of the game, so if players rough up other AI, the AI will respond with frustration as drivers in real life would typically do by driving more aggressively around the player.

For someone who does not regularly play too many racing games (grew up on mostly Need for Speed), it was a lot of experimenting with the mechanics and learning to follow the racing pace and lines at first. Like most racing games, I can expect the developers to provide gamers some kind of scale in various categories from handling, braking and such, for the final launch. I personally enjoyed the cars like the 2022 Beltra Mk 3 and the 2022 Ginetta G40 GT5 for their handling and feel in this test build.

In terms of new game modes, GRID fans can look forward to is the Electric Class races, which feature electric sports cars like the 2022 Lotus Evija. As someone who is not familiar or has not heard the sound of the engine from an all-electric sports car vehicle (EV), it was a really great change in sound from their gas-powered counterparts. The EV races almost sound more elegant and futuristic, like what a space car could be perceived to sound like.

The Drift circuit was amazing as we were able to use the 2022 Mazda RX-7 FD-35, which was tuned specifically for drifting. I loved that the setting was at night as it brought back old feelings of other racing games that predominantly emphasized the rebellious acts of drifting in the city at night—and there is also that good old influence from seeing a lot of nighttime drifting from The Fast and the Furious: Tokyo Drift.

GRID Legends—What We Know So Far

The different game modes include three immersive experiences. The first being the Story Mode called “Driven to Glory”, featuring award-winning actor, Ncuti Gatwa (Netflix‘s Sex Education) and written by the same writer for Ghost of Tsushima, Brad Kane. The focus on a good story was in part of paying homage to what made the game great and also wanted to mimic the storytelling from trending racing docu-series like Formula 1: Drive to Survive. Unfortunately, we did not get a chance to see what it has in store, but I am excited once it will be more fleshed out closer to the release date.

Then, there is the full cross-play multiplayer where players can hop into races from their Xbox, PlayStation or PC, joining and making friends anywhere and everywhere. This also means anytime! We got a glimpse of the new “hop-in” feature, which allows friends to join up in the middle of another friend’s race by being dropped into the race at an appropriate time that the system calculates is fair. No spawning right at the finish line!

There is expected to be over 250 Career events, 130 routes, 48 car classes, bringing many styles of races that can be experimented with through the Race Creator that offers GRID Legends players a lot of freedom. As for the Race Creator, players can expect to have a lot of customizability with the game’s wide array of tracks and seasonal conditions, various motorsport classes and, of course, plenty of vehicles to clash on the circuit.

GRID Legends will be launching on February 22, 2022. There will be an Exclusive Digital Deluxe Edition for the game and pre-orders should be live today! If you are a fan of the GRID games, this is definitely one of the bolder and highly anticipated racing games to own in the new year. For some gameplay action, racers can check out the GRID YouTube channel to see a bit of what we saw with the GRID Legends preview build.