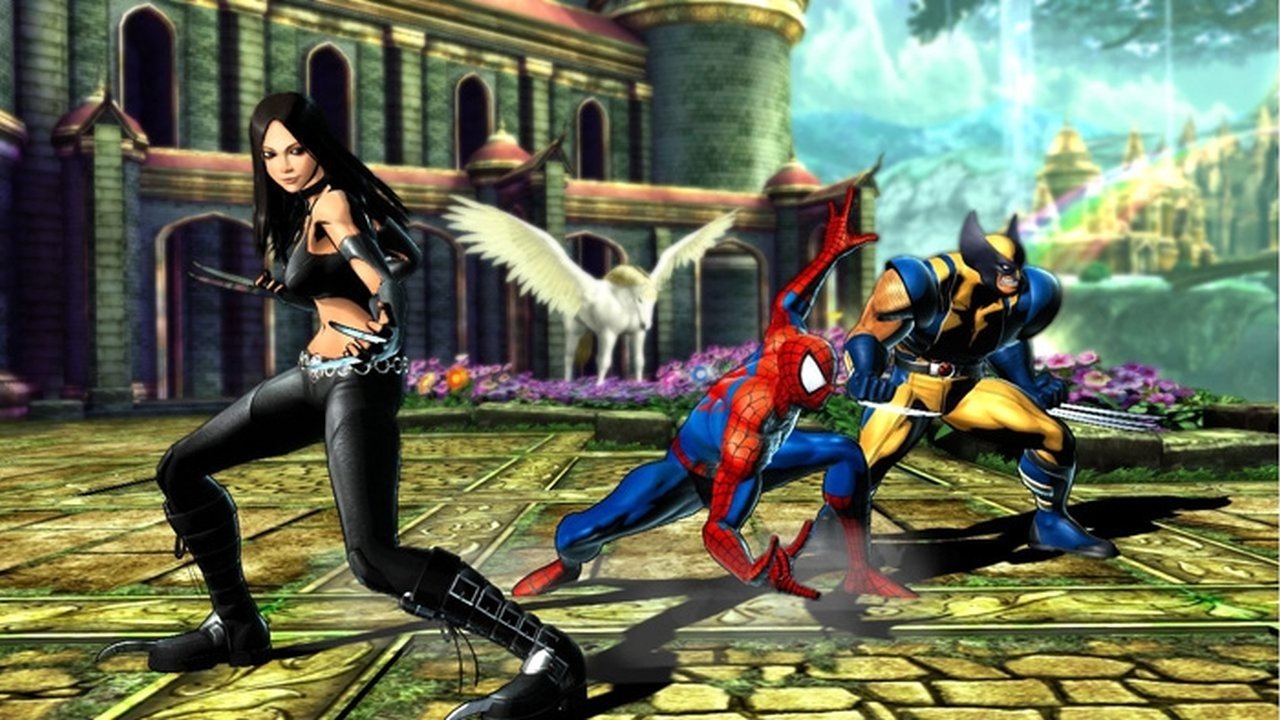 Seth Killian is a legend in the world of fighting games, and deservedly so. While his PhD in philosophy and fluent German skills are remarkable it’s his rise to power in the Street Fighter community that’s won him fame.

As a competitor he made a handsome fortune playing in Street Fighter tournaments, and then reinvigorated the scene as an EVO commentator. When Capcom needed someone to manage their community they turned to him for guidance and now with Marvel vs Capcom 3 on the way he’s here to answer our questions about the game.

Street Fighter IV sort of resurrected the fighting genre in a way we haven’t seen since the arcade days. Why do you think it took so long for the genre to find a proper home on the consoles?

When fighting games were at their arcade peak, playing them on consoles for the first time meant playing a slightly watered-down version of the game.  It also meant you had fewer opponents, since the early days didn’t have online play.  Weaker graphics and nobody to fight against is a bad recipe for fighting games, so when a new generation of gamers grew up on PS1 and PS2 consoles, fighters were just not their focus.  Smaller audience meant fewer fighting games released, and it was a vicious cycle of decline.

Today the processing power of consoles is as good as anything in arcades, and you can play limitless opponents online.  So I think fighters were always amazing games, but part of what made possible their recent success on consoles was that technology has caught up to the genre.

Of course graphics today are far beyond what they used to be, but the genre actually seems to have re-connected with its roots, so in a lot of ways it hasn’t changed that much at its core.  I would say the players have changed quite a bit—they’re smarter about fighting games, and with the ease of sharing strategies, videos, etc., the genre overall is easier to get into than it ever was before.

Character rosters are always tough, especially when you’ve got the entire pantheon of Marvel heroes at your disposal. What’s the process for deciding who makes the cut?

Marvel had some firm ideas about the roster, and Capcom had its own list, plus we wanted to make sure we also included as many fan-favorites as possible.  So we tried to balance out all of those considerations, and then make sure we had characters that weren’t just diverse in terms of story, but also had characters that were actually fun to play and really different from one another.  Ultimately that was what influenced the final choices—everybody has to be fun and have their own unique strategies.

The final roster will climb significantly higher than 30, but this cast has let us really dive deep on the design side, with no “clone” characters that are just cheap imitations of one another.  There’s just a great freedom of movement in the Versus series, but we’ve also added a ton of moves for everyone—this cast has more moves than any other in our history, and the moves are all pretty crazy.  All in all, it adds up to more freedom and different ways to play than I think we’ve ever offered.

Fans always want more, what sort of DLC is possible with Marvel vs Capcom 3?

Well we’ve announced the first round of DLC with Shuma Gorath and Jill Valentine, but beyond that it’s really just been a race to meet our deadlines and try and make sure the main game gets to the players when we promised it would, so we haven’t thought too far down that road yet.

Mechanically the VS series have always been more frantic and a bit less technical, what can players expect from Marvel vs Capcom 3? How does it compare to the refinement of Super Street Fighter IV?

MVC3 is a much faster-paced game than a Street Fighter, and it’s also much easier to mash buttons and get something exciting to happen.  As you get beyond the basics with the game, however, it turns out it’s every bit as strategic as a Street Fighter game, just in a much more frenetic way.  I remember when I first saw the early Versus games showing up in arcades, and thought “Sure these are fun to mess around with, but they aren’t serious competitive games.”  Boy was I wrong, and people have been hardcore playing Marvel Vs Capcom 2 competitively for over a decade.  Versus games are easy to get into, but can get very deep.

How has Marvel vs Capcom 3 most evolved from it’s previous incarnations? What are the biggest differences fans of the classic will notice?

There are a bunch of little changes and tweaks to the game engine, such as air-tags and the terrifying “X-Factor” technique, but overall the similarities outnumber the differences about 10 to 1.  What gives MVC3 its unique flavor from MVC2 is the characters.  There are a ton of new faces and they all have really deep, robust designs, and even returning favorites play in a new way.

Artistically Marvel vs Capcom 3 is more similar to Tatsunoko vs Capcom than it’s predecessors. Why was the decision made to go cel-shaded 3D rather than HD animation like in Super Street Fighter II Tubo HD Remix?

For one, 3D models are a much more flexible way to design—if you want to have Iron Man fly off the screen and pivot around, animating 3D models lets you make that change mid-way through design.  If you were to draw that all with sprites, you need to commit to that move much earlier in order to meet the deadlines, so it limits some creativity.  Ultimately though, I think people liked 2D sprites because they had amazing levels of detail and animation, compared to the crude 3D models of the time.  That used to be true, but really isn’t the case today—at least not with MVC3.  The 3D character models are all very carefully crafted, and their animations are second-to-none.  The characters really come to life, so the things people loved about sprites are still fully present.

So far what has been your favourite team to play? Any tips for those getting in to Marvel vs Capcom for the first time?

My favorite teams change all the time, but lately I’ve been playing Thor, Super-Skrull, and Viewtiful Joe—a very unlikely squad, but that’s what makes this game so fun.

As for getting into MVC3 for the first time, it’s pretty easy to dive right in, but I do see a  few recurring mistakes from new players.  The biggest mistake is probably not using their teammates as assists.  Assist moves are some of the strongest moves in the game, and really let you cover your lead character’s weaknesses.  They are 1-button fireballs, uppercuts, and more, so if you aren’t using your assists frequently, you’re really holding yourself back.  Another problem people have is running into too many projectiles when they aren’t really that hard to dodge.  First, instead of just jumping, use a super-jump and take advantage of that giant screen to move around. Also be aware of your character’s movement options.  A lot of characters have teleports, or can fly, etc.  If you’ve got those powers, don’t just sit there and block fireballs, use them to get inside and smash the opponent’s face!