Talking Werewolves Within and Mystery with Mishna Wolff

Dissecting Werewolves Within its Screenwriter 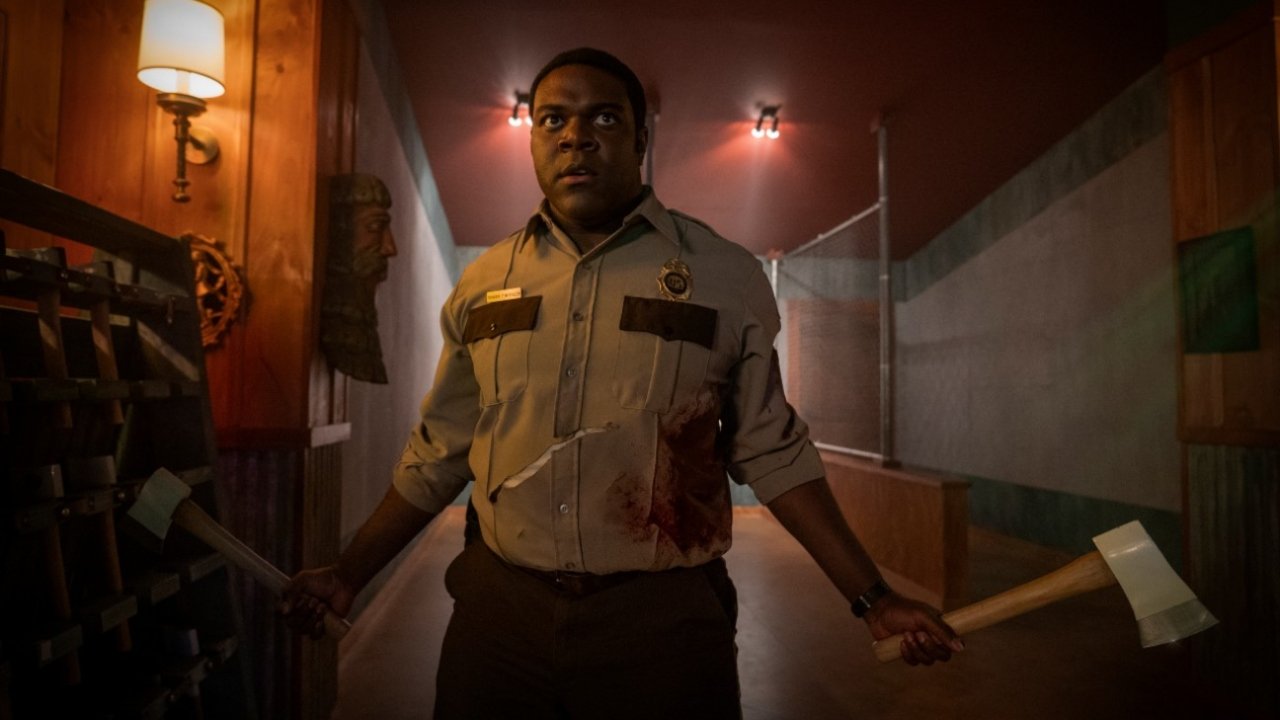 Werewolves Within was a film that came out of nowhere, and somehow managed to defy the expectations placed on films based on video games. It had a fun cast, never took itself too seriously, and pushed the genre to new places I did not expect. When I first heard about Werewolves Within while watching the Ubisoft E3 2021 Press conference, I did not know what to expect, but with a strong script, good acting, and a fantastic cast, the film did not disappoint.

Written by a relative newcomer to the film space, Mishna Wolff knows video games, and that shows in her sensibilities and style. She is also someone that knows how to tell a good story, and picks up the core concept from Ubisoft of a social deception game and runs with it in a way I would never have expected. Taking time out of her schedule, Mishna Wolff discussed the process, how Werewolves Within came to be, and what inspired her creative process.

CGMagazine: How did you get involved with Werewolves Within, and what was the process of translating this property to film?

Mishna Wolff: A TV fellow and I were at the Ubisoft women’s fellowship. It seems structured, but it’s the first year, so there weren’t any hard and fast rules. They opened the vault and I played a ton of Ubisoft games, which was amazing because it was a paid fellowship. So, it’s kind of like getting paid to play video games, which has always been my dream. My cousin got a job as a Nintendo game counsellor when we were teenagers, and I remember being so jealous.

I played a lot of games and this one kept me up at night. What was interesting to me was that when I logged on there was a heavy conflict going on. There was an undercurrent when the players knew each other had pettiness and vindictiveness, and that drives stories. So, I felt “This is a movie.” There are these private justice feelings and old festering resentments and I can play with that.

CGMagazine: How much flexibility did you have with the story because the game didn’t have this level of complexity?

Mishna Wolff: I started with the characters, I wanted to create a tapestry of characters that were representative of American archetypes. This genre has already been done as well as the horror component and that defined characters. If you think about a movie like a clue, people are not just their colour, but that’s also their job. When you play social deduction games, people are usually called “the baker”. In Werewolves Within, the actual game, there’s what looks like a washerwoman and what seems to be a butcher. So, these are pretty broad archetypes. I wanted to use that concept and make the town feel like a microcosm of America and I think it’s not like nationalism festering all over the world. It felt like a microcosm of, just, humanity.

I started with the characters and their sort of worldview and credo was as they walked out in the world and how that would create maximum conflict with other characters. There’s also a new level of gentrification going on in this town. There’s a topical conflict that we see in our families and our towns. Then the job is to create the lead character who is going to be completely tortured by this environment, and then you have Finn Wheeler, who’s a nice guy and hates conflict.

CGMagazine: You mentioned that they are archetypes. Was it the way you always wanted to have them be or did that come naturally as you’re working out the script?

Mishna Wolff: I think as a storyteller, I’m always trying to balance the scales in one way or another. Like in horror, there’s always an original sin and then someone is over-punished for it. And in the redemption story, someone does something so terrible that the wages of sin, death or redemption are part of it. For me, balancing out this town was the key. It was just always about balance, I wanted to not pick a side. I wanted to create this argument. And so, it was really important for me, archetypes are fundamental to Agatha Christie novels with this bar. This borrows a lot from her. You’re looking at archetypes, these aspects are archetypes and I like them. So, that’s part of it.

CGMagazine: Where did you find that balance of that humour, a bit of tension and animosity as well? And how did you make sure that it never leans too heavily into one aspect or another?

Mishna Wolff: I think it’s more alchemy than science. I come from a comedy background, I’ve written jokes for a lot of people and a lot of places and I wrote a book that has the word funny all over the back cover. This was an exercise in restraint and just reining in some comedy so that you had that tense moment you’re looking for. But the puzzle aspect of plotting it is like, that’s where I just sort of geek out. And that’s where I like to do my little math brain comes in and likes to track these different core arcs. Who-done-it comedy arc, there’s a rom-com in there too. I feel like balancing all these stories is where my chaotic brain finds happiness. So, for me, it’s a joyful exercise.

CGMagazine: Werewolves Within has a very frantic pace, it starts quickly and keeps moving. Did you ever worry that it never gives the audience that break and relief from tension? And if so, did you ever consider it having a few more low points rather than just going right into the chaos, and how did you balance that as well?

Mishna Wolff: I think there are two pretty significant breaks. Once things get going, one is the walk to Emerson’s house. And it does give the audience a chance to breathe and assess the lay of the land and what’s just happened and even pins some suspicions on somebody. And then there’s another significant break, as we break into Act Three, that also gives the audience a chance to catch their breath and assimilate everything they’ve just seen, and also form their deductions about what’s going on. And those are very planned moments of not just stillness, but reflection and character development. So, there’s a little deepening of our main characters’ understanding of the situation and also a glimpse into where they are in their arc.

CGMagazine: I want to talk about the setting. Werewolves Within has a kind of all-American winter town feel, but it could be anywhere. Did you have a role in how that overall vision looked or did you just give it to whoever worked on making it

Mishna Wolff: When I sold this to Ubisoft, there was a deck included and the town was a whole character slide. There were covered bridges, the creepy old inn, which was a huge character to me. And then also, the way people die in this movie is very specific to the location. That’s a huge part of horror or any action movie. I like to watch people dying in them. It is part of the fun for me. As a writer is like, how do we kill people in New England? What makes dying in New England different from dying in any other place? And that’s kind of the fun of the job. It’s like a syrup tap. There’s got to be an axe-throwing bar. That’s the fun part like colouring the tableau inn.

CGMagazine:  How do you think being part of that franchise helps or hurts Werewolves Within in the long run?

Mishna Wolff: I don’t think there’s any downside that I can think of. Ubisoft was honest with me when I came in about the track record of video game movies, this is not a winner’s game you’re playing. But they were very trusting and very creative about how they approached this. And they give me a lot of licenses to be creative. So, they did the work to take away anything that would be a downside to me as a writer and I appreciate them creating such a creative environment around their IP.

CGMagazine: So, anything that you couldn’t do?

Mishna Wolff: No, I’m trying to think of someplace where they said, No, that’s too much. But I really can’t think of anywhere.

CGMagazine: How would you sell this movie to someone that just wants to watch a movie on a Friday night?

Mishna Wolff: Josh Rubin describes it this way: if you can remember your 16-year-old self, who just wanted to make a big bowl of popcorn and fill it, put the Milk Duds in the popcorn and then put some M&Ms in there and sit down and watch something and not blink for an hour and a half, this is that movie.

CGMagazine: Thank you so much. And I hope more people get to watch Werewolves Within.

Mishna Wolff: Thanks for having me.