The last DLC pack for Call of Duty: Black Ops III has finally been revealed by Activision, along with the first trailer for the latest Zombie slaughter.

Salvation will be released first on Playstation 4 on September 6th, and will appear on Xbox One and PC at a later date.

The fourth and final pack, entitled Salvations is loaded with four new maps and a brand new zombie mission, entitled Revelations, which is set to conclude the ongoing zombie story line.

“Without a doubt, this is the most epic season of DLC that we’ve ever created for fans of Multiplayer and Zombies”

“At this point it goes without saying, that Zombies has been a true labor of love for the studio, and I’m proud to say that this will be a defining and epic experience for the fans who have joined us over the last 8 years.”

The new trailer, which doubles as a prologue, suggests that Revelations will be just as fun and whacky as previous zombie missions, but don’t just take our word for it, check it out yourself below: 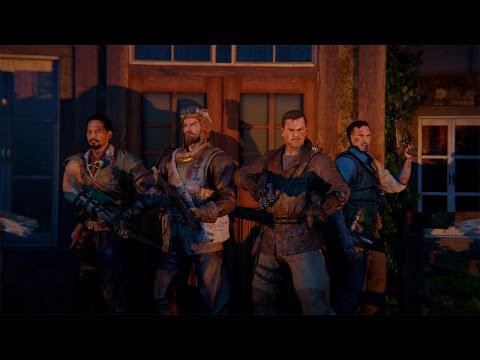 A press release from Activision says:

“In Revelations, we meet up with the Origins characters after they’ve taken an epic journey through space and time–all of their struggles lead to this very moment”

In this, the final chapter of the Zombies experience, Richtofen, Dempsey, Takeo, and Nikolai finally come face to face with the mysterious Doctor Monty in The House. Confronted by an ancient evil, our heroes must fight the zombie horde once more in the final battle to save their immortal souls.”

The official descriptions are listed below: