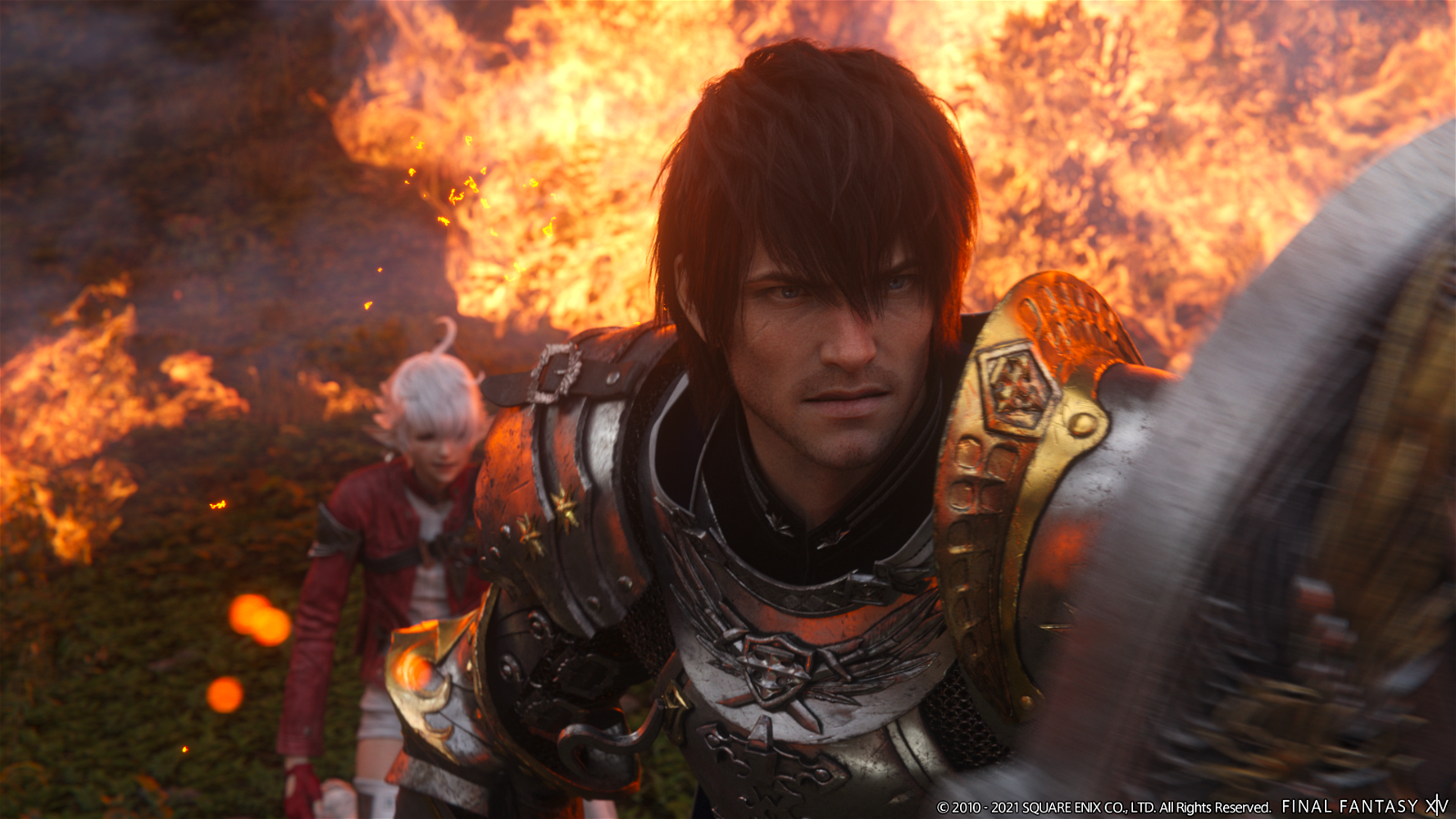 A special online-only edition of the Final Fantasy XIV Fan Festival has kicked off with new details on the MMORPG’s new class and upcoming expansion, Endwalker—launching November 23.

Director Naoki “Yoshi-P” Yoshida and Translation Director Michael-Christopher Koji Fox kicked off the event with a keynote speech, featuring a full trailer for Endwalker. Expanding on what was shown in February, the extended trailer also features the return of Estinien and his draconic ally Vrtra; G’raha Tia; Zenos; and a “mysterious” Elezen, who will play an “important role” in the story.

Yoshida’s wardrobe was a dead giveaway for Final Fantasy XIV‘s next class, the second of two added in the new expansion—the Reaper. This new melee DPS class is a wholly original entry in Final Fantasy, using a two-handed scythe in “dynamic close-quarter combat.” Reapers also call upon a Voidsent avatar in battle and channel its power. Zenos will take up the class in the next update, Patch 5.5.2, in anticipation of his rematch with the Warrior of Light.

In the story department, Yoshida reiterated that Endwalker‘s story will be complete at launch, instead of continuing through patches between expansions as is the current norm. This means there will be a huge amount of content when the update comes this fall, but it does not mean that Final Fantasy XIV is going anywhere anytime soon. If the current expansion Shadowbringers represented “the black of night” in the Hydaelyn story arc, Endwalker will represent “a new dawn,” and the first post-expansion patch will kick off a new story arc.

Yoshida shared some of the many exotic locales players will visit through this substantial expansion, like Labyrinthos, a subterranean domed area with artificial sun; Thavnair, home of the dancer class; the imperial capital of Garlemald, finally; and Mare Lamentorum, an area on the Moon. There will also be a new player hub city, Old Sharlayan. This was originally planned to be one of six hub cities early in Final Fantasy XIV development, but was cut due to time.

Among the new combat scenarios are encounters with a new, “completely original” interpretation of the series’ recurring boss, the Magus Sisters, as well as a new tribe, the Loporrits. In addition to story-based dungeons, there will be a new Alliance Raid called Myths of the Realm that will explore the game world’s pantheon in a new way.

In a surprising turn of events, Yoshida announced that characters will now be able to play as male Viera. The rabbit-like race is currently female-only, while the feline Hrothgar are male-only. Female Hrothgar are in the works as well, but will arrive later. The game will also receive a new Data Center based in Oceania, after years of pleading from players and complaints of poor latency.

Starting with Endwalker, new Final Fantasy XIV releases will be digital-only. However, there’s still a physical collector’s edition available, including an amazing Paladin figure, a special art box, a collection of art prints, a pin, and a Loporrit mini-plush. The digital collector’s edition will include a wind-up Porom minion from Final Fantasy IV, a mount named Arion, and a Death Scythe weapon for Reapers inspired by Final Fantasy VII. Pre-ordering any edition will reward a wind-up Palom minion to complete the set, and a Menphina Earring.

Speaking of pre-ordering, Yoshida announced the official release date will fall on November 23, with early access for pre-order holders on November 19. Final Fantasy XIV has kept true to a two-year release cycle for expansions, which would have put Endwalker due for a July release, but with the extra volume of story content and other delays, including the Covid-19 pandemic, the expansion fell to the limits of its “fall 2021” release window.

The Final Fantasy XIV Fan Festival has only just begun, so stay tuned to CGM for any big updates over the weekend. If you’re new to the game, you can check out a free trial on PC, PS4, and PS5 beta which includes the base game, the first expansion Heavensward, and up to 60 levels of character development. And don’t forget to get your promotional in-game mount from buying Butterfinger products—don’t miss out on this cursed item.