Hi-Rez Studios, developer of the game SMITE is currently celebrating the title’s third birthday on March 25, 2017 and in that time, they’ve racked up some impressive numbers.

Since SMITE’s release, the game has been played for a collective of 257 million hours by players with 168 million matches played and has an all-time count of 3.8 million followers on various types of social media platforms. The game is played competitively around the world and is featured at many eSports events including the annual SMITE World Championship which offers a prize of $1 million. The game is updated regularly by the developer with patches that balance out the game’s many characters.

Yesterday, Hi-Rez started the celebration early offering some gifts to players. Users will earn double login bonuses by logging in each day until the end of the event on Monday, March 27, 2017. By completing one “First Win of the Week”, players will be able to unlock a special “Birthday Global Emote” for free. All “Gem Packs” available in the game’s store are being sold for 33 per cent off and the Ultimate God Pack is available for 50 per cent off until the end of the event. Players can also get a discount of 50 per cent on all voice packs, ward skins and avatars. A full list of the sales and bonuses can be found on SMITE’s official website. Details can also be found in a Birthday video created by Hi-Rez Studios.

SMITE is a third-person MOBA title, available on PC, PlayStation 4 and Xbox One. Receiving favourable reviews from fans and critics alike, Smite lets players control a god, goddess or other mythological figures as they take part in team-based combat against five other players and AI controlled minions. The game features a variety of different game types with the main mode being “Conquest”. 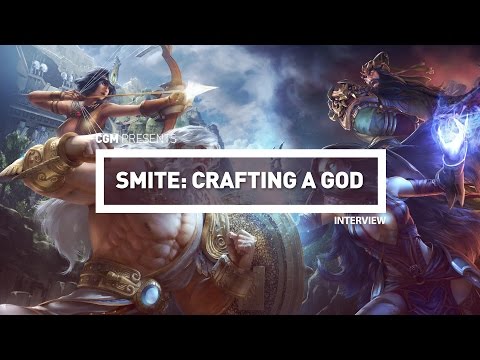 Hi-Rez Studios invites all players to celebrate SMITE’s third Birthday for the rest of the week.