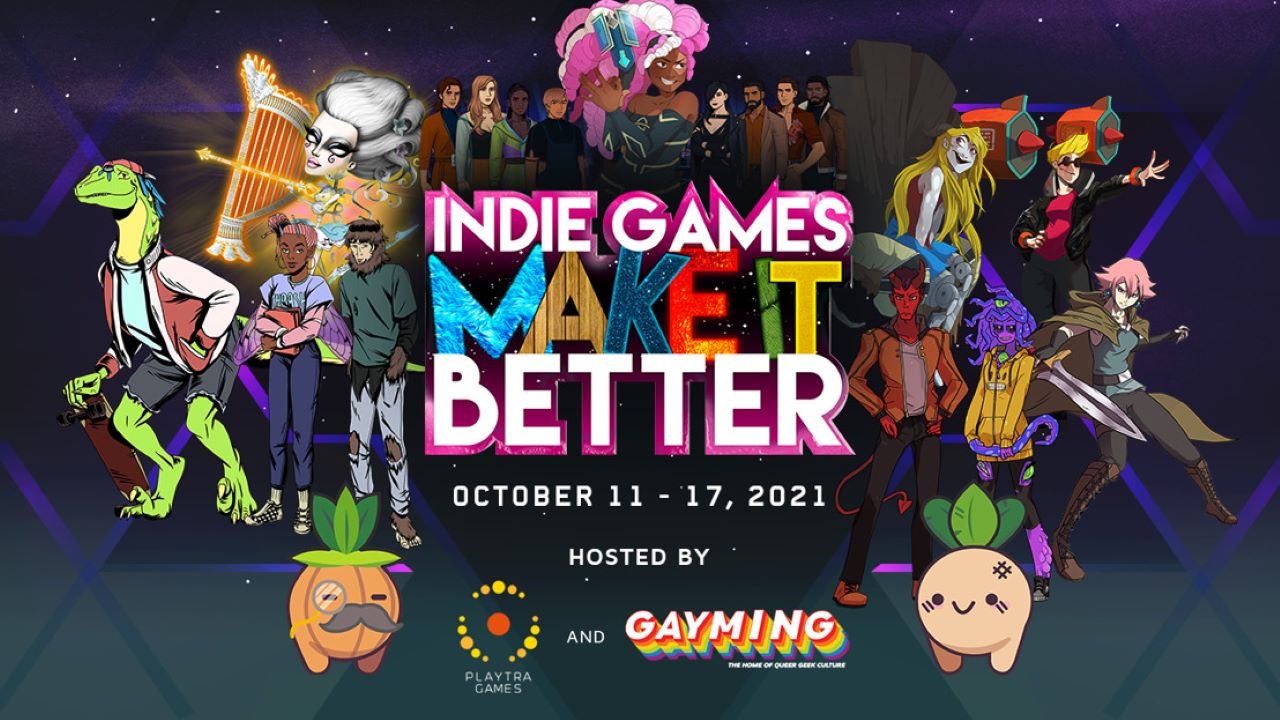 A dynamic duo of Playtra Games and Gayming Magazine form the Indie Games Make it Better festival, a weeklong celebration of LGBTQIA+ developers.

The new Indie Games centred festival launches on National Coming Out Day and lasts a whole week to highlight games specifically created by the LGBTQIA+ community. The festival encourages streamers to participate in raising funds for the nonprofit It Gets Better Project, which provides needed support for the younger LGBTQIA+ generation.

Indie Gaming has been on a meteoric rise this year with much awareness being raised in honour of their unique type of games. Games that seek to break the mould of traditional triple-A titles and developers by attempting new things, the massive wave of new support from major companies such as Xbox, and even the creation of Indie Houses where Indie developers help one another instead of “cutthroat competition” continue to build on this exciting branding.

Founder of Gayming Magazine, Robin Gray said “Indie games offer developers the chance to tell wholesome, real stories and dive into some pretty contentious areas,” of the potential of Indie games, including ““This freedom to write and craft stories is something that the big studios struggle with because they are usually worried about their bottom line rather than telling the best possible story.”

With the staggering rise of Indie Games, it’s inspiring to note that their accessibility can create a platform of inclusion where LGBTQIA+ developers can create hard-hitting narratives in the games and outside them. While some of these titles tell LGBTQIA+ stories, it goes a step farther by using teams built from the ground up that are centred on diversity, and destroying barriers for marginalized groups.

Founder of Playtra Games, Dan Bernardo says “This is about addition, not subtraction,” in a welcoming stance, and also “Despite the increasing awareness of the importance of adding diverse voices to the gaming industry, very little investment and trust go to indie projects, especially those developed by LGBTQIA+ creators. Despite that, indies will continue risking everything, trailblazing trends, and using these wonderful empathy-making machines called games to support great causes like the It Gets Better Project. And I hope more big players in the industry eventually join us in this mission.” in major support, while highlighting an issue often overlooked.

The new Indie Games Make It Better features a wide variety of developers and,importantly,y their gaming contributions in celebration of all genres. Players are encouraged to explore this catalogue of titles and stream the titles on their respective channels. 100 percent of donations go to the It Gets Better Project in a massive show of support for LGBTQ+ youth.

The official supporters of the all-inclusive Indie Games Make It Better festival are as follows: