Jodie Whittaker, best known for her role in the crime drama Broadchurch will replace Peter Capaldi as the latest incarnation of the Doctor. Whittaker becoming the Doctor will mark the first ever female Doctor for the long running BBC sci-fi show.

As per tradition, Whittaker will replace Capaldi’s 12th Doctor during an upcoming Christmas special, before being given full reigns once the 11th series of the storied time travel show airs sometime in late 2018. 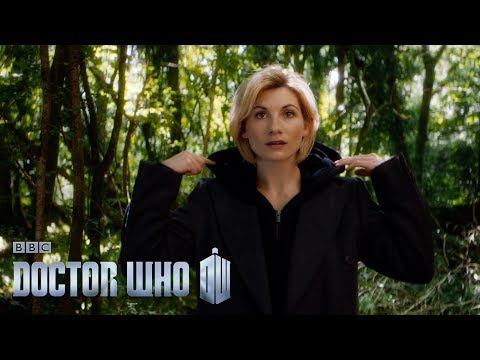 During a BBC interview, when asked about the role, Whittaker said “It’s more than an honor to play the Doctor. It means remembering everyone I used to be, while stepping forward to embrace everything the Doctor stands for: hope. I can’t wait.”

Jodie Whittaker has previously worked with actors and actresses who have appeared on Doctor Who, including the 10th Doctor himself, David Tennant, who played the lead detective in Broadchurch alongside Whittaker who played the role of a grieving mother, who lost her son under mysterious circumstances.

Whittaker getting the role of the new Doctor is a big deal considering the series long history of sticking with male actors that take on the role of the titular Time Lord. Doctor Who has always been inclusive and always incorporated strong female characters within the narrative of the show, and in series 8 of the show, one of the Doctor’s arch nemesis and rivals, The Master who also was traditionally portrayed as male was given to a female actress, Michelle Gomez, and went by the name Missy or The Mistress.

Those who might not be familiar with Doctor Who, the long running BBC show first aired in 1963 and introduced the world to the Doctor, played by William Hartnell and his iconic blue box known as the TARDIS (Time And Relative Dimension In Space) his time machine in the guise of a 1920’s era British phone booth.

Within the framework of the show, the Doctor is the last of his species, known as Time Lords, a race of people that are gifted with the powers of reincarnation can change their face, species and gender whenever they are in danger or close to death. Jodie Whittaker’s Doctor is set in the 2005 version of the Doctor Who series which acted as a kind revival for the long running franchise.