The new adventure plays around with SMITE’s MMO influences by allowing players to adventure with friends in a classic dungeon experience. This allows players a new way to play with the gods and goddesses they are used to in a full dungeon crawler experience.

“The Trials of King Hercules” is a free PvE experience that any players can take part in. Up to three players can gear up in town and then journey into the dungeon together. While in the dungeon players can defeat enemies and work together to slay bosses. 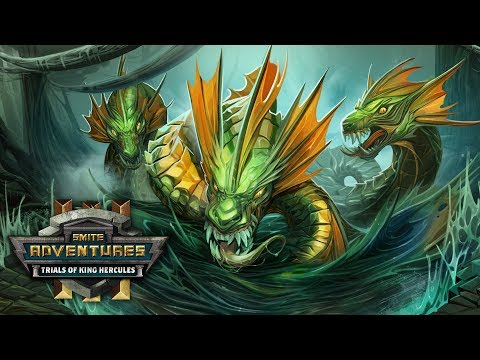 After each run in the dungeon, players are returned to the town hub where they can hand in completed quests, buy new gear and then head back out into the dungeon. Players who unlock the hardest difficulty will be able to face the final boss of the dungeon, the Lernaean Hydra, which provides the best in-game rewards for players who defeat it.

“The Trials of King Hercules” is the third adventure featured in SMITE and is available to play right now.