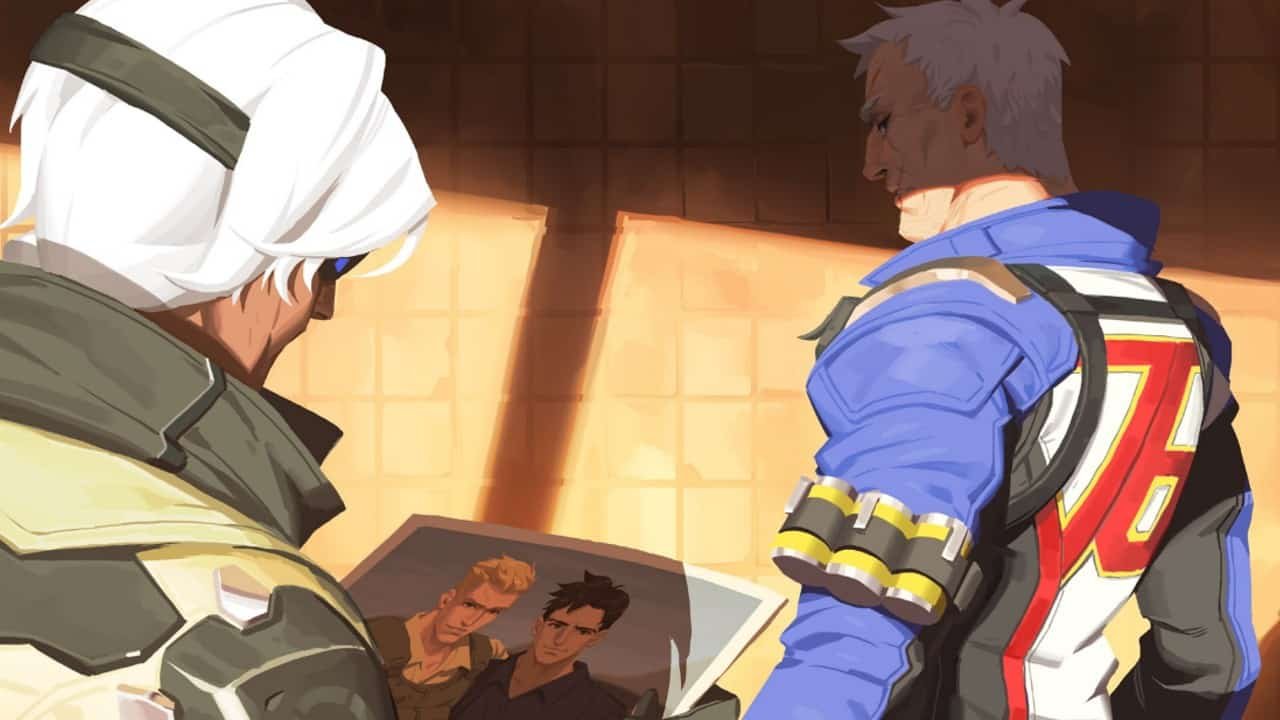 In the short story “Bastet,” Ana Amari encountered Soldier: 76 while locating a target in Cairo. When they entered her hideout to treat the latter’s wounds, they considered the whereabouts of Reaper and reminisced about the past.

In doing so, they found a photograph of themselves with Gabriel Reyes, and then a photo of a dark-haired man named Vincent. He wore a black button-up shirt and had his hand around Jack’s shoulder.

Ana then asked Jack if he was “still keeping a candle lit for him,” and wondered if Jack ever checked up on him after all these years.

Jack’s reply was, “He got married. They’re very happy. I’m happy for him.” He then explained further that Vincent deserved a different, happier life that he couldn’t give him, since Overwatch had required duty above all else.

Over on Twitter, Overwatch fans have already created fanart, while esports player SonicFox, who came out last year, acknowledged the representation. Meanwhile, other Overwatch fans are pointing out how the game’s “grizzled old soldier archetype” is now “canonically queer.”

Michael Chu, the short story’s writer, also confirmed, “Jack and Vincent were in a romantic relationship many years ago. Both identify as gay.”

Soldier: 76 is the second confirmed LGBTQ+ character in the Overwatch universe after Tracer, whose relationship with her girlfriend was revealed in December 2016.