The new Rage 2 trailer was leaked on Twitter last night.

The Rage 2 trailer has just been officially released on Twitter.

An unofficial tweet from Wario64 last night showed footage of characters lifting weights, yelling, shooting and dancing. The GIF also featured neon colours and had no shortage of action. A YouTube video was linked in the tweet, but has since been taken down.

But what is Rage all about? Id Software’s first-person shooter game featured a post-apocalyptic setting reminiscent of Mad Max, as well as games such as Borderlands and the Fallout series.

The first game featured the devastating impact of asteroid 99942 Apophis. Nicholas Raine, the character controlled by the player, had to survive the wasteland filled with mutants and bandits after emerging from Ark, an underground shelter.

Players drove around in a customizable vehicle to explore the post-apocalyptic world while upgrading their weapons to fit their own unique play style. They also got to have an inventory to store their loot and ammo collection, in addition to having a collection of recipes for bandages, rockets, turrets, and bombs.

At the same time, Raine had to rise against Authority, the wasteland’s powerful and technologically advanced government, who were hunting down Ark survivors. Raine then eventually encountered an ex-employee of Authority, who told him about the experiments conducted by the government and how they created mutants.

After rescuing the Resistance leader Captain Marshall, who had been imprisoned by the government, Raine then faced the challenge of collecting data from Authority, and using it against them. Eventually, the Raine fought his way through the government and transmitted the Ark activation code, allowing the remaining Ark survivors to rise and meet the surface.

Players who cannot get enough of driving around in a wasteland while racing and fighting enemies in both melee and ranged combat can play the first Rage in the meantime, while they look forward to more upcoming news about Rage 2 gameplay. 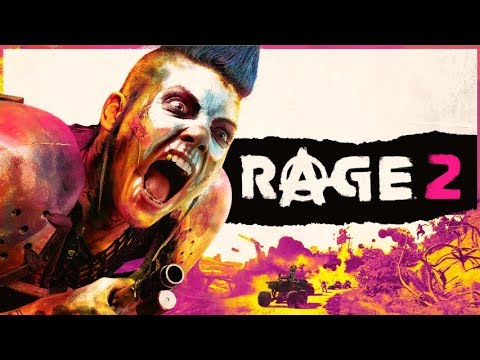 Liked this article and want to read more like it? Check out Jordan Biordi’s review of Fallout 4.