Razer is not only a company that has become synonymous with high-end gaming peripherals, but also a company that seems to be growing fairly steadily. Sounds like great time to announce a new gaming laptop.  That’s just what Razer is doing as they announce the relaunch of the Razer Blade Pro, a light, thin desktop replacement with some pretty beefy specs.

The Razer Blade Pro runs an Intel Core i7-6700HQ Quad-Core CPU and a NVIDIA GeForce GTX GPU and is touted as the most powerful system ever conceived by Razer. Furthermore, at less than an inch in width, the Blade Pro will be the thinnest notebook PC available running a GTX 1080, and weighing under 8 pounds. It even boasts a smaller AC adapter than other similar machines, making this beast well suited to players on the go.

Other technical specs are about what you’d expect from a top of the line machine. 32 GBs of DDR4 dual-channel memory, up 2 TBs on an SSD,  and a built-in SD card reader. Owners of such a machine will be treated to a 17.3 in 4K display, promising smooth framerates and clean colours. 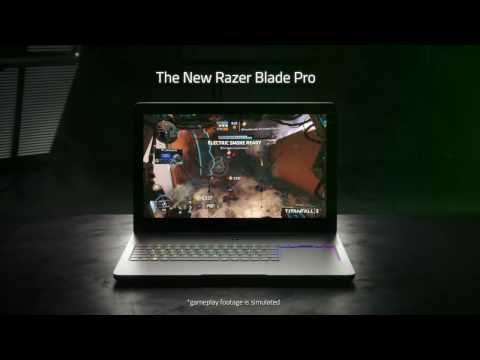 “The original 17-inch Blade was the first laptop that truly blended power and portability in a PC,” said Razer Co-Founder and CEO Min-Liang Tan. “We’ve taken that approach another step further with the new Razer Blade Pro. The themal engineering behind it is staggering. It’s incredible how far we’ve come, from having one product and a small team, to today, with a full catalog of gaming systems and a large group of engineers and designers pushing what a portable gaming machine can do.”

The Razer Blade Pro is available on Razer’s website, and is expected to begin shipping in November. Pricing for this behemoth is set at $3,699.00, so don’t be offended if no one gives it to you this Holiday season.