While the Nintendo Switch has been preparing a solid lineup of games to release throughout the coming months, there seems to be a theme of re-purposing nostalgia for a modern era with games like Super Bomberman R, and the upcoming Ultra Street Fighter 2 and Project Octopath Traveler. In lieu of a proper virtual console, Square Enix may be filling the gap with Seiken Densetsu Collection.

Seiken Densetsu initially began as a side story to the Final Fantasy franchise, though the Final Fantasy connection was dropped with the second instalment as it transitioned to the Mana franchise. While the games did maintain RPG elements, they were much more in-line with the Legend of Zelda series, featuring “real-time” combat and world exploration. Secret of Mana was also one of the first action RPG games to feature multiplayer co-op. 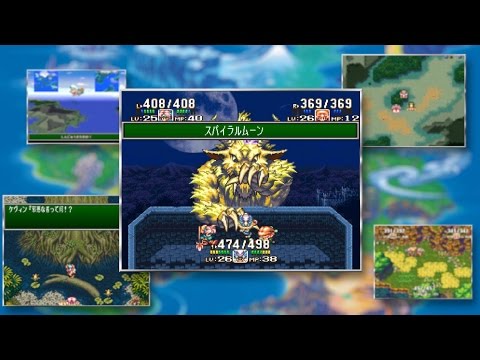 While this collection will, presently, only be available in Japan, one can only speculate if it will make it’s way to a worldwide release. The Mana series has seen worldwide popularity with re-releases of Secret of Mana on the Wii and Wii U Virtual Console, as well as Final Fantasy Adventure on the Nintendo 3DS. Considering two of the three games within the pack have already been localized, the cost of localizing Seiken Densetsu 3 could, theoretically, outweigh the risk or releasing it to North America and European audiences.

However, even without a proper localized release, with the Nintendo Switch no longer being barred by Region Locking, diehard fans could very easily get a Japanese copy of the game.

Seiken Densetsu Collection will be released in Japan on June 6, 2017.