The Big Diesel himself: Shaq, is taking on the minions of hell in, Shaq Fu: A Legend Reborn.

The game is set to release on June 5, 2018, and will be available on PlayStation 4, Xbox One, Nintendo Switch, and Windows PC. Hell has descended upon Hollywood and it is up to Shaquille O’Neal to punch, kick and side scroll his way through the worst that hell has to offer. 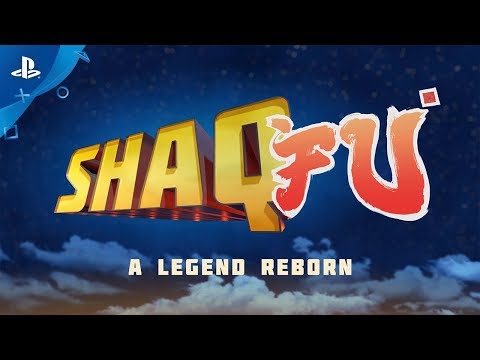 Players will take control of the mighty Shaq and unleash his fury while using a vast array of power-ups and weapons. Players will encounter outlandish celebrity bosses that have taken over Shaq’s home. Only by using devastating combos can our hero reclaim his fallen city and martial arts master.

Saber Interactive and Wired Productions announced today that anyone who purchased NBA PlayGrounds on the Nintendo Switch before June 10, 2017, will receive a free copy of the game upon its release.

Liked this article and want to read more like it? Check out Tyler Reynolds’ Shaq-Fu: A Legend Reborn Surpasses it’s Indiegogo Goal and James Griffin’s Shaq Fu Sequal Being Crowdfunded.

File Under: side scrolling