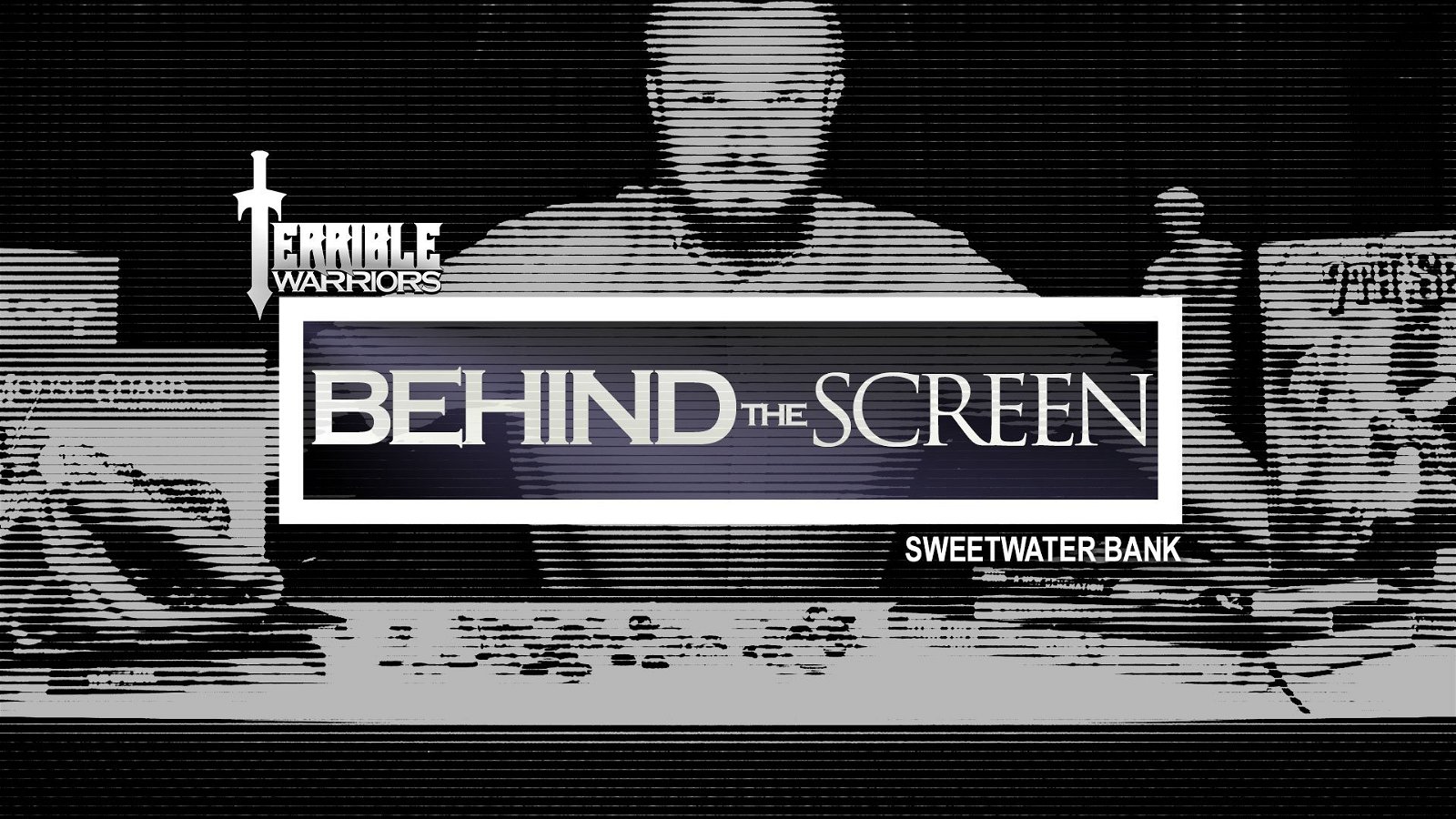 Welcome to our first attempt at going Behind the Screen, a more one-on-one conversation where Justin shares some tips and stories from his years running tabletop games.

In our inaugural Behind the Screen, Justin shares the background story to his Sweetwater Bank campaign he created for 5th Edition D&D while he was hired to run games at Toronto’s Storm Crow Manor.

Justin had several challenges going into making this campaign. Primarily it needed to be able to pick-up-and-go with zero prep time and little chance to meet the players before their game. And since this game was designed for the DM&Dine Program it needed to be friendly to brand-new players as well as engaging for those who had been playing for years. The set up needed to be quick and it needed to be completed within four hours exactly, every time it was played. Finally Justin wanted to subvert some of the default assumptions of D&D and use this limited time to showcase all the different and varied ways a simple story like Sweetwater could play, this also meant that he wanted to create a story that could absolutely be completed with zero combat while also being open to the players who wanted to roll dice and cast epic spells to destroy their enemies.

The story of Sweetwater Bank is pretty simple. A tavern, run by a dwarf named Tarry, has recently gotten a reputation for an incredibly popular and possibly addictive mead. Those who try it swear it’s the best thing they’ve ever had and can’t wait to get back. In fact, many people who try it never leave and so a small village has built itself around Tarry’s Tavern solely for the purpose of being close to the mead so they can keep drinking it.

However the players are hooked into the mystery, when they arrive they’ll encounter a Hill Giant that has stormed it’s way into town and collapsed into Tarry’s storehouse where all his mead is being kept. But not everything about this encounter, nor this village, is as it seems. Over the next four hours the players will be tasked with unravelling the mystery of Sweetwater Bank, foiling a plot to steal Tarry’s secrets, and deciding for themselves the fate of the town and it’s residents.

Special thanks to Sean Horbatiuk for joining us so that Justin could bounce his rambling ideas off of him.

Keep an eye out on our Patreon Page at patreon.com/terriblewarriors where supporters will be getting a copy this month of Justin’s Sweetwater campaign. It will be rules-agnostic and can serve as a framework for a story set in the game of your choice.
If you do decide to play Sweetwater with your group let us know by mentioning our twitter account @dicewarriors!