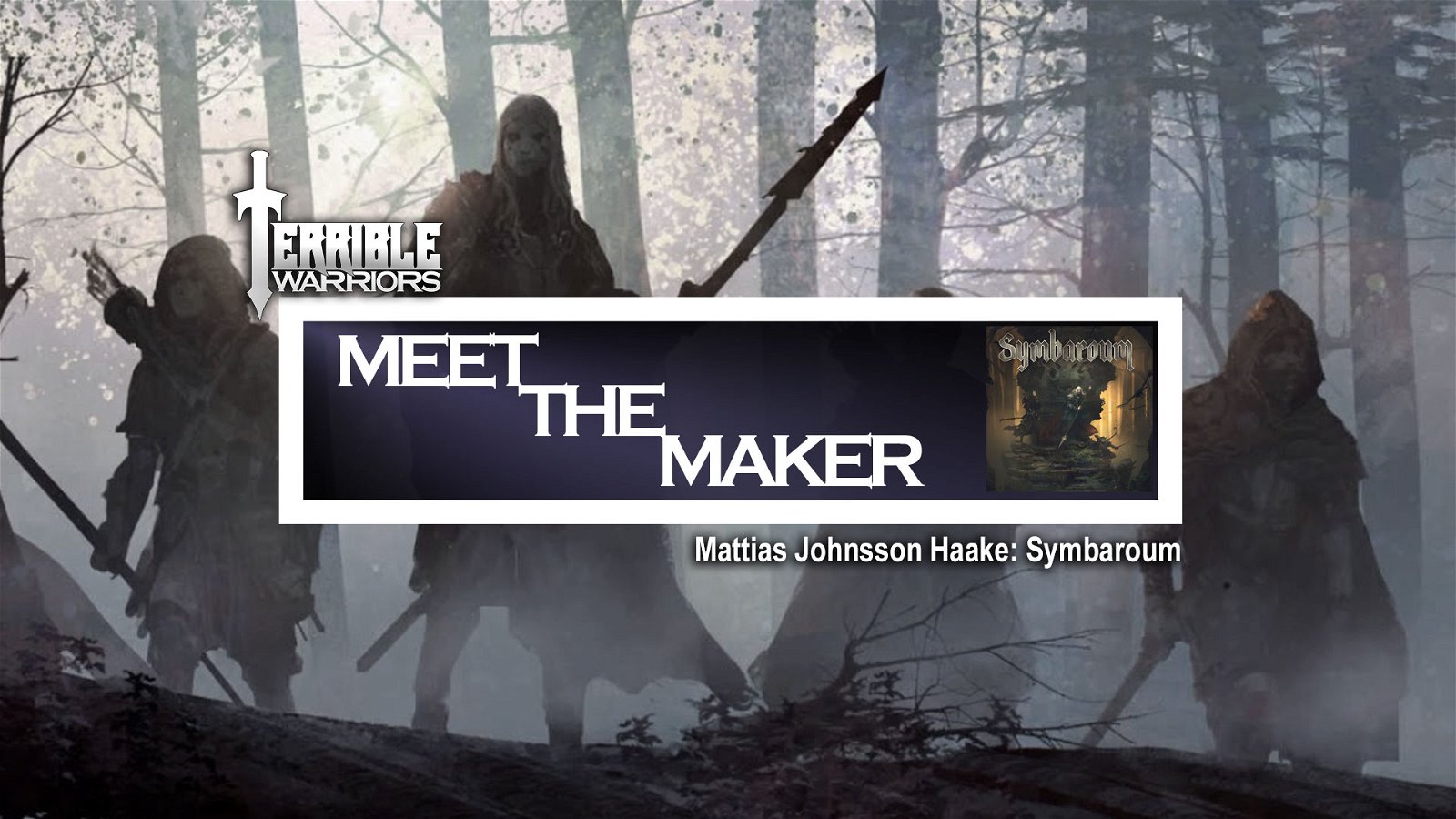 Today in a special feature of Meet The Makers, Justin connects with Mattias Johnsson Haake, the the project manager, editor, and co-writer behind the critically acclaimed Symbaroum. We talk about this intriguing setting where nature fights back and the lines of good and evil are blurred into shades of grey. We also talk about the strange and wonderful journey that brought Mattias and his creation from a defunct publishing company to merging with Free League Games.

When Mattias founded the Swedish game studio Järnringen in the early 2000’s I don’t think he could ever have expected the journey he and his company would take. They were behind the first iterations of what would one day become Mutant: Year Zero and the creators of Coriolis, but when the company was closed they had to liquidate their properties and sell them off. Coriolis would be sold to a videogame developer who would later license it to Tomas Härenstam at then new and upstart publishing company called Fria Ligan. Fria Ligan, or Free League Games as we know them know, would go on to release Mutant: Year Zero and create the Year Zero engine which would power Forbidden Lands, Tales from the Loop, and Alien The RPG.

Meanwhile, after years of being on the outside of the tabletop industry Mattias and two of his business partners made a plan to create a new game, in a new setting, that would launch them back into tabletop and if they were successful the plan was always to merge with Fria Ligan and combine their forces. That new game would become Symbaroum. Teaming with the talented artistry of Martin Grip (Coriolis, The One Ring Second Edition) and rules designed by Mattias Lilja, the three of them created a game that captured the attention of anyone fortunate enough to pick up the book.

Merging Järnringen and Fria Ligan into Free League Games would also have another fortunate outcome. The property of Coriolis, once liquidated when Järnringen was shut down, had been purchased by Fria Ligan which meant that after the merger Mattias was once again the owner of one of the first games he had created. Honestly, I can’t wait for the documentary!

But what about the game? Mattias describes Symbaroum as a dark and deadly fantasy world where nature fights back and factions vie for control. Themes of colonialism and environmentalism are paramount and while you can certainly play Symbaroum like a traditional hack and slasher the hope is that players will be asked to pause and reflect on their actions. Who are the bad guys in this story? Is a good vs evil binary even appropriate when the invaders are also refugees? The game mechanics have crunch if you want crunch but have also been compared to more story focused playstyles like Power by the Apocalypse games, you won’t get bogged down in hours of combat rolls but be tasked with finding the answers to the mysteries of the world around you. With the rules facing the players, not the GM, the onus is on them to explore the world around and discover the hidden truths of the Forest of Davokar.

Free League Games has just launched the Starter Set for Symbaroum which will set you and your table up with all you need to do to become explorers and treasure hunters on the edge of the Forest of Davokar. While the full scope of the game’s setting can be found in the core rulebook, Mattias is quick to point out that the Starter Kit is designed to be more than just a sample adventure or a demo. It comes equipped with tables and rules to help you generate your own campaigns using only the Starter Kit, and while the rules are more streamlined for ease of play it will give you more than enough to play with to decide if you want to take a deeper dive into the wilder Symbaroum setting.

And what about that wider setting? Mattias is currently working on book 5 of 6 of an ongoing chronicle beginning with The Throne of Thorns: Thistle Hold and he promises that as you progress through these stories that answers to his mysteries will be revealed as well as answers to questions you didn’t even know you had!

Check out Symbaroum at symbaroum.com and visit Free League Games to find more about all the products they offer at freeleaguepublishing.com

If you want to dive deeper into the Symbaroum community, Mattias invites you to visit their reddit page at r/Symbaroum and on facebook at facebook.com/FreeLeaguePublishing or facebook.com/groups/symbaroum.english

We also mention Tomas Härenstam a few times during our conversation and you can listen back to our interview with him here: https://www.terriblewarriors.com/episodes/meet-tomas