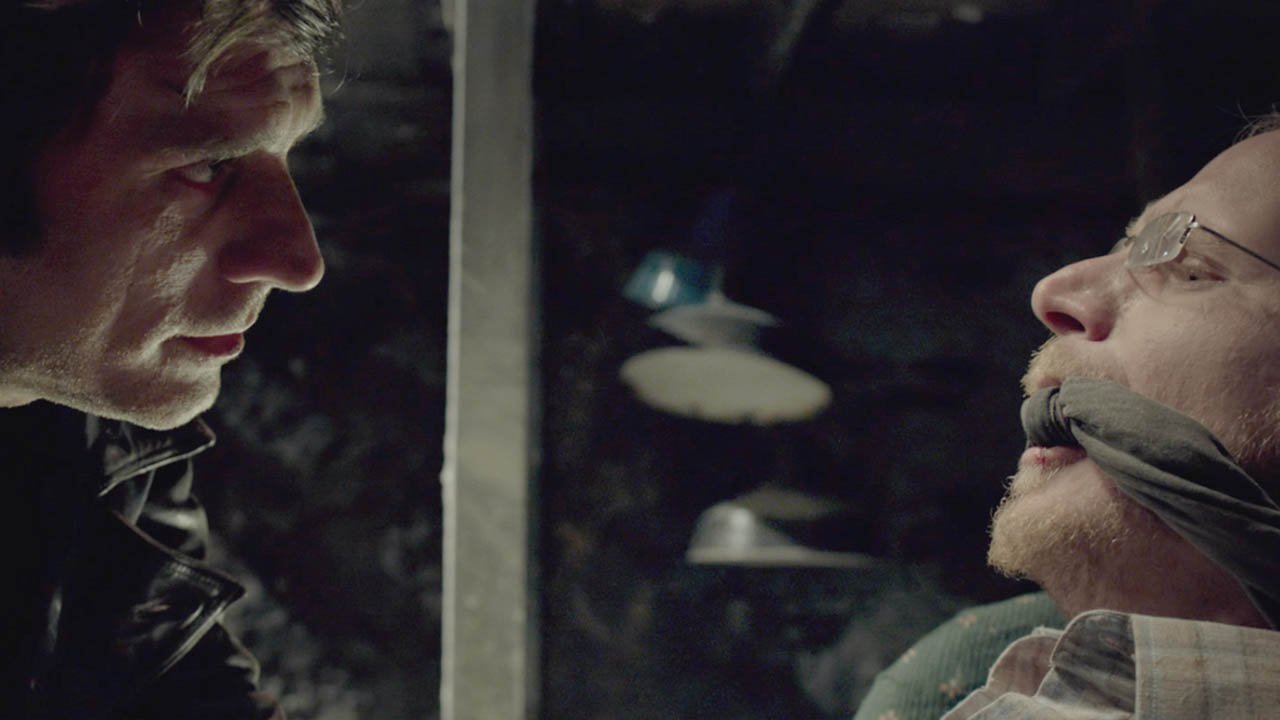 Every now and then a small little genre movie comes along that demands attention simply so that it doesn’t disappear. The famously mouthy Quentin Tarantino has been screaming accolades about Big Bad Wolves for so long that his name is now slathered over all of the posters. Sometimes Quentin’s taste can be questionable, but in the case of this acidic Israeli dark comedy/horror flick, QT is right on the money. It’s the second film from co-directors Aharon Keshales and Navot Papushado, whose debut Rabies earned them favorable comparisons to the Coen Brothers. With Big Bad Wolves, the filmmaking team has delivered on that early promise with such skill and wit that they’ve managed to distance themselves from their influences. These gents now have a voice and style all their own and it’s wonderfully nasty.

Thematically and in the narrative set up, Big Bad Wolves is quite similar to Denis Villeneuve’s hit thriller Prisoners from the fall; however, thanks to Keshales/Papushado’s delightfully twisted sense of humor, their flick evolves into something far more interesting than R-rated Hollywood pulp. The film opens with a group of children playing hide and seek in an abandoned house shot in poetically beautiful slow motion. At the end of the game/credits, one child has been kidnapped. We then cut to leather jacket renegade detective Micki (Rotem Keinan) supervising the beating of suspected pedophile and murderer/confirmed religious studies teacher Dror (Rotem Keinan). Nothing comes from the “interrogation” beyond a YouTube video that condemns the seemingly innocent Dror to public scorn and possibly costs Micki his job. The mutilated body of the missing girl is then found, and her grieving father Gidi (Tzahi Grad) kidnaps both Dror and Micki. He takes them to an abandoned house in the woods where the torture tactics on Dror can continue, with moral righteousness and insanity nimbly jumping from character to character. All of which makes the movie sound like an unbearably morbid thriller/horror movie, which Big Bad Wolves sort of is. But, in the hands of Keshales/Papushado it’s also a wildly inappropriate comedy and light political allegory. The fact that they could fit in all of the conflicting tones is remarkable. The fact that it all works is a bit of a miracle.

The filmmakers constant comparison to the Coen Brothers is apt in that they are highly intelligent storytellers and stylish filmmakers who understand their genre movie tropes so well that they toy with audiences and confound expectations at every turn. There’s no opportunity to ever become comfortable or passive as a viewer because just when you think you’ve got a handle on the movie it veers off wildly into an unexpected direction that makes it far more interesting. Just as quickly as Dror becomes an obvious suspect, he turns into a victim of horrendous torture and the only character on screen who seems to deserve sympathy. Once Gidi is revealed to be a bloodthirsty psychopath ripping out toenails, his father shows up, and he must take a break to share some familial chicken soup. Once the movie seems to be morality-testing pulp, a side character is introduced that makes the entire torture plot feel like an allegory for the violence/vengeance fueled Israeli conflict. There’s comedy throughout (a police sergeant berating Micki while his son looks on during take-your-child to work day here, a jovial mid-torture cake baking montage there) and yet even though it’s all quite funny, the filmmakers always insert their humor into such dark moments that the laughter stings in a gloriously appropriately inappropriate way. The three central actors are all remarkable, perfectly playing the drama straight and deadpanning the comedy with ease. The cinematography is lush and gorgeous, yet carefully used to always serve the story. In other words, it’s a movie that seems to do everything right, especially when what’s been shown on screen is devilishly wrong.

Make no mistake, Big Bad Wolves is far from a film for everybody. In fact, those offended or disgusted by the movie are probably justified in feeling that way. Keshales and Papushado are button pushers who want their audience to feel uncomfortable at all times. What makes them strong filmmakers is that they know exactly what they are doing. All of the plot strands, character arcs, and themes are carefully employed and worked out to have substantial payoffs. The central mystery remains one until the closing frames, and that reveal completely changes everything that comes before, demanding revaluation. It’s a movie that demands you carefully consider everything on screen, especially when the directors have you laughing or gagging the hardest. That’s not an easy balancing act to pull off, especially in a film that is ultimately a nasty and subversive slice of genre sleaze. In only two movies, Keshales and Papushado have made a name for themselves as two of the most intriguing genre writer/directors on the planet and the fact that they’ve done it from a country that doesn’t exactly have a history of genre movie production only makes that achievement even more impressive. Big Bad Wolves is a film that you’ll have to seek out rather than one that will fall in your lap. Yet, it’s also one more than worth the effort even if the experience will probably make you feel somewhat sick to your stomach. 2014 may have only just started, but we’ve already got a serious contender for the best genre movie of the year.

Make no mistake, Big Bad Wolves is far from a film for everybody. In fact, those offended or disgusted by the movie are probably justified in feeling that way. 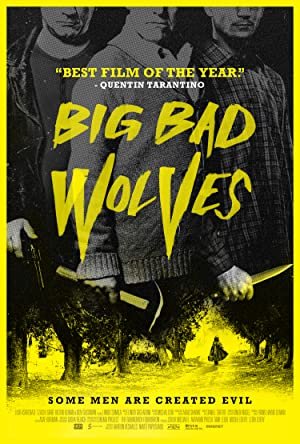