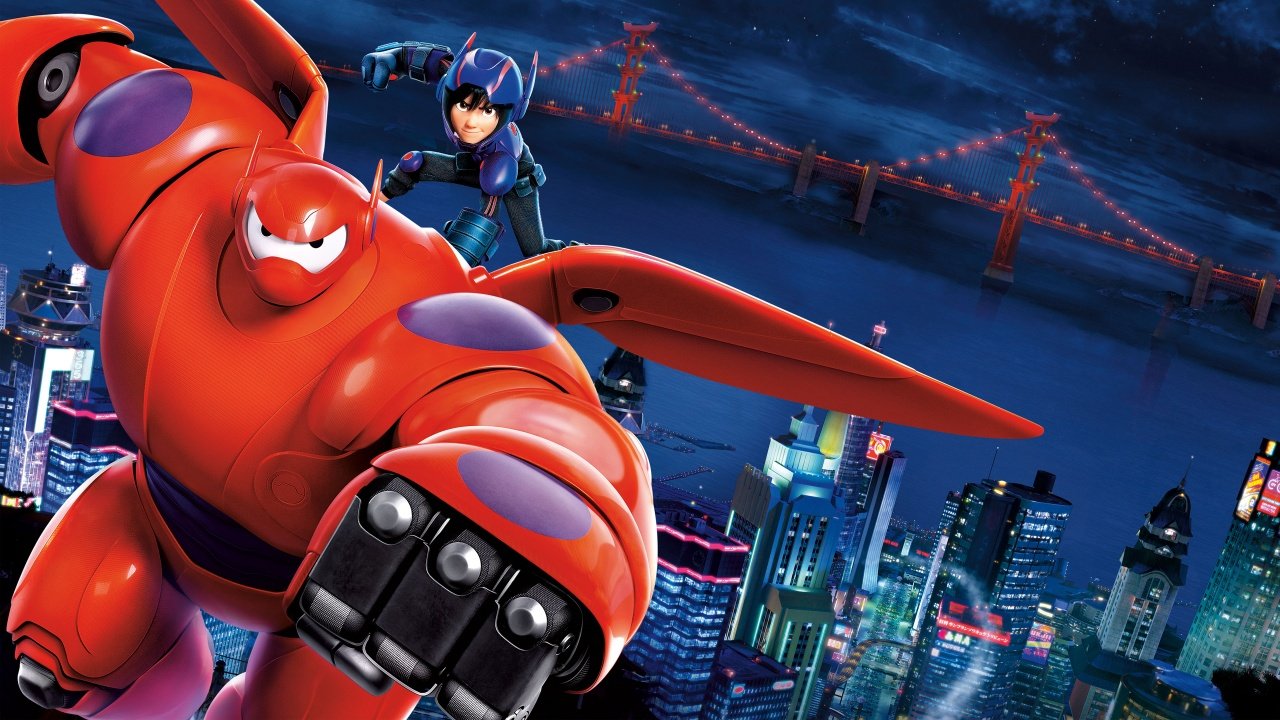 Disney Animation is in a strange place right now. On the one hand, they’re still clinging to their good old timey princess stories to mild (Tangled) and massive (Frozen) success. On the other hand, they’ve put John Lasseter in charge of the animation department and are trying to latch onto the success of Pixar and Comic Con friendly properties with Wreck-It Ralph and now their superhero movie Big Hero 6. Based on an obscure Marvel property that’s ripe with merchandising opportunities, Big Hero 6 liberally pulls from Brad Bird’s playbook to deliver a movie that’s essentially The Iron Giant Meets The Incredibles. It’s a pretty cynically constructed enterprise that pulls from past successes in the hopes of creating a fresh, sparkly new success. If you’re familiar at all with the genre (especially Bird’s dabblngs) there are no surprises to be found. Yet, thankfully that’s not the same thing as saying Big Hero 6 is a bad movie. It’s colorful and fun and gorgeously animated. It’s just also one of the weaker entries in our current state of Marvel movie overload.

The story follows Hiro (Ryan Porter), a young robotics genius whose older brother Tadashi (Daniel Henney) is already working at one of the most prestigious robo-schools on the planet. Tadashi has made an inflatable, cutie pie medical robot named Baymax (Scott Adsit). Hiro, on the other hand, makes battle bots and to get into that prestigious robo-school he designs and builds thousands of mini-robots that are operated by the mind and combined to do anything. He gets in and just as it seems like everything is going to be great for the robo-building brothers, Tadashi dies to give Hiro the tragic backstory necessary to become a superhero. In the midst of his post bro-death depression, Hiro befriends the soothing/soft Baymax and together they discover that a masked supervillain has stolen all of Hiro’s mind controlled robots with plans to get up to no good. There’s only one thing that Hiro could possibly do in the face of such dastardly deeds, round up all of Tadashi’s old robo-building-buddies (Damon Wayans Jr., Jamie Chung, Genesis Rodriguez, and TJ Miller) to form a superhero team. Because that makes sense, right?

So, it’s yet another superhero origin story with a built-in supervillain that ends the second that the team is finally formed to set up a sequel. There’s nothing inherently wrong with that plot structure, except for the fact that audiences have been sitting through it ad nauseam at least twice a year since 2008. Sure, this one is slightly different because there’s also a moving friendship between a precocious socially awkward boy and a kindly cute robot, but even that plot thread comes so thoroughly ripped from The Iron Giant that it’s impossible not to notice (ditto the fractured family relationship between the heroes a la Bird’s The Incredibles). In the end, there’s nothing here that you haven’t seen at least a dozen times before over the last decade and it’s hard to get even remotely excited about it one more time. However, that’s a cynical comic book movie fan talking and even though most comic book movies these days are made for my crowd, this one isn’t. It’s a Disney product designed to be a Fisher Price “My First Superhero Movie.” Yes, it hits every genre cliché, but it’s also supposed to be introducing all of those clichés to fresh-faced audiences who don’t know them yet. You can’t blame the filmmakers for sticking to the formula on this one, even if that dilutes the fun significantly for everyone other than the kiddies.

There’s also no denying that it’s a big, beautiful, glossy production. With a house style that fuses the anime aesthetic with the Marvel color scheme and the free-flowing digital camera of contemporary CGI family action movies, the film is pure eye candy. It flies by at a fast clip, piles up a stack of amusing vocal performances from established comedic actors, and offers plenty of visceral action within a soft n’ cuddly Disney landscape. It might be one of the most commercially calculated movies of the year, but let’s face it: nobody does calculated entertainment like Disney. It’s hard to imagine that kids won’t go crazy for the movie and as a result, plenty of Baymax toys will be sold and the tots who fall in love with superheroes for the first time here will race out and discover all of the classics. That’s really all the movie wants to do and it achieves its goes well enough that you can’t call it a failure. It’s just a shame that the movie didn’t reach the emotional and entertainment heights of the Brad Bird movies that it so desperately wants to be because his voice is sorely lacking from Hollywood animation these days. Hopefully someone at Disney cut Bird a cheque for inspiring this movie though. Any success it achieves owes just as much to him as anyone involved in the original Big Hero 6 comic or the Disney animation blockbuster it spawned.

Also check out our interview with Scott Adsit.

Final Thoughts
Yet, thankfully that’s not the same thing as saying Big Hero 6 is a bad movie. It’s colorful and fun and gorgeously animated.
More From CGMagazine 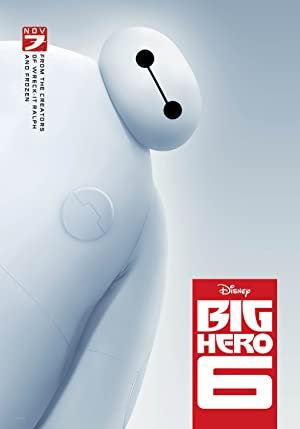