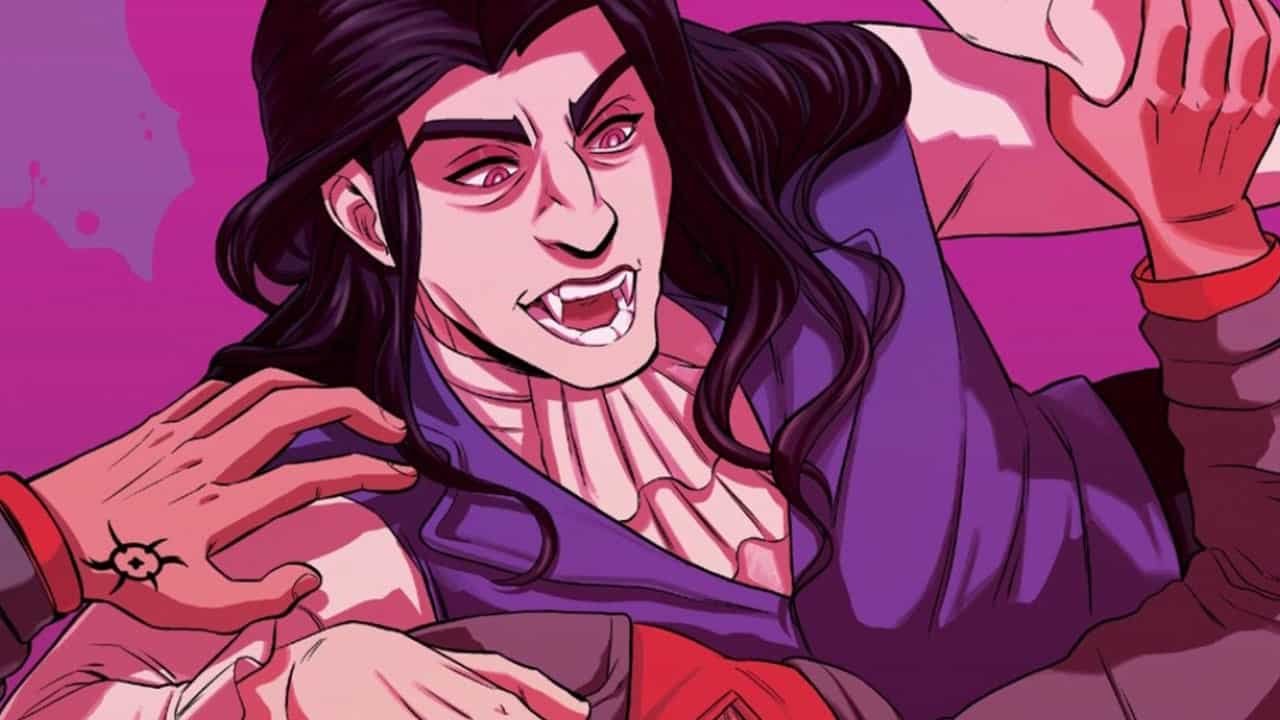 The second issue of the Dream Daddy comic series, “Let the Right Dad In,” is probably the best single piece of content to come out of the original visual novel because it focuses on what the game does well rather than fumbling its way through the contrived romance it’s become synonymous with.

In fact, there’s not even a mention of the nameless, red-headed fatherlover who debuted in the first issue, and it lets the issue focus on the series’ strengths: its charming and genuinely funny characters.

“Let the Right Dad In” spotlights two of Dream Daddy’s datable dads: Robert and Damien. The “bad dad” and the “goth dad” find themselves on opposing sides after Robert decides Damien’s goth aesthetic is representative of a more sinister truth: he’s a vampire. “Let the Right Dad In’s” slapstick approach to the already absurd premise keeps it both entertaining and somehow believable despite itself. Damien knocks to be invited into a home because he’s polite? Robert’s mind is racing. He’s drinking red juice? Gotta be blood, says Robert, spying on Damien through his front window. Damien goes out with Robert’s friend alone at night? Robert’s gotta drop what he’s doing to save her, making sure to steal youth minister dad Joseph’s bible right out of his hands for protection. The whole situation is ludicrous, but the issue sells it with a fast, funny pace and enough references and gags to make the cul-de-sac Dream Daddy takes place in feel like a real community of people who know and care about each other. More so than issue one, “Let the Right Dad In” manages to capture the living world of Dream Daddy, which makes it a definite treat for the invested fans of the original game.

Dream Daddy has always been at its best when it’s letting its endearing cast of characters shine without the constraints or expectation of romance, and “Let the Right Dad In” captures that for all involved. Robert’s paranoia about Damien plays on his grizzled badass persona, but it’s executed in a way that is willing to make the self-serious dad the butt of jokes even he laughs at. Damien, the goth dad with an affinity for the Victorian era is actually a kind-hearted man who works at an animal shelter, and his transformation from potential vampire to just a fairly ordinary guy isn’t played as a twist, it’s played as a truth that the reader’s clued in on that Robert is too caught up in his own conspiracies to see.

Even the first issue of the series was a solid story about growing up, it just all falls apart as soon as it attempts to weave in stories of romance and fails to build any of that tension. Dream Daddy may have a very narrow view of what male intimacy and gay romance are, but it’s clear it has a very strong grasp of who its characters are, and “Let the Right Dad In” succinctly captures the two it focuses on masterfully. The standalone nature of these comics appears to be allowing its writers to play to the strengths of different characters, and maybe it’s just better if the rest of them avoid all pretense of romance, because time and again Dream Daddy has demonstrated it can’t capture a love story. That’s a shame, because as lovable as each of these dads are, it’d be great to see well-executed love stories starring them. But for now, I’ll just be glad to have seen “Let the Right Dad In” do right by these characters, especially Robert, who remains the series’ one true best dad.

“Let the Right Dad In” spotlights Dream Daddy’s strengths by dropping all hints of romance, which the series has never been able to deliver on. 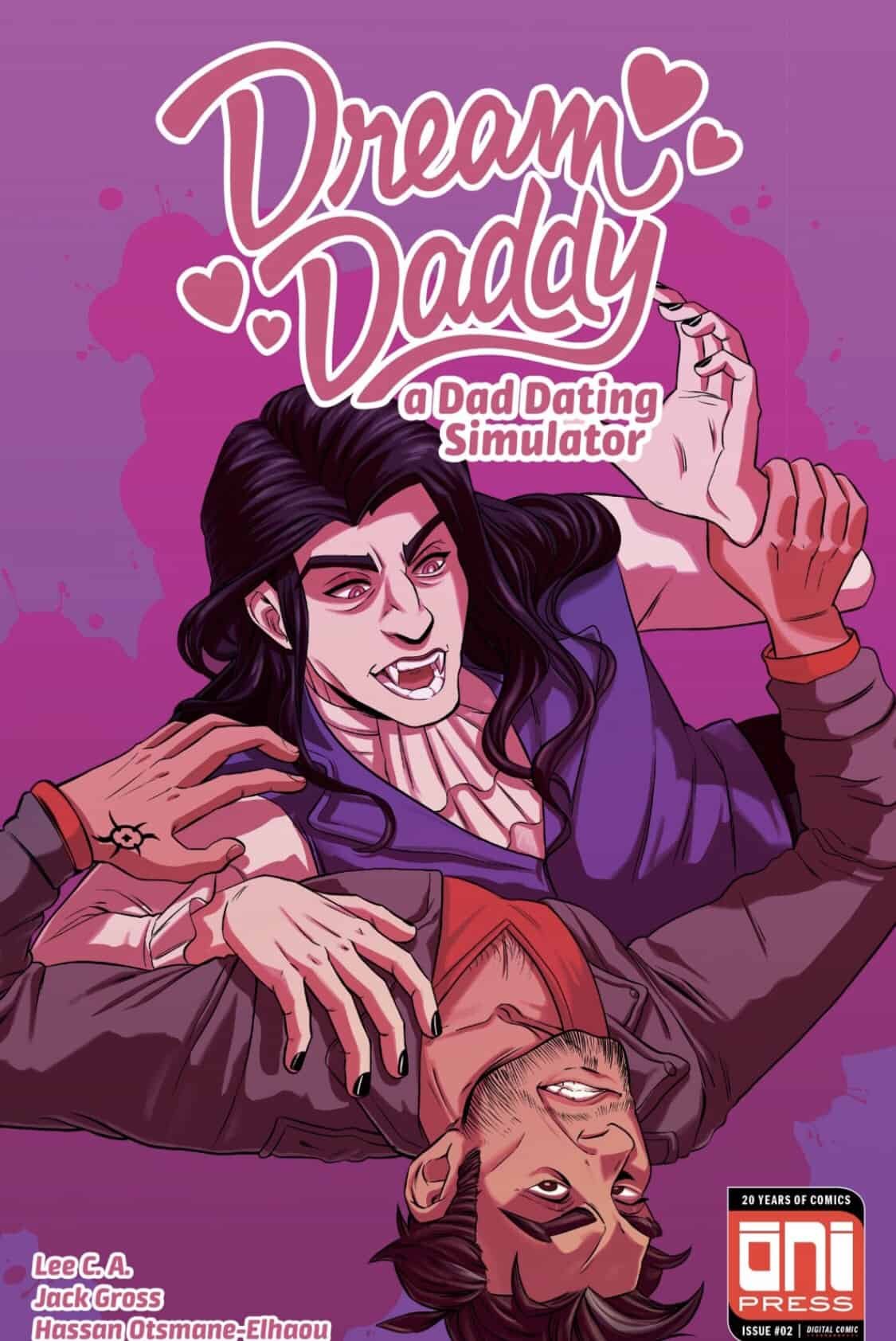