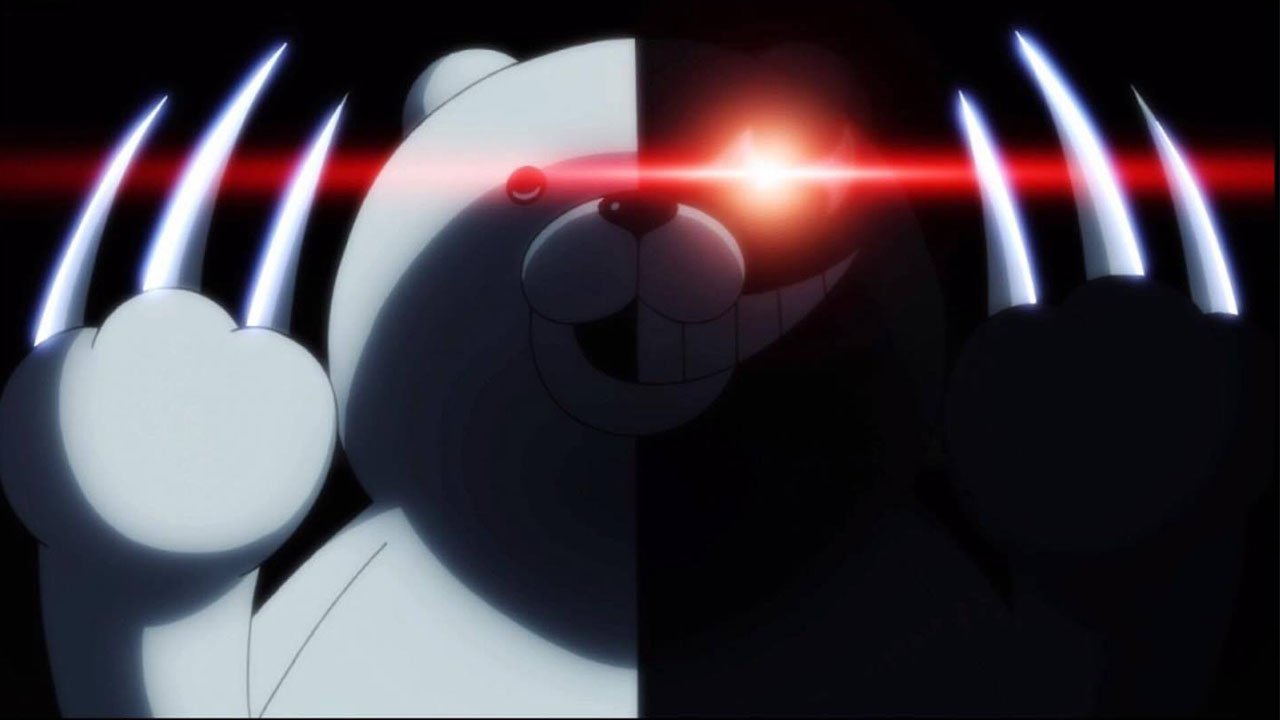 Time has treated Danganronpa Another Episode: Ultra Despair Girls strangely. In the time since the game originally launched on PlayStation Vita in 2014, Danganronpa as we know it has seen its conclusion and much of the foreshadowing Another Episode hints at has come to fruition in the animated finale Danganronpa 3: The End of Hope’s Peak Academy.

Another Episode appeared at one time to be a table setting chapter leading into a final conflict, but now that Danganronpa 3 has wrapped up these loose ends, the seemingly massive reveals Another Episode offered years ago have been ultimately relegated to a series of red herrings. As a result, the puzzle shooter spin-off retroactively feels less essential than it did when it first came out. That’s not to say that it—and specifically the much improved PlayStation 4 port isn’t worth your time—especially if you’re invested in the larger, twisted narrative Danganronpa spins, but Another Episode is indisputably a side story, one that acts primarily as exposition rather than the required reading it initially presented itself as years ago.

Set between the events of Danganronpa: Trigger Happy Havoc and Danganronpa 2: Goodbye Despair, Another Episode focuses on Komaru Naegi, the sister of series protagonist Makoto Naegi. After being imprisoned in an apartment for over a year, Komaru finds herself set loose in the town of Towa City, which has been overtaken by hostile Monokuma robots, which are targeting her and several others across the city. These robotic bears, under the orders of a group of children calling themselves the Warriors of Hope, have laid ruin to the once prosperous city as they attempt to kill the adults residing there to make a children’s “Paradise.” Equipped with a hacking gun that can disrupt the Monokumas’ programming and accompanied by returning character Toko Fukawa, Komaru attempts to escape Towa, while unraveling the mysteries the city holds for her, including her role in the Warriors of Hope’s larger plans.

Despite its relative lack of consequence, Another Episode still excels where Danganronpa always does in fantastic character dynamics and a compelling mystery. Toko and Komaru’s relationship is one of culture shock for both of them, as Komaru’s innocent naiveté contrasts Toko’s bitter and pessimistic attitude. The two learn from each other and their journey together, and while Komaru may be the player character, Toko is the one who leaves Another Episode with the most change behind her. As a person who found the anti-social writer bordering on insufferable in Trigger Happy Havoc, Toko’s growth in Another Episode makes up for her use as a punchline in her debut, and helps shape her into one of the more well-rounded characters in a series full of standouts. Komaru’s arc is similarly strong as she chooses to reject the narrative several players in this game are trying to force upon her in living up to the heroism of her brother, or in some cases, the villainy of others.

But ultimately it wouldn’t be a Danganronpa game if the battling ideals of hope and despair didn’t play a major part. Another Episode’s take on these ideas is a bit different from the first two games, as it asserts a more negative view on hope than the series is known for. As citizens of Towa City become more desperate in the face of the riots and Monokumas around the city, Another Episode shows the ways in which hope can be dangerous, as those who have experienced the pain of loss become loose cannons, regardless of consequence.

On the despair side, Another Episode is among Danganronpa’s darkest stories. As the Warriors of Hope are all children, the game focuses on what despair means for a child. This means it delves into some incredibly sensitive material, primarily in child abuse. In most cases it handles these in a respectful and affecting manner, but its attempts at satire when exploring sexual abuse fell flat as it used a sexualized minigame to try and illustrate a character’s trauma, which I ultimately felt just came off as fanservice.

As a whole, the Warriors of Hope aren’t quite as memorable as Monokuma as a villain, but in their own isolated story they provide interesting mystery, sympathetic characterization, and come off as believable children despite their villainous nature.

While its themes are slightly different from what the series typically portrays, Another Episode’s greatest divergence from other Danganronpa games its forgoing a murder mystery for puzzle-driven shooting mechanics. Using the hacking gun, Komaru is able to manipulate and destroy Monokumas. While early on I was able to reliably blast through the bears with standard bullets, as Another Episode goes on the Monokuma and bullets you have access to become more complex. As a result, the game is more of a puzzle game as opposed to an action game, with a focus on crowd control and combining ammo types to execute enemies at different rates. Examples include putting Monokumas in stasis by making them dance, leaving them vulnerable to an easy headshot, controlling them to take advantage of their weaponry, or using electricity to stun several surrounding bears.

While the Vita version of the game suffered from sluggish shooting controls, the upgrade to 60-frames-per-second on the PS4 and the more precise analog sticks make the shooting mechanics significantly smoother and easier to manage on console.

Hacking Monokumas makes up one half of the moment-to-moment, but the other half of Another Episode is a more direct puzzle game, where I had to use various bullets to solve environmental puzzles scattered across Towa. These are more in line with Danganronpa’s deduction-based gameplay, and require precise execution and planning. These designated rooms feature Monokumas scattered about and require you to clear it under certain conditions, such as using specific bullets or taking out all the bears in one shot, and they help bring some of the logic and deduction found in the mainline Danganronpa games to Another Episode, even if they can be repetitive when they’re grouped together in short bursts of gameplay.

Should any of the shooting mechanics and Monokumas get overwhelming, Toko essentially acts as an instant win button for players who swap control over to her. She can’t take damage and can dish it out more easily than Komaru can by using her trademark scissors, which can make her inclusion feel a tad exploitable at points. Even when it’s relying on puzzle solving, Another Episode never really feels hard enough to merit Toko’s invisibility, but if a Danganronpa fan is coming from a visual novel background it makes sense to include her for those invested only in the story.

I still have a lot of respect for Another Episode all these years later. It was a massive shift in direction for the series, and I think the PlayStation 4’s framerate and control improvements make it a definitive place to play it. But even as I went through Komaru and Toko’s story one more time, I could only remember the conclusion that awaited them and the Warriors of Hope in Danganronpa 3. At one point Another Episode was a game I swore by as a crucial piece to Danganronpa’s puzzle, but now, it feels like a fun side story in a piece of fiction that is otherwise concise and uses up every moment of its time with purpose.

Danganronpa Another Episode Ultra Despair Girls is still a profound story with improved mechanics on PS4, but its standing in the series’ narrative has shifted for the worst since it originally launched. 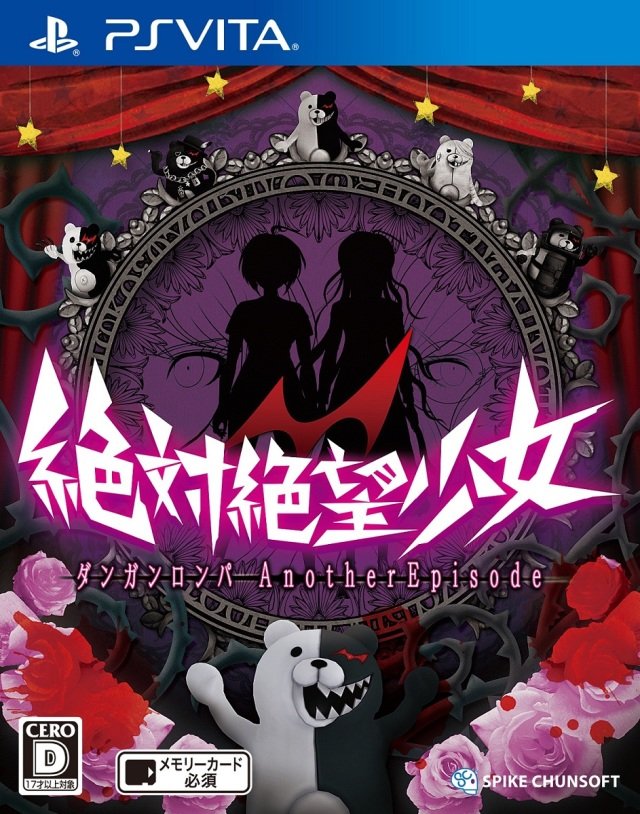