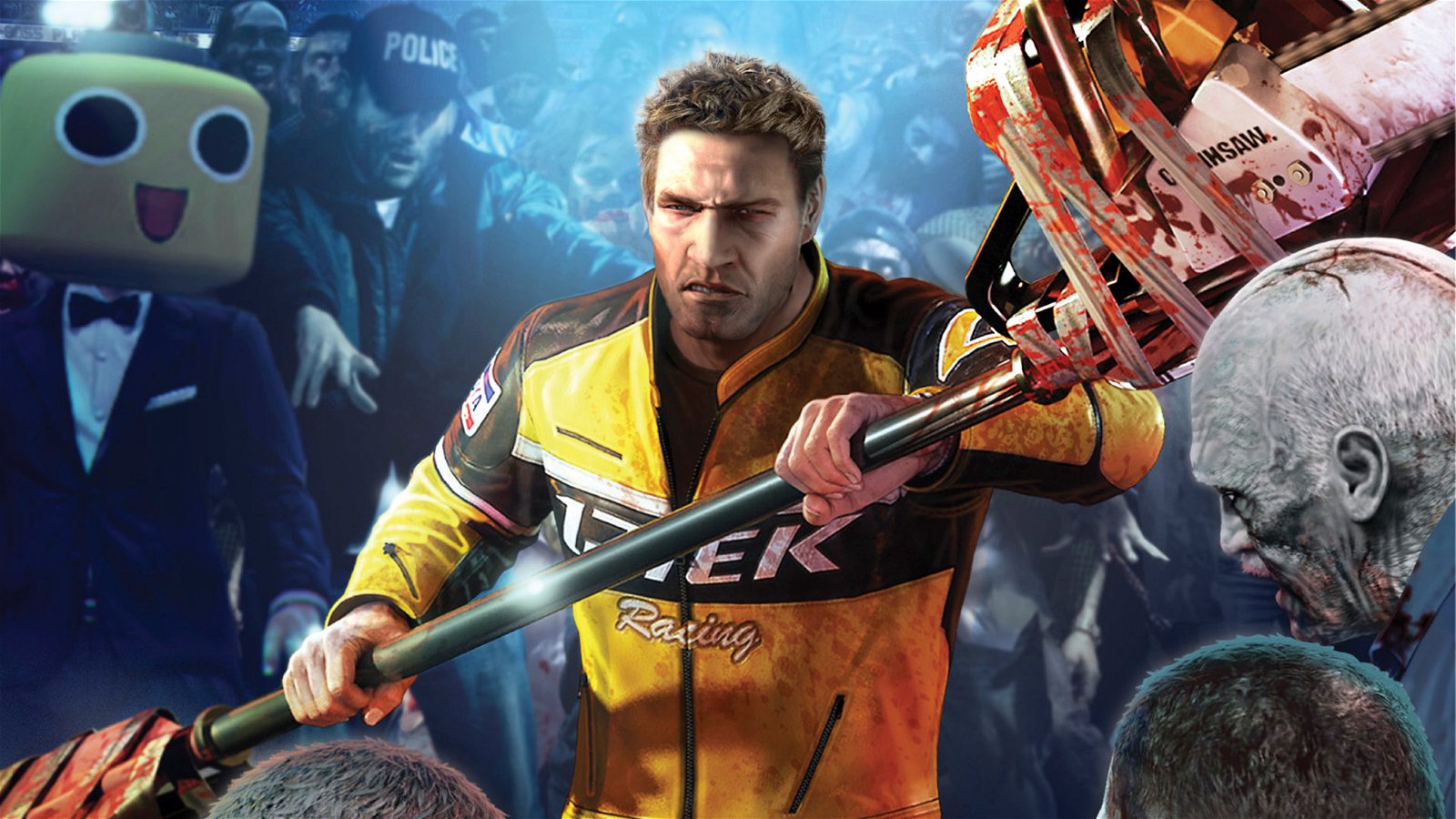 Jean-Paul Satre once wrote “Hell is other people” and in a zombie apocalypse no phrase could be truer. Dead or alive the people surrounding Chuck Greene are a persistent burden as he tries to survive the worst three day weekend of all time with his pseudo-undead daughter Katey.

Set against the glitzy backdrop of Fortune City – a stand-in for the real world Las Vegas – hordes of the walking dead are let loose after an incident involving the zombie themed TV game show Terror is Reality. Now, in between slot machines and poker tables, Greene must fight his way through the shambling masses to find evidence and clear his name after being wrongly accused of causing the madness. Throw in the fact that his infected daughter Katey requires a shot of the rare anti-zombie medication Zombrex every 24 hours and you’ve got a stressful situation.

Dead Rising 2 does a fantastic job of conveying this frustration, not so much through clever storytelling but through the core mechanics themselves. Keiji Inafune has taken the most annoying game mechanics of all time, mashed them together and forces players to endure if they want to enjoy themselves. Timed missions, escort segments and a sparse save point system make it difficult to enjoy the game without serious commitment.

Missions themselves are simple enough, rescuing stranded survivors or finding needed items and bringing them back to base. What makes them tough is the fact that they’re all done on a timer and there are so many missions to complete that if you’re not hasty most will go unfinished. There’s no doubt this will aggravate a completionist gamer to no end, but there’s a certain realism that comes with deciding what matters in an apocalypse scenario.
Keeping things timed also guarantees the experience to last only 6 and a half real-world hours. There is an Overtime Mode to be unlocked to extend the experience, but only if players arrive at a particular one of the game’s multiple endings. Dead Rising 2 lives a second life in its multiple playthroughs, players will want to go back and complete missions they didn’t have time for and to check out additional endings.

The save system also adds a lot of pressure to the game, only offering players the opportunity to record progress after completing a major mission or if they find a restroom somewhere in the Vegas-like strip. Because saves come so rarely it adds a tension to the game because every second could be your last and backtracking to your last save point can mean hours of play lost.
The new location doesn’t do much to differentiate itself from the first Dead Rising. Fortune City feels a lot like Willamette with an overabundance of neon. Everything is still sequestered in to little shops and players will navigate a similar map to find what they need. Size and accessibility are probably the biggest differences, with Dead Rising 2 featuring more locations but in a web-like layout making everything easier to access regardless of where you are.
Navigating Chuck through all this madness will be frustrating for some as the game retains Inafune’s trademark clunky controls. Certain actions like eating or using certain items will wrestle control from the player and force them to watch an animation while the zombies close in on them. It’s frustrating, but some would argue it just adds another layer of tension.

One of the biggest complaints players had about the first Dead Rising game was that NPC characters were basically walking meatbags, getting eaten by zombies like it was their job. Thankfully the characters in Dead Rising 2 have survived with their brains intact and can actually defend themselves. They still need Chuck to rescue them from time to time but most of them, particularly those outfitted with weapons, can take care of themselves. There are still a few helpless old ladies that need to be carried, but the AI upgrade means these missions come as a refreshing change of pace instead of just another burden.

Another thing that makes Dead Rising 2 significantly superior to its predecessor is the introduction of a new crafting system. Chuck Greene, along with being a daredevil extraordinaire, happens to be quite the handyman. Scattered throughout the strip players will find workbenches that can be used to combine items to form brand new weapons of destruction. Perhaps our protagonist’s surname is just a coincidence, but his duct-tape creations would make Red Green blush.

The new weapons all offer additional PP (experience points), so crafting and using them can quickly become a priority. Where players of the original Dead Rising could get through the game memorizing a few key locations for powerful weapons, Dead Rising 2 really encourages open eyes so players can find the components to maximize their potential.

The crafting system is not flawless though, it suffers from a slight underdevelopment. All of the creations exist in a single tier, you can only mix 2 plain objects to get a new one. There is a real missed opportunity in expanding the list of creatable items to include second tier creations built from 2 crafted items. This sort of structure would have added a lot of depth to the crafting experience, but sadly Dead Rising 2 barely scratches the surface of what could have been possible.

Thematically, Dead Rising 2 says a lot of the same things most other zombie genre pieces have already said. The game holds a mirror up to the player and lets you see humanity’s flaws in the zombies’ dead eyes. It’s about consumerism, it’s about assimilation, and it’s about the depths we sink to for survival. None of these themes are handled like a hammer though; it’s all subtext and implication.

Despite these introspective themes Dead Rising 2 still very much remains an ultimate male power fantasy. Throughout the game players are never really challenged by the slow moving zombies, they dominate them constantly in gruesome fashion. The women Chuck meets are caricatures of femininity, either playing to innocence or seduction. Even Chuck’s relationship with his daughter is used to reinforce his role as a protector and provider. The game embraces the concept and sticks to it through the whole experience, and the game is better off for it.

Multiplayer naturally extends the male power fantasy with co-op play adding in another player to spend some quality bonding time with. Completing missions will often take a back seat to wanton play in the zombie sandbox, either experimenting with new weapons or just trying to see what’s possible. There is the option to play a Fuzion Frenzy-esque competitive mode, but it doesn’t provide the same thrills the core experience delivers.

Dead Rising 2 is one of those rare games that exist in a genre all on its own. The game offers a lot to enjoy, but sometimes it’s not always super accessible. It’s the sort of game that will make you work if you want to have fun, and surprise you with enjoyment when you least expect it.

Final Thoughts
Dead Rising 2 is one of those rare games that exist in a genre all on its own. The game offers a lot to enjoy, but sometimes it’s not always super accessible.
More From CGMagazine 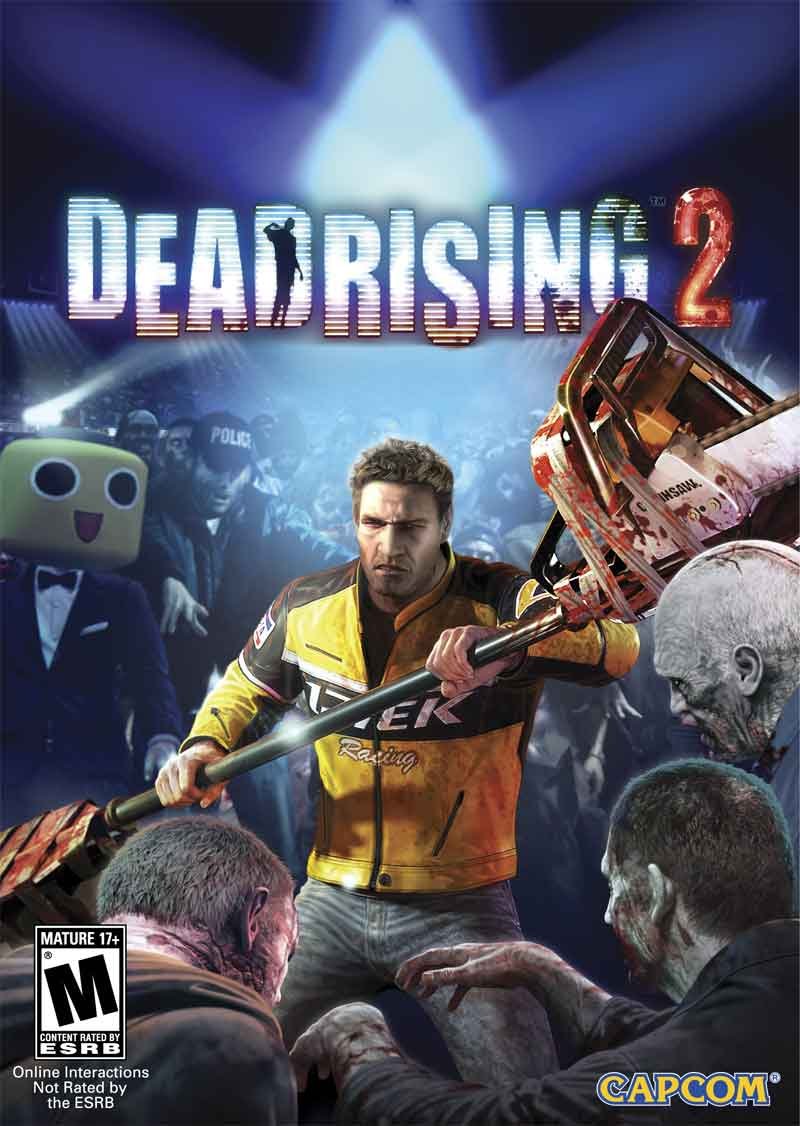