The Worst Version is Still a Hell of a Great Time
SCORE: 8/10 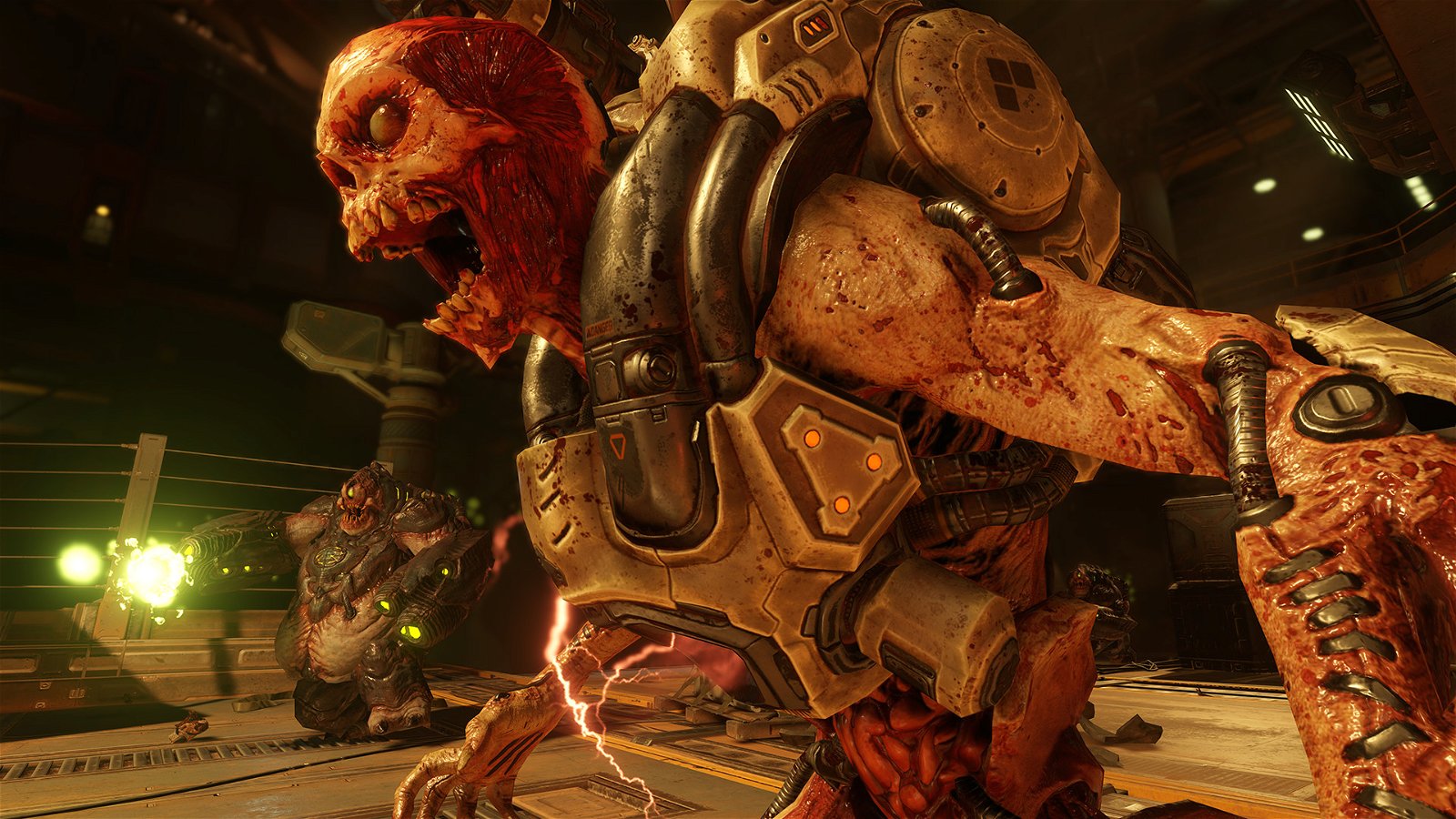 It has been 20 years coming, but Doom has finally come back to Nintendo via the Nintendo Switch! Worth the wait? I’d say so, yes.

This port of 2016’s smash hit is based on the classic game of the same name. I’m sure you know that, right? I mean Doom is one of the most iconic games out there and pretty much brought first-person shooters into the limelight. While this has the same great demon destroying campaign and multiplayer, it does have its drawbacks.

Doom is the first game I’ve played on the Nintendo Switch where the graphics look notably low resolution when played docked and connected to my 4K TV. The frame rate has been halved from elsewhere to 30FPS, making it feel more like classic Doom which was notoriously locked to 35FPS. Surprisingly, the gameplay doesn’t suffer a beat from lower of the frame rate, it still feels great ripping demons skulls apart, and ripping limbs off opponents in multiplayer.

The campaign for Doom has a lot of platforming and verticality, unlike previous games in the series. This means a lot of jumping around, clambering up ledges to find secrets, and pouncing on enemies. These jumps—like aiming—requires a lot of precision, which I just couldn’t have when using the Joy-Cons due to their short sticks and lack of resistance. I managed to make it through one level before switching to my Pro Controller, at which point I felt like I could play the game as it was intended. While not unplayable with Joy-Cons, they leave a lot to be desired, even if the right one can be swung in the air to melee.

What would a Bethesda release be without bugs? I’ve had moments where the frame rate drops and there is some minor slowdown, but nothing bad enough to make me all that upset. What is really annoying, however, is the various audio bugs. Damaging enemies will eventually make them flash orange and blue, at which time they are stunned and you can run up and click the right stick to perform a glory kill that grants health and sometimes ammo. Performing these glory kills sometimes causes the audio to be really low or even muted, which completely kills the mood of otherwise intense guitar riffed murder sprees.

Another audio bug is where a loud buzz will randomly occur that sounds like a speaker malfunctioning. I’ve had this happen multiple times in both single player and multiplayer, and at one point my audio totally stopped working till I died and reloaded at a checkpoint.

Speaking of reloading, the load times for Doom aren’t great. Loading each stage takes probably a minute or two which isn’t all that bad considering the maps are huge and there are no loading times until the next level. However, reloading at a checkpoint can take anywhere from 10 seconds to 30 seconds, which adds up quickly at the more difficult parts of the game, and especially in one particular level that has you scaling a tower where one false step means staring at a loading screen for 30 seconds.

Even with lower resolution graphics and various bugs, I absolutely loved Doom’s campaign. Playing as a rage-filled yet silent space marine whose only motivation is his hatred of demons is great. All the classic guns are here, as well as the new gory glory kills that has the “Doom Guy” dismembering demons right before your very eyes. Bosses are a blast, and there is plenty of challenge for those that want it. There are tons of secrets to find, including fully playable classic maps with the original graphics, and thankfully an optional in-game map that shows you where all but the most hidden secrets and items are.

While I haven’t had a chance to get a ton of multiplayer in on the Switch version, I was able to partake in a few matches, and have previously played a bunch of the PC version’s multiplayer. It’s great. There’s a slew of game types to play including the old standbys like team deathmatch and there are tons of unlockables to work towards including weapons, skins, emotes, and even playable demons, all without a microtransaction in sight. If you’re looking for the definitive multiplayer shooter experience on the Nintendo Switch, this is it. Sorry Splatoon 2, we still love you.

Objectively, this is the worst version of Doom, but that doesn’t really matter because it is the best version of Doom on the Nintendo Switch. A great campaign with lots to find, a frantic multiplayer with plenty unlockables to work towards, and a few annoying bugs that will hopefully be patched sooner than later. Pending you have a Pro Controller, you’re in for one hell of a time.

Objectively, this is the worst version of Doom, but that doesn't really matter because it is the best version on the Nintendo Switch. 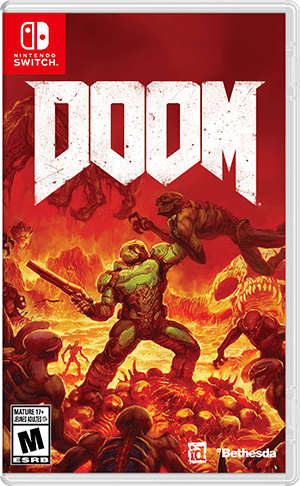