Humanity Will Call Me Back, It Always Does 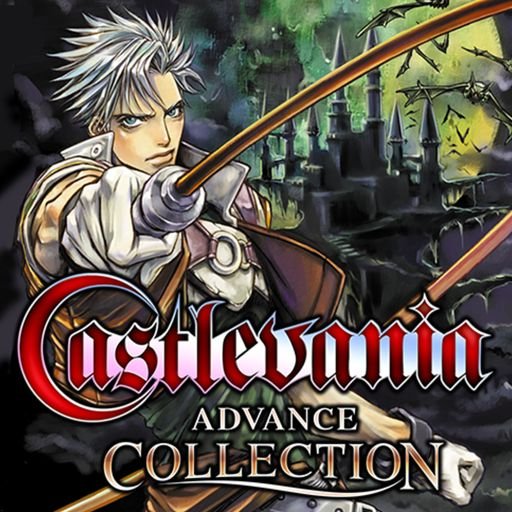 Konami finally released a title in Castlevania Advance Collection, even though it’s a port with extra features of previous titles…thankfully it is NOT a pachinko machine. Although it is extremely easy to dunk on Konami due to their gaming practices over the past decade, they have finally given fans another rerelease to be excited about with developer M2.

Few gaming franchises have done more for the gaming industry than Castlevania. Since its breakthrough in 1986, few games have developed the addictive “one more try” gameplay as well as the precise platforming the game requires of the player. The success of Castlevania Anniversary Collection released in 2019, showed these games still had a special place in gamers’ hearts and included quality of life improvements, like flash saving at points, to let more casual fans enjoy these titles.

I am a huge Castlevania fan, and Castlevania Advance Collection features some of the best titles the series has to offer. Helmed by the legendary designer Koji Igarashi, the simple yet amazing game mechanics created a whole new genre of gaming in Metroidvania. Since Symphony of the Night, the foray into these exploration RPG element titles have been extremely welcome. Castlevania’s engaging story (stop Dracula again!) and dynamite music features make the franchise so much more to dive into, other than let’s kill Dracula’s horde.

“The most surprising thing about the collection is the inclusion of SNES classic title Castlevania: Dracula X.”

The most surprising thing about the collection is the inclusion of SNES classic title Castlevania: Dracula X. This is more of a direct port and the only notable inclusions are the ability to save anywhere with the fancy new menu brought up by a left trigger squeeze. This game is not for the faint of heart, it is BRUTAL. The classic knockback mechanics of Castlevania are present here, as is the return of the classic Morningstar whip of the Belmont clan.

You play as Richter Belmont, tasked with (what else?) invading the towering Castlevania, and slaying Dracula. The music hits just right the moment the player is injected into the first screen, and the sound effects are phenomenal, including a nod to the classic death toll of the original game when Richter is defeated… which will happen.

It is worth note that although the title was released after its former Super Castlevania IV, many of the gameplay improvements were excluded from this title. The whip only swings in one direction, Richter has a very irritating recovery when hitting the ground after jumping, crouch walking is no longer available, and the classic whip dangling by holding the attack button has not returned. Simon Belmont was a more skilled hunter it seems.

This is all in design, however. The game is meant to challenge the player and is a true return to form for the classic fans of the Castlevania series. Stairs are still the players most dangerous adversary Richter goes up against, especially when Medusa heads and fireballs fly at you. This is ironic considering the player faces many creatures of the night. Dracula X is an amazing addition to the collection, although it was never featured on the GBA system.

The flash save mechanic allows players unfamiliar with the franchise to retry sections quickly, saving precious time for the player, as well as a simple button combination allowing for a quick rewind. A very well-done port of a classic title, although true purists of the Castlevania franchise may argue the original Rondo of Blood, should have been included on the collection instead… undoubtedly considering Rondo was never available in NA, I agree with this sentiment.

“The game is meant to challenge the player and is a true return to form for the classic fans of the Castlevania series.”

The other three titles were directly ported from the GBA, with bestiary functions, and collectible lists that make documenting progress a breeze. Circle of the Moon is hands down my favorite Castlevania title, and the dark backgrounds limited by the horrible lack of a GBA screen light are a non-issue due to the clarity a television screen brings.

Nathan Graves, the non-canon non-Belmont protagonist of this entry brings the heat with a brand-new magic system, the first entry of the series that features running, and one of the most slamming soundtracks to date. The satisfying crack of the Vampire Killer whip when it strikes an enemy never gets old, and different enemy types make different death noises upon being struck. Skeletons sound like bones falling in a pile when destroyed.

The DSS system has the player farm monster cards to create combinations, allowing the player to swing elemental whips (the fire whip harkens me back to Castlevania II: Simon’s Quest), increase stats, and even summon beasts that destroy enemies quickly in later stages of the game. In the original GBA version, finding these cards were cumbersome as the player had no idea what monster drops them, or no reminder as to if a monster dropped them.

Although the card drop rates are still ridiculously low, this title fixes the documentation issue, with monster lists, items that can drop and their rates from monsters, and most importantly if they have already dropped a card or will. I formerly had to use a pen and paper as a kid with the GBA version. This quality-of-life improvement fixes the most jarring issue the game had. Tight controls and precise platforming make this a must play for Metroidvania fans.

The worst title in the collection, Harmony of Dissonance, returns players to the shoes of the Belmont clan, with Juste Belmont and the classic Morningstar whip of his ancestry. The crisp Castlevania controls are still present here, but the music still misses the same beat the GBA title did. Out of all the Castlevania titles, the music here would be potentially the worst. The whip functions superbly, and Juste has many abilities at his disposal. The map is smaller than CotM and less gameplay variety is introduced here.

The caveat being that once the player finishes the base game, you can start a new file as Juste’s cohort Maxim for a new gameplay experience, by entering MAXIM as the players name on the new game screen. Although there is a variety of gameplay to be had here with different spell books enhancing the player’s abilities, it still feels like it is missing something important. While Dracula X aims to be a punishing classic experience, and CotM tries something unique, HoD doesn’t feel remarkable in any way, but it is still a good Metroidvania experience to boot.

Lastly, we come to the Metroidvania darling and many fans’ favorite title in Aria of Sorrow. This game doesn’t put the player in a whip wielding protagonist’s shoes, nor a Belmont, or even Dracula’s son Alucard’s. The player is instead transported to future Japan, where Soma Cruz is accidentally transported to Dracula’s Castle. This title has the most creative and best storyline out of all the Castlevania entries, which is hard to discuss without spoiling the plot. The player interacts with a descendant of the Belmont clan, Julius, and upon completing the title, the player can play the entire game as him.

“The music slaps (as usual) for a Castlevania title, and the movement through the castle is a delight.”

The music slaps (as usual) for a Castlevania title, and the movement through the castle is a delight. All the Metroidvania elements are here, RPG level-up elements, enemy looting, and a whole new magic system to be implemented. Soma can defeat monsters and obtain souls, which grant him new abilities.

The system is given a short tutorial that doesn’t overstay its welcome, which is brilliant. Tutorials that hold the players hand are the absolute worst. The entire game is rife with Symphony of the Night elements, as Soma can obtain many of the abilities that Alucard has. The plot line of the story allows for an explanation of why a random high school kid can utilize these powers, and it is very engaging with good pacing.

The same quality of life fixes are implemented here as well, the detailed bestiary, item drops, etc. The severely low drop rate of enemy souls is also present straight from the GBA, which is cumbersome. Luckily, the player can utilize the rewind feature right before defeating an enemy to farm these quicker, but I believe running back and forth through rooms bears more fruit as the Soma becomes more powerful with each kill.

This collection features four classic titles in the Castlevania Advance Collection package that are true ports with some much-needed quality improvements. This is the perfect opportunity to scratch that nostalgia itch for this beloved series. Old players and new, have a plethora of content to explore here, as well as a fantastic option to listen to the killer music the series has to offer straight on the title screen.

Although the port is true, more improvements could have been made to the collection, such as a new mode or extra content for enthusiasts. If this re-release is successful, Konami should seriously consider bringing the franchise back to life as Dracula has been time and time again (without pachinko machines please).

Castlevania Advance Collection is a true port of four titles that offers amazing gameplay for a low price not found on eBay where these titles fetch a ransom. Every gamer should experience this collection and this is the perfect excuse to dive in a battle with creatures of the night.
REVIEW SCORE
8.5
File Under: Castlevania, Konami