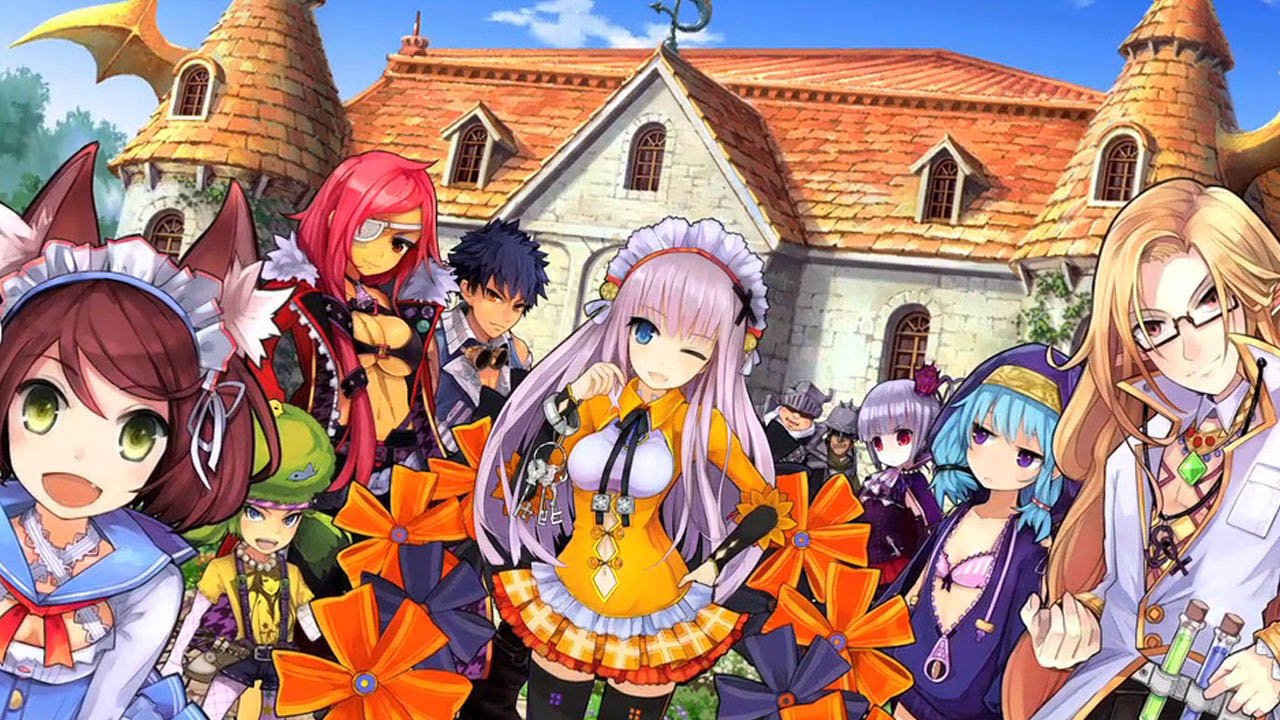 The traditional “dungeon crawl,” as epitomized by the earliest computer role-playing games like Wizardry, is a nearly extinct genre. Many of its elements now appear in other genres, such as the action RPGs like Diablo and contemporary RPGs from both Japan and the West. It’s not often you get an honest-to-goodness, stubbornly old school throwback to those days when a game consisted of gearing up a party and just seeing what kind of loot and experience points you could get from exploring dungeons. Demon Gaze, however, is exactly that. With an anime/comedy tone draped on top. It’s just not much else.

The story of Demon Gaze is, at least initially, a silly and trope-ridden plot. You start out as a cliché mute, amnesiac hero with no idea of how he (you don’t get any choice in race of gender, you’re stuck as a human male) ended up in a dungeon in need of rescue, let alone why he has the power to tame demons with his gaze alone. That never stopped anyone from having a good adventure though (and is often the cause of it), and so off you go to roam dungeons, get loot, level up, and ensnare demons by fighting them and adding them Pokemon-style to your collection so you can summon them to help you in battles. If you’re the sort that doesn’t mind silly/saucy anime comedy, then the suggestiveness and tangential comedy will probably be appealing. If you’re a little more politically correct, the game is sexist and baffling in its randomness, but it’s designed to appeal to fans of Japanese pop culture, not mainstream Call of Duty fans looking for more exploding Russians. This is where the game’s chief differentiators lie. It’s a budget game, done mostly with text, a bit of voice acting, and a lot of still images in the anime style. And then there’s that gameplay.

And that gameplay consists of exploring dungeons with tough enemies, struggling with meager supplies that never quite feel like enough, and leveling up so you can explore newer, tougher dungeons for more loot and more XP. Combat is 100% turn-based, with none of the tweaks to the system introduced by other games such as Persona or Grandia. It’s a classic, old school dungeon crawler, and it is hard. Grinding is mandatory, checkpoints don’t exist—so remember to save early and save often—and even basic enemies can wipe you out if you’re not careful. On the other hand, despite the difficulty, it also has the one basic weakness of most dungeon crawlers; grinding will always allow a patient player to overcome everything. If one dungeon or demon boss is giving you trouble, go back to another dungeon and get into enough random encounters to gain some levels and make some money, then come back and feel overpowered. This is all very basic RPG game design that hearkens back to the 80s, and while that’s not a bad thing—especially for people tired of easy games—it’s not adding anything either. Demon Gaze is not broken in any way, but it’s not particularly addictive or appealing either. The loot is there, the XP is there, but the motivation to keep playing endlessly a la Diablo or Borderlands is not. It’s one interesting tweak is the ability to defeat demons and then use them as companions that can be summoned into battle with a set number of turns before they go berserk and turn on you. Even that feature isn’t much of a game changer since, once again, patient grinding can make the risk/reward mechanic of demon summoning irrelevant, as you simply don’t need to use the function. The only other tweak to the formula is a very Demons Souls-esque “Gazer Memo” system. It allows you and other players to leave messages that stay in the game “world” for everyone to read, but, as with Demons Souls, this is a mixed blessing of helpful hints and a LOT of sexual innuendo.

While there’s nothing wrong with a challenging game, Demon Gaze doesn’t really present the “tough dungeon crawler” in any new, interesting ways. If all you want is a portable, old fashioned stat-driven romp through dungeons for loot, XP, turn-based combat and some Japanese whackiness, Demon Gaze is a functional scratch for that itch. For people looking for something a little more substantial or modern, Persona 4 Golden is still the best bet on the Vita.

The design philosophy behind Demon Gaze is pure old school. This is a game where graphics and storyline are not the stars, the gameplay is. 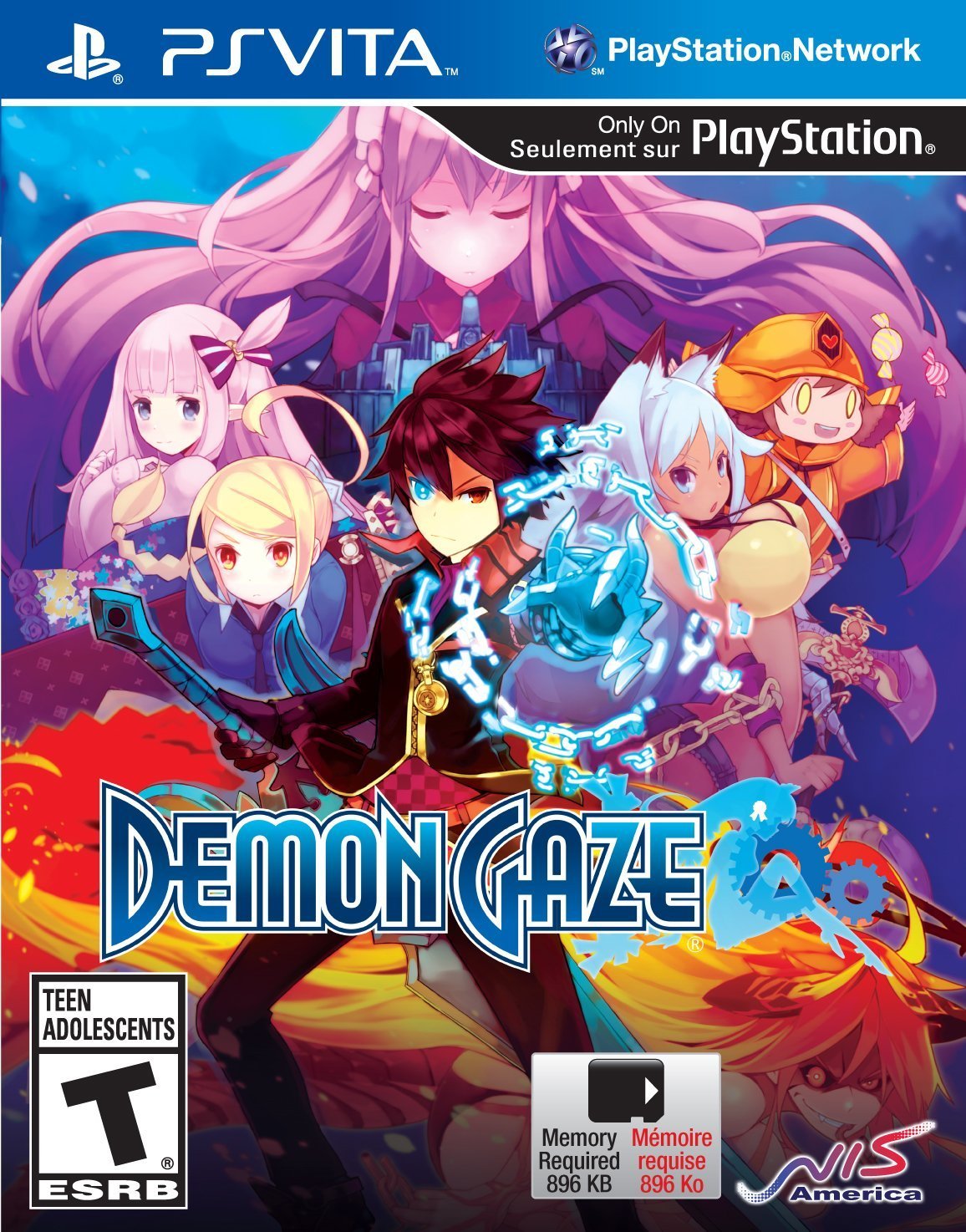