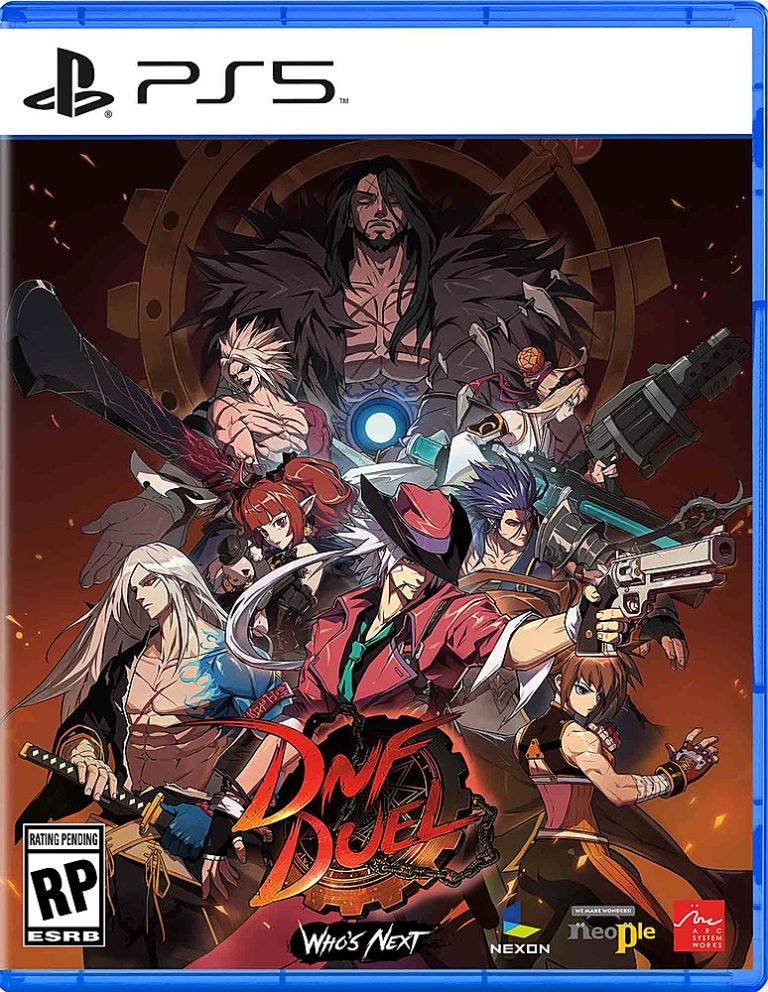 Aside from Arc System Works being involved, my knowledge of DNF Duel was limited, and I basically went in blind.

Upon a cursory search I quickly realized why DNF Duel seemed so familiar. The Arc System Works title is a spinoff game based on the 2005 long-running beat-em-up style MMORPG from Korean developer, Neople.

For a spinoff title based on an online free to play game that came out before most of the world even switched to high definition and widescreen displays, DNF Duel seemed like an odd choice to adapt into a fighting game. To my surprise, not only is the original game still going strong, but more importantly, due to the unique fighting-game inspired approach to combat, the character classes and aesthetics of Dungeon Fighter Online translate incredibly well into a more traditional fighting experience.

DNF Duel in many ways, feels like Dungeon Fighter and Neople going full circle. Back when Dungeon Fighter launched, the title was a novel and fun change up for MMO fans, as for many, it introduced optional input methods for moves reminiscent of fighting game combos.

Flash forward to 2022, the core aesthetic and some of the character classes present in the popular MMORPG are now represented in the full and distinct Arc System Works anime aesthetic.

The 2.5D approach of using 3D models while on a 2D plane is harder said than done but at this point, Arc System Works have proved themselves in being able to convincingly portray the look of 2D, cel animation that eloquently shifts into full, 3D scenes that take advantage of modern rendering techniques. DNF Duel’s roster of 18 characters takes full advantage of this and are on par, if not better than their Dungeon Fighter counterparts.

Of course, style over substance, especially when it comes to a fighting game from Arc System Works, would be a bad look for the renowned developer. Thankfully, despite first impressions painting DNF Duel as a simple experience due to most moves requiring two or three button inputs, instead is a title in which combos are king and all playable characters reign supreme.

I have seldom played a fighting game outside of something like the original Super Smash Brothers in which I found myself interested in playing as all the characters. Now, I’m no fighting game expert, when I play something like Street Fighter for example, I tend to stick with characters that feature quarter circle inputs, like your Ryu’s and Ken’s, which is why I can really appreciate DNF Duel’s straightforward command list. In essence, DNF Duel’s combat can best be described as simple to pick up, hard to master.

“DNF Duel is a fun and accessible fighting game that will please fans of the genre and newcomers alike.”

Matches in DNF are fast despite a general slower feeling movement speed than other fighting games. Most characters can dodge roll out of the way using the right trigger, which helps close the distance. Attacks hit hard. Learning to chain moves often is the key to victory while juggling DNF Duel’s secondary MP bar. The MP bar, which recharges after a small window of time upon use, allows the use of special moves. Additionally, special consumption moves allow exchanging HP for MP, adding nuance to fights and combos.

Each of the 18 characters present in DNF Duel feature a unique flashy finishing move that becomes available after your health pool drops below a certain threshold. Simply pressing the left trigger in proximity to your opponent will allow the use of these devastating moves. Finding the right time to use these special attacks or even learning to combo into them is truly where the fun in DNF Duel lays.

As is common practice with games prior to release, the online functionality in DNF Duel was unavailable to me during the review window. However, going by Arc System Work’s body of work, it is likely DNF’s online experience will be fine upon release. In terms of other modes available in the game, DNF Duel features your typical selection of Arcade, Story, Free Battle, Survival and Training options.

The Story Mode present in DNF feels closer to something like the older Blaz Blue games, with most of the exposition told through walls of text and character illustrations with occasional animated cutscenes thrown in (although not nearly as good-looking). Ultimately, it’s hard to recommend the story mode to anyone unless you’re a die hard fan of the source material.

One odd omission that would have been perfect for DNF Duel would be the inclusion of something similar to the RPG mode present in Granblue Fantasy Versus, a system resembling gameplay elements found in Dungeon Fighter Online.DNF Duel is an odd choice but one that works and highlights Arc System Works flexibility in expanding their portfolio beyond their old properties and recognizable licenses. Time will tell how DNF matures, but as it stands, DNF Duel is a fun and accessible fighting game that will please fans of the genre and newcomers alike.

DNF Duel takes a popular but somewhat dated MMORPG and successfully reinvigorates it into a quick to learn but hard to master fighting game.
REVIEW SCORE
7.5
File Under: Arc System Works, DNF Duel