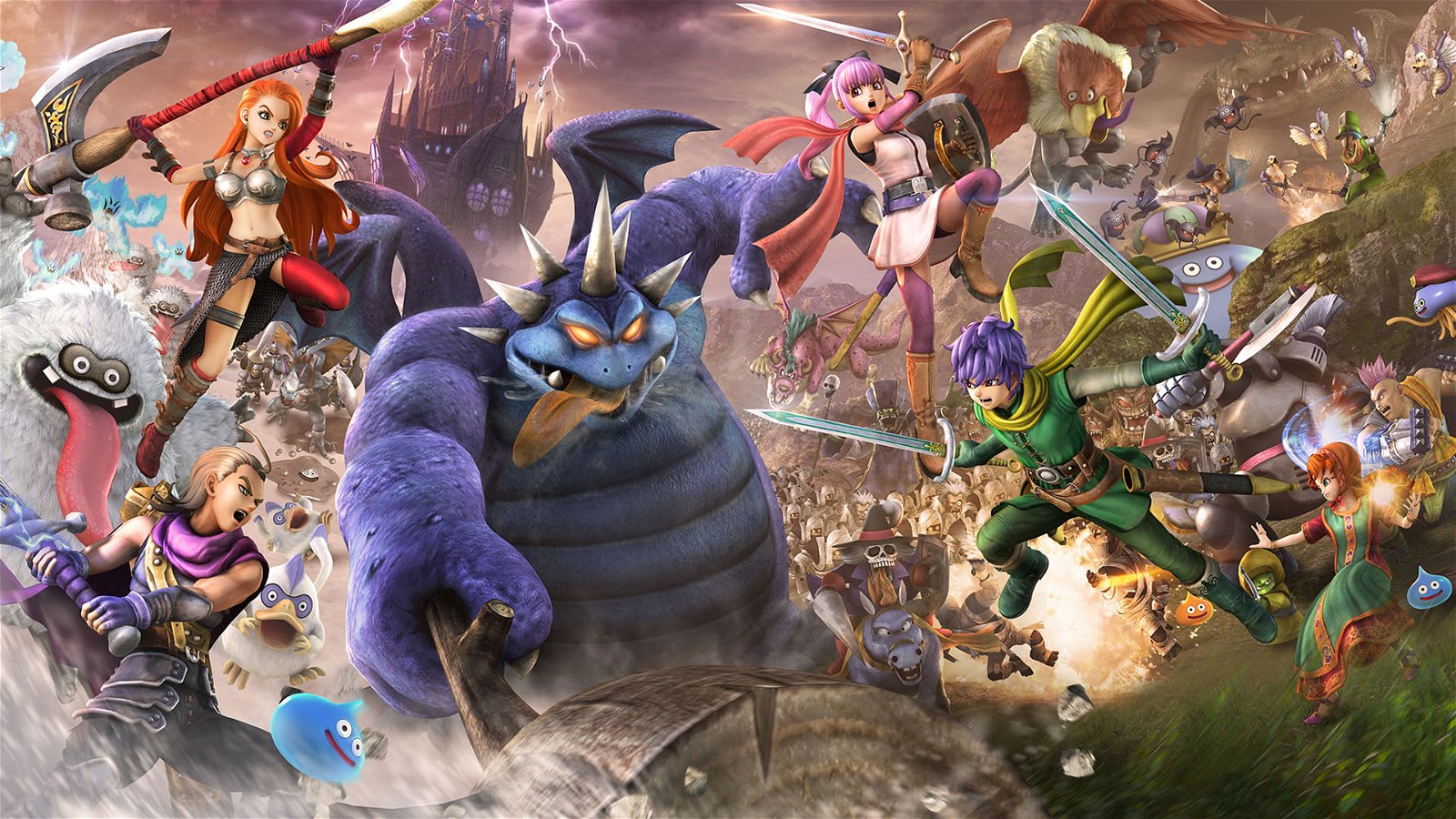 All things considered, I’m an unabashed Dynasty Warriors apologist. Yes, Omega Force’s long-running series is often clumsily put together, prone to repetition, and lacking in anything that resembles true depth or difficulty. Yet for me, there’s always been an undeniable allure to mowing down thousands of enemies at once with flashy special moves, scored by pounding metal and bad dubbing. From feudal China to Universal Century 0079, the Warriors series has a history of sticking to those guns and never straying too far beyond them. That has drawbacks, sure, but it comes with the benefit of knowing exactly what you’re getting into when you pick up an entry, whether you’re playing as Lu Bu, Kenshiro, or Princess Ruto. With that in mind, it stands to reason that Dragon Quest Heroes II would fall into a similar boat. Going into this game, I expected the same sloppy but decent combat, the same mid-tier graphical quality, the same basic flow of gameplay.

Boy, was I ever wrong. Dragon Quest Heroes II comes as one of the biggest gaming surprises I’ve had recently in terms of completely breaking player expectations. Instead of the same Warriors gameplay with a different license pasted on the top of it, Heroes II takes more cues from the mainline Dragon Quest titles than Omega Force’s proverbial golden cow. Gone are the hundreds of onscreen enemies, the mash-happy combat, and the cheesy power metal. Battles are smaller in scale, combat is built around precision and mechanical mastery, and the music is another rousing Sugiyama score without a single electric guitar or synthesizer in sight. On top of that, maps are now non-linear sprawls that players are encouraged to explore as opposed to simply kill their way across. It is, for all intents and purposes, a Dragon Quest game without the turn-based combat.

Which works in the game’s favour. Speaking as a Warriors fan, it’s a breath of fresh air to see Omega Force pushing themselves to deliver a different kind of experience. This game had the potential to be nothing more than talking heads and dialogue boxes punctuated by 45 to 60 intervals of button-mashing. Instead, there are charming cutscenes that propel the story forward, followed by a smorgasbord of potential things for the player to do. They can follow the main story or take on side-quests; team up with online players to traverse a mysterious maze or explore the huge maps solo while gaining levels. That’s not even touching the class system, alchemy, or collecting monster medals to summon different creatures in battle. Heroes II is a full-bore ARPG as opposed to a hack-and-slash joint with RPG elements tacked on.

That applies to the narrative as well. Typical Warriors games aren’t necessarily known for their nuanced stories. Hell, the mainline series basically chops up one of the most complicated pieces of Chinese literature into truncated, adrenaline-charged bits, and the spin-offs either water down the plots of whatever property they’re adapting (Gundam, Berserk) or offer up simplistic excuses to shove beloved characters into battle (Zelda, One Piece.) Dragon Quest Heroes II takes neither route instead, offering up a rousing story of a continent torn apart in accordance with an ancient prophecy. It’s filled with a cast of loveable new characters and returning fan favourites, and punctuated by the zippy, fun dialogue that’s long been a hallmark of the Dragon Quest games. The main story is a slow burn with loads of political intrigue and high-spirited fantasy, and side-quests add charming nuance to what is already a stellar offering in the narrative department. This is a story that would fit right in with a main entry in the series, which is high praise considering this franchise has given us bonafide narrative masterpieces like Sentinels of the Starry Sky.

Dragon Quest Heroes II also has the distinction of matching mainline entries in overwhelming scale and whimsical exploration. Maps in this game are huge, teeming with life and tiny nooks ripe for discovery, on top of being punctuated with blocked paths that encourage revisiting with new playable characters – all of whom play very differently and can be swapped between in the middle of battle. The maps are also largely interconnected, meaning that players can eventually roam across different parts of the large continent uninterrupted. When progressing through the main quest, players will also encounter “battle” stages, which are basically this game’s equivalent of a traditional RPG’s dungeons. This is where things get experimental, with the progression becoming objective-based and the exploration becoming more of a linear puzzle than a free-wheeling adventure. These parts were a big hit, as they give players something more to do than roam around a map killing things, and include some hellish boss fights that punish button-mashing and sloppy play. Omega Force put serious effort into making these dungeons a procession of distinct, self-contained gauntlets, and it shows a surprising grasp of inventive game design from the studio who’s been happy to copy-and-paste the same formula for over a decade. The combined effect of large-scale exploration and terse dungeon crawling is a title that winds up feeling fresher than most JRPGs and WRPGs on the market – a lesson in variety and nuance that many developers could stand to take some notes from.

Omega Force has also done what many RPGs these days fail to do – floor me with their visuals. It stands to reason that Square Enix would allocate an absurd amount of money to its biggest moneymaker, but I’m honestly shocked that Dragon Quest Heroes II is as gorgeous as it is. Being a pretty big Akira Toriyama fanboy, it’s always disappointing to see his art get the low-budget treatment in most Dragon Ball games. Here, however, no expense has been spared to bring his artwork to life. Every character, right down to NPC animals, feel like living, breathing beings that exist in a tangible cartoon reality. Animations are fluid and rich in detail, right down to the smallest wrinkles on Maribel’s flowing dress, with pronounced and bright colours that pop right off the screen. Beautiful dynamic lighting serves to highlight the painstaking attention to detail in every possible visual department, feeling like the closest this medium has ever gotten to a playable Pixar film. The drum I’ve always banged on is that a good art direction will trump a big budget, every time, but Dragon Quest Heroes II  is a beautiful marriage of horsepower and design, producing one of the most visually sumptuous games I’ve ever played.

It’s hard to find many faults with Dragon Quest Heroes II. Omega Force has clearly learned a few things from their time making the underrated Toukiden games, adding a layer of precision to their traditionally shallow combat, and clearly holds a reverence for the Dragon Quest property. On the same token, Square Enix allocated a lot of resources to this game, with practically every aspect of it polished to a fine sheen and never coming across as a cheap spin-off. While, perhaps, it doesn’t reach the ambitious heights of Final Fantasy XV or the narrative depths of NieR: Automata, it is yet another Square Enix production that feels remarkably in tune with what fans want – another stop on their apology tour for straying from their roots for several years.

Dragon Quest Heroes II is not quite a Dragon Quest entry and not quite a Warriors title, but instead, its own wonderful, ambitious thing that will keep any ARPG fan happy and occupied for hours on end. Oh, and the returning Maribel remains my favourite angry, awful bonnet child in gaming. 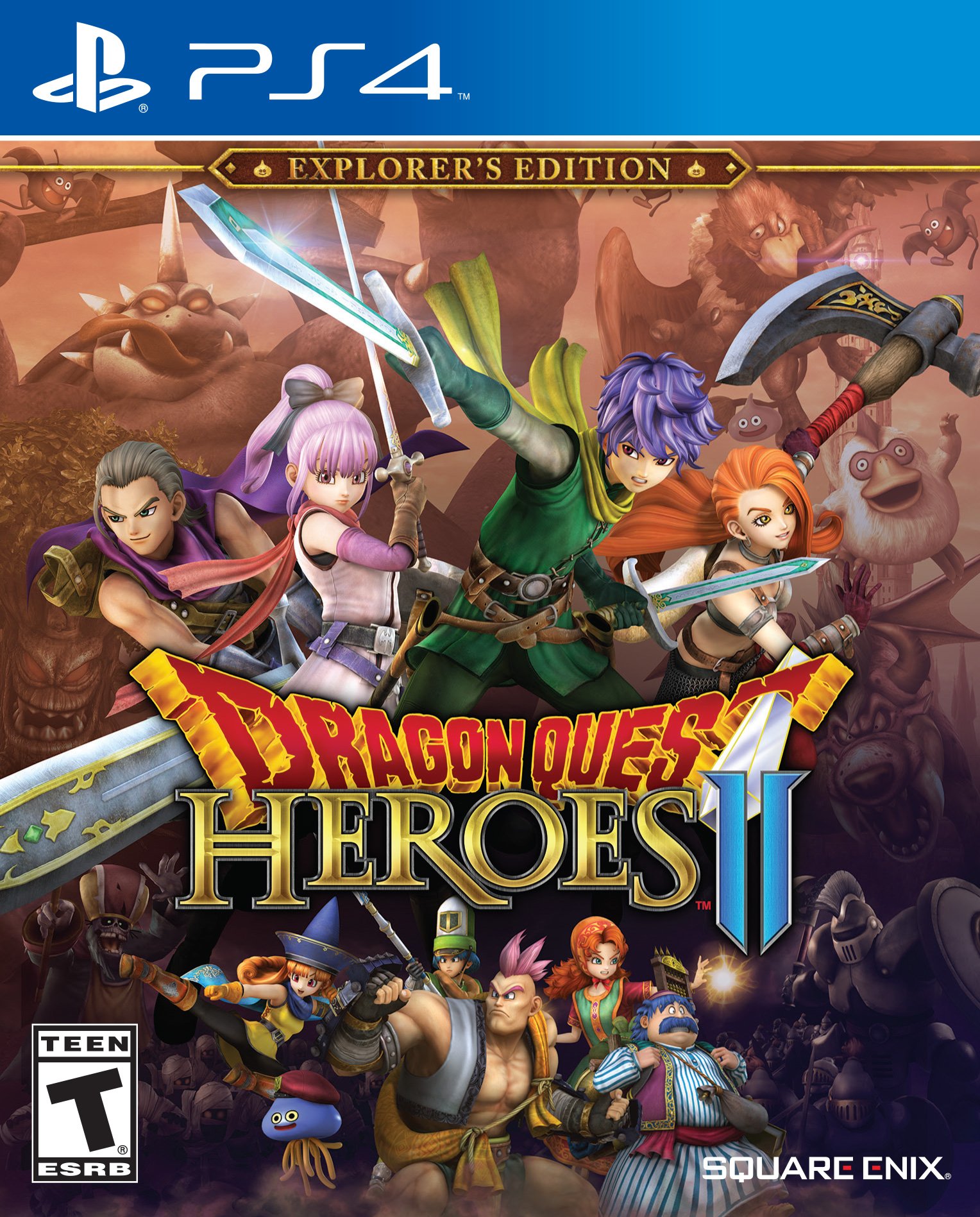