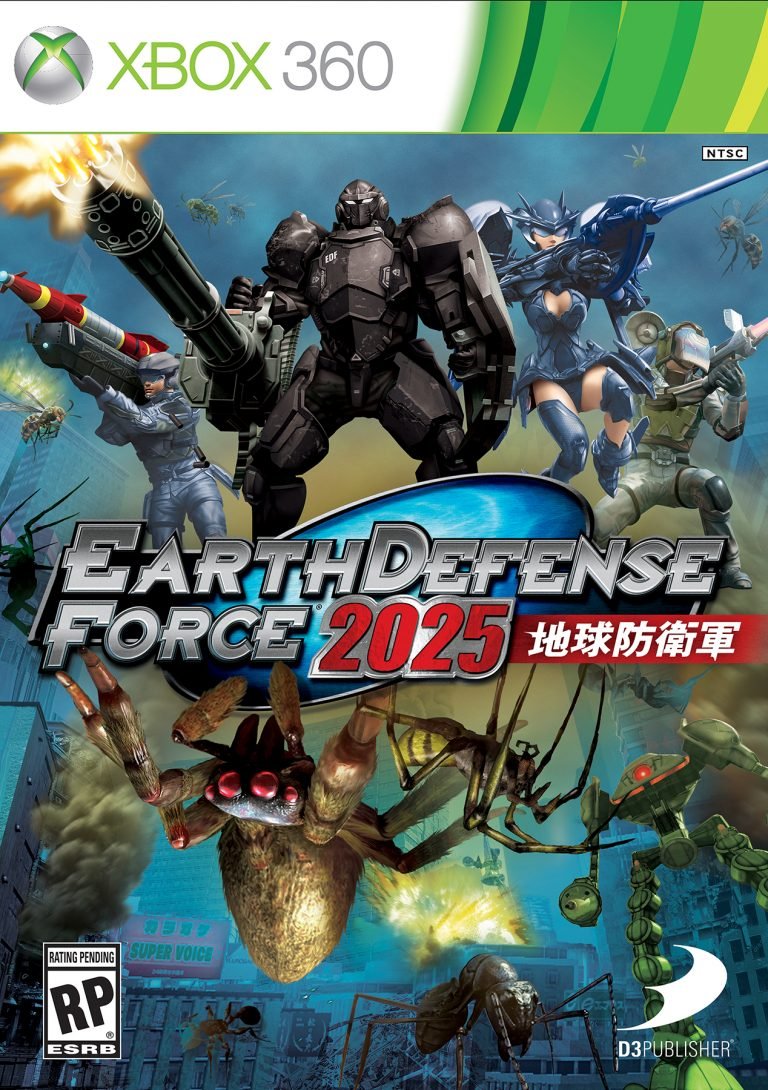 Earth Defense Force 2025 is not a groundbreaking game, or even a particularly good one. It can look clunky, the story and voice acting are often hysterically bad, and the gameplay is repetitive. Sandlot and D3 don’t have to worry about pulling together extra content for a Game of the Year edition or creating real world merchandising to satiate a hungry fan base that’s going to embrace the game to the point of obsession. However, I also can’t pretend that I didn’t have fun playing it, especially when I logged online to blow the crap out of giant bugs with other people. Not all games have to strive to advance the gaming medium or convince naysayers that games are an art form. Some just have to be plain old stupid fun, and that’s exactly what Earth Defense Force 2025 offers from start to finish. Sometimes you don’t want to watch 2001: A Space Odyssey and challenge your brain. Sometimes you want to watch Sharknado and chuckle like an idiot. That guilty pleasure center is where the appeal of a game like this lies.

There’s not really a story to Earth Defense Force 2025. It can all be boiled down to gigantic alien bugs and robots coming to earth, forcing a team of gun-toting army types to blow them up until they go away. The Sandlot folks don’t bother with complex cut scenes to set things up. Just hiring an underpaid and under talented voice actor to say a line like, “We haven’t seen giant bugs like this in years” will do. You laugh and then make with the explosions. The point of the game is to command one of four classes of fighters (Rangers who shoot guns, Wing Divers who fly around with weaker guns, Fencers who shoot big guns in slow tank suits, and Air Raiders who can call in missile and vehicle attacks) and to blow stuff up real good. There’s really not much strategy to it. The enemies are all formulaic and don’t do much other that attack until they die. Most levels are simply comprised and shooting the crap out of a wave of aliens, waiting for the next wave to arrive, and then shooting the crap out of those ones too. Some missions get more complicated later on, but essentially the entire game can be summed up by saying, “if you see something that looks like a monster, shoot it.”

The graphics aren’t pretty. In fact, the game looks like it belongs to a previous generation with the frame rate issues to prove it. However, there’s almost something charming about the low-fi look and dumb-dumb playing model. It feels old fashioned and something along the lines of the videogame equivalent of a Roger Corman direct-to-video production like Sharktopus. The cheapness and idiocy is all part of the charm. It’s also a throwback in that it offers some split-screen couch multiplayer co-op. Again, it’s more of the same: blow up aliens or each other. However, there’s no denying the fun to be had in engaging in those activities with a possibly intoxicated buddy whether you’re doing it together or online with up to four players. I could describe what those multiplayer modes are like to you, but at this point, I’d imagine you can figure it out for yourself. It involves waves of giant enemies, bullets, lasers, and explosions.

Games like Earth Defense Force 2025 are as disposable as fast food and about as nourishing. However, just like fast food they can also be momentarily delicious and scratch an itch. Would I ever play the game again? Probably not. Did I regret playing it? Absolutely not. Despite the technical flaws and fairly uncreative designs, there’s no denying that somewhere deep inside every geek is a desire to make a gigantic bug go boom and this game delivers that. In an age when we ogle over lifelike graphics and pontificate about poetic storytelling in videogames, it’s all too easy to forget just how spoiled we are. A decade ago, an arcade cabinet for Earth Defense Force 2025 would have blown my mind and sucked up all my loose change. There’s still a place for games like this because they are fun and nostalgic. It’s probably not worth the full cover price, but it’s also the type of game that’ll be on sale racks and online giveaways quickly, and it offers plenty of entertainment when picked up in that context. There’s still a ton of fun to be had out of a game like this as long as you go in with appropriate expectations. Don’t expect much and you’ll be pleasantly surprised. Expect too much and you have no right playing a game about gigantic alien ants. It’s as simple as that.

There’s not really a story to Earth Defense Force 2025. It can all be boiled down to gigantic alien bugs and robots coming to earth, forcing a team of gun-toting army types to blow them up until they go away.
REVIEW SCORE
6
File Under: PlayStation, Video Game, Xbox