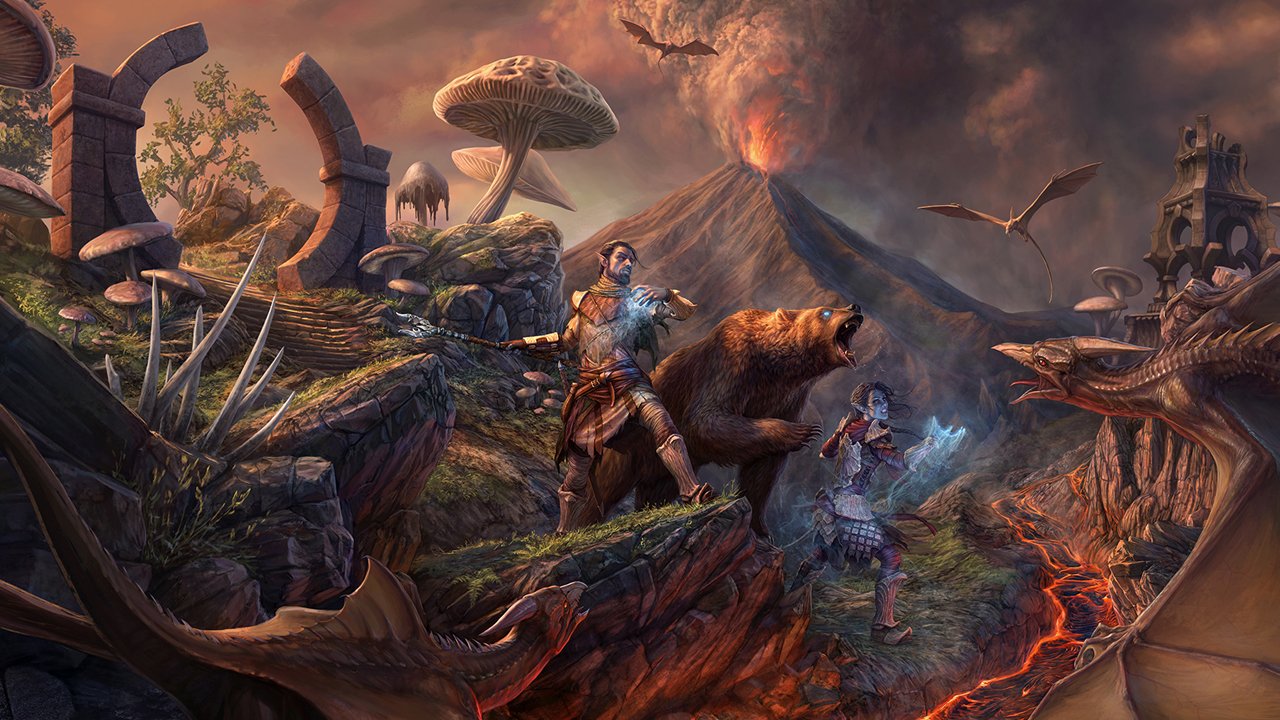 Sometime after I’d exhausted my patience with Skyrim, I went back to play Morrowind with friend’s Xbox 360 copy. It was a horrendous experience, after having played the game originally on PC around its launch. It also made me somewhat nervous to replay old games when more of them can wind up this way than Planescape: Torment.  The Elder Scrolls Online: Morrowind expansion did not evoke the same disgust. It didn’t quite recapture the original feel, but it did present and enjoyable return to an old land for the brief time it was there.

Arriving at Seyda Neen, my Orcish Warden stepped into a familiar landscape. The town is exactly the same layout as it was in the first game (despite being set centuries prior). As I travelled about, I certainly noticed the similarities – the pyramid-cantons of Vivec City and the giant floating rock in the sky (which was much higher up than I remember), the mushroom towers of the Telvanni mages, and the russet Daedric shrines were all there. The attention to detail is inspiring. The imperial garrisons have not yet been built, and Vivec’s capital is still under construction, as warranted by the time.

Like the core Elder Scrolls Online areas, quest lines are divided by the various regions, with the starter quests firmly marked when you get close. The writing is a step above what I’ve seen of the core game – political intrigues, interesting characters, and long adventures that explore the political climate of Vvardenfel. I feel it starts a bit too strong, too quickly, with your opening quests having two major gods and references to the ultimate conflict of the single-player Morrowind. A bit more buildup would have helped this feel less like a blatant call out to old players.

In all fairness, that’s my entire criticism of The Elder Scrolls Online as a whole. The entire online game evokes nostalgia repeatedly as its primary selling point, with repeated references to the previous Elder Scrolls games. It’s not necessarily done poorly— most of these callbacks are on-point— but it is noticeable. One might argue I’m criticizing World of Warcraft for referencing Warcraft too much, but it’s gone in decidedly the opposite direction. The Elder Scrolls Online is also a prequel. But when you can point out actual plot points from previous games referenced or even redone, it becomes an issue the main quest of the game is, as I said my preview, just the plot of Oblivion redone with a different Daedric Prince at the helm. Fortunately, the core store of Morrowind manages to take a new direction without dipping into the island’s future events too much.

What’s striking about Vvardenfel is how small it feels. It amounts to a single zone for the main game, and a smaller one at that. While I understand making a shared online world means the island cannot be as large as it was originally, even in relation to the other areas it feels smaller. It is, however, more tightly bound, with quests paced well and given adequate focus rather than just a lot of small area quests. The world bosses, the ‘delves’ and the new Trials (group dungeons) are all placed well and enjoyable. And yet it amounts to such a small part of the game world – essentially a new starting zone, with a self-contained story, and a new tutorial. For a full expansion, it feels like there could have been more.

It remains a somewhat sparse world – enemies are not plentiful, and you will often enter an area to find it cleared by a previous adventurer. I never had to wait too long, and getting in a good hit guarantees experience, even if a previous player struck first. Shared combat between non-parties is a great trend and I’m glad it’s alive here.

The new Warden class was effective in traversing the land. A druid-like character, who due to the online adaptation of the ‘use to level’ system of the Elder Scrolls series, can be built in most ways. I found a light-armoured mage class worked best, as I tend to focus entirely on the class skills when I play this game rather than the cross-class weapon and armour skills. Being only the fifth class in the game, it’s effectiveness in comparison to the others isn’t quite clean-cut, though each of the class trees has a readily-visible role with their mechanics— the damage-based Animal Companions, the close-ranged Winter, and healing/support-geared Green Balance. It’s distinct from the others, tied to the magic of nature and spirits present in the lore, and overall seems enjoyable to play.

When I completed the main quest of the game, and most of the areas save for some of the end-game content, I found myself lost. The game doesn’t give you a direction when you finish Vvardenfel – you just go back to the mainland sections of the game, play through until you’re finished. While this makes sense for people who’ve played the game for a long time and are coming to it after having been doing the end-game events, for new players it feels somewhat jarring. The tutorial starts you right into the area, but some direction as to where to go next would help.

In the end, The Elder Scrolls Online: Morrowind was a fun experience. It didn’t quite recapture the old feel of Morrowind, nor did I expect it to. Nostalgic imaginings never quite get it right, relying on the hype of previous entries. It was, however, a good-faith effort with a strong focus, and if they plant to include more updates to it, it will make it stronger. As-is, it leaves you feeling like there should be more.

In the end, The Elder Scrolls Online: Morrowind was a fun experience. 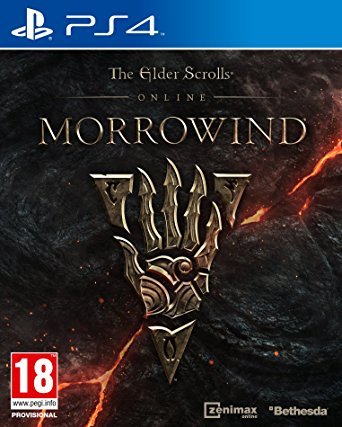