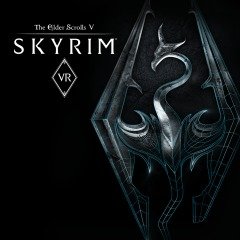 I swear Skyrim has seen more releases on more platforms than any other game. Despite the game essentially being the same between the various special editions and ports, every time it drops on a new platform people rush to snap it up and see what remains familiar and what’s new. This latest edition, on the other hand, is certainly the most unique we’ve seen so far. This is the first time players will be able to strap on a headset and dive into Skyrim face first. Virtual Reality hasn’t really seen the success or depth that many predicted at the beginning of this generation, with many games releasing as basic tech demos or scripted visual novel-like narrative experiences. Skyrim VR is far from perfect with clunky controls, infuriating menu navigation, and Elder Scrolls’ famously terrible combat amplified by imprecise movements from the Move controllers, but it’s easily the most immersive and downright “cool” experience I’ve had yet on a VR platform—at least until DOOM VR comes out next week.

Rather than delving into the story and world of Skyrim, which even if you’ve never played you’re certainly familiar with by now, we’ll jump right into the nitty-gritty of how the game has been translated to the VR platform and how each mechanic functions.

The three major categories that are primarily affected by the leap into VR are movement, combat, and menu navigation. Everything else about the game is basically the same as every other version. You create a character, explore the world of Skyrim, slay monsters, chat to NPCs, and level up your skills. All of those aspects remain relatively untouched. It’s how one goes about doing these familiar activities that’s brand new.

Moving your character is can be done a few different ways using either the Move controllers—which is the most immersive and, well, proper way to play the game—or the standard DualShock 4. If you’re using the Move wands, moving your character can be done by selecting an area using an on-screen targeting reticle and teleporting, or holding down the Move button which causes your character to walk forward just like the other versions of the game, with strafing done by moving the Move left and right. The teleportation method is there to prevent motion sickness, but really breaks the immersion and forces awareness of the fact that you are indeed playing a video game. On the other hand, the direct movement option feels more realistic and familiar, but those of you who get dizzy easily or suffer from the motion sickness inherent to certain VR games will find it difficult to use for an extended period. I never actually got motion sickness, but had a few instances of vertigo and dizziness where I had to take the headset off and re-orient myself. Having said that, I definitely preferred the direct movement option for the most part, but teleportation was a fun way to abuse the sneak system in instances where I needed to pickpocket or backstab an enemy. The X and O buttons on the right-hand controller allow your character to spin their head quickly, which saves you the hassle of getting tangled up cords you can’t see and then falling over.

The combat in Skyrim VR is both its greatest strength and weakness. In classic Elder Scrolls fashion, melee combat feels imprecise, with little in the way of feedback or control, and the lack of accuracy from the Move controllers basically boils down simply swinging your arms wildly in the direction of the enemy and hoping they eventually die. It is, however, admittedly pretty fun to hold an axe in each virtual hand and hack up an enemy rather than just pressing a button. It’s not great and comes with the same problems as the original game, but the novelty of the experience is pretty fresh. The real fun—and irritation—comes from the ranged combat. Using the Move controllers to knock an arrow, pull it back, and fire it, is pretty neat. It’s nearly impossible to pull off a perfect shot, and occasionally you will find your arms in some incredibly bizarre and unnatural positions, but again, it’s more fun than simply pressing a button. Unfortunately, it’s extremely inaccurate and makes sniping blissfully aware enemies from afar way more difficult than it should be. The best of the available offensive options are the magic attacks, especially wide-reaching ones like flames and chain lightning. Accuracy is less of an issue here, and using my own hands to shoot fire and lightning is the closest I’ve come to feeling like an actual mage—or Sith Lord—in a video game. I did have a few instances of one hand floating away from me while still slinging fire, but re-centring the Move controller will usually bring it back and as far as bugs go, it’s pretty funny to watch Thing from the Addams Family flying around the screen spewing flames.

Combat is janky, but fun, and movement takes a while to get used to, but anyone who has ever played Skyrim before knows that a big chunk of the game is spent navigating menus, searching bodies, equipping and un-equipping items, chatting with NPCs, and swapping spells and weapons. This is the biggest and most annoying flaw of Skyrim VR. The Move controllers are used to “flick” between menu items, but due to the loose controls the experience quickly becomes frustrating. On more than one occasion I simply didn’t bother selecting new pieces of armour or weapons to try until I absolutely had to because it was such an exasperating process. For a game that relies so heavily on customizing a character and using various pieces of equipment and weapons, this is an area that requires some heavy tinkering.

Visually speaking, the game is not pretty. Elder Scrolls games are never really pretty, but the drop in resolution and draw distance to make the game viable for the VR platform is very noticeable. Textures are blocky and muddled, and unless looking directly at something a lot of the background becomes pretty blurry. Character faces and creature designs are downright ugly, especially up close. But in keeping with the “two sides of a coin” theme this review has going, the actual experience of being in a 360° virtual fantasy world is pretty amazing. Watching the dragon sneak up on my would-be executioner in the tutorial was a definite “wow” moment, and even cruising around the trails between towns was relaxing and visually interesting, finally offering a reason to stop and gaze at the beautiful—in a sense—world Bethesda created.

Skyrim VR is a pretty incredible accomplishment, and finally showcases a decent argument for what Virtual Reality has to offer for people who want to experience large, deep, open-world games up close and personal. The controls are a rather glaring weak spot, but this aspect can definitely be improved over time and is currently limited by the hardware more than poor development. If nothing else, Skyrim VR shows the potential of VR for AAA titles, and while it

is far from a perfect game, it’s a hell of an experience and makes a good case for where this platform can go. Even if you’re fatigued by Skyrim and over it at this point—it is a six-year-old game after all—it’s definitely worth trying this version out if you have a PSVR collecting dust in a box somewhere.

Skyrim VR is a janky mess, but a fresh and immersive way to experience a game you’ve already played on several platforms.
REVIEW SCORE
7
File Under: Bethesda, Virtual Reality