An Unfulfilling and Frustrating Apocalypse
3 / 10

Fallout 76 is a tale of two games. One features the vast open world that has become the hallmark of Bethesda Game Studios, filled with sights to see and things to do. The other is a multiplayer game that tasks you with working together with your friends and strangers to survive, thrive, and die in a post-apocalyptic wasteland. In Fallout 76, these two elements are in opposition at nearly every step, creating an experience that is neither a fun online multiplayer game nor an engaging RPG

You are a survivor of Vault 76, tasked with repopulating and redeveloping the wasteland some years after the Great War nuked America into oblivion. Set in West Virginia, the world that Bethesda has created is epic in scope, large and free in ways that are far grander than anything it has created before. There is always something around every corner, and even though I’ve visited well over 100 locations, I know I’ve only scratched the surface. If this were an earlier Fallout game, I would be ecstatic.

But for every location that features a memorable quest or a spooky secret waiting to be uncovered, there are a half dozen more that feel like footnotes. Time and time again I looked forward to seeing what I could find at the next mark on my map, and it wasn’t long before that anticipation turned into resignation. How much ammo would I waste clearing out the enemies in this mansion? Would there be a quest in this mine, or will it just be populated with junk? I got used to disappointment after awhile.

The trend continues with the quests themselves, of which there are plenty. Fetch quests abound, which isn’t bad by itself, but there is a complete lack of purpose to them. This is because of most of the story and dialogue is conveyed through either audio logs or notes scattered throughout the environment or on computer terminals. It’s hard to find motivation when the quest giver is either long dead or is secretly a robot. That’s not to say that quests are uniformly bad, but they lack the necessary structure and drive that would turn otherwise bland objectives into something memorable.

This is ultimately because Bethesda has chosen to completely do away with human NPC’s. Apart from some robots here and there, the only people you will run into will be your fellow players. And try as they might, which most don’t, live players cannot replace the context, story, and emotion that NPC’s provide. They are what make us emotionally invested in Fallout, what makes us reminisce on the choices we’ve made, or make us keep playing long into the night. One of my favourite questlines features a secret society of crime fighters fighting evildoers in the post-apocalypse, and I approached each step and listened to each audio log with glee. Yet my overriding thought was “I wish I could talk to these interesting people.”

And the disappointment would flare up again.

Despite all that, I still found myself exploring the world. Call it a compulsion, but I find that Fallout 76’s Appalachia continues to beckon me even though it has as many problems as it does. It’s a testament to Bethesda’s worldbuilding skills that they can create such interesting and diverse locales as they do with each of its games. That’s the travesty of Fallout 76; it’s a compelling landscape that is populated by unfulfillment.

That could be rectified by the inclusion of online multiplayer, but it never quite gels together into something worthwhile. With the exception of playing with friends, which is almost always a great way to play a multiplayer game by default, Fallout 76 struggles to encourage interaction with other players. While it can be expected that most players are currently exploring the world on their own, the sheer scale of the map and the low player count per server means that interactions are even rarer. Cooperative play is difficult, as quests are locked to the individual, meaning everyone must complete their own objectives even in groups. That means waiting around while someone finishes listening to that audio log needed to progress. And the event quests that randomly spawn throughout the map are worse, as it often makes areas impossible to traverse solo, are completely unimaginative in design, and reward loot that is far from worth it.

There’s also no opportunity to engage in meaningful player versus player combat. The system currently only initiates PvP if both parties attack each other, meaning there’s no chance for surprise ambushes or impromptu battles. If a player doesn’t fight back, then the offending party can merely plunk bullets into the pacifist at no penalty. Even a player becomes wanted and acquires a bounty, the rewards for killing others are minimal and provide no incentive to do so.

The multiplayer also means that VATS, Fallout’s signature pause mechanic that lets you deliberately take aim at an opponent’s body parts, is significantly changed for the worse. Due to the inability to pause or at least slow down the server to take a shot, VATS is done in real-time, with percentage chances changing on the fly as enemies shuffle around. It is unwieldy, inefficient, and feels like I’m wasting time with every use. This was decidedly not the case with Fallout 3 and Fallout 4 for me, as VATS did the heavy lifting in order for the combat to feel fine. Now that it’s not lifting anything, it exposes just how flawed and bland real-time combat in the Fallout franchise has become, as the controls feel stiff and unwieldy.

Outside of combat, much of your time will be spent gathering junk in order to construct settlements via your C.A.M.P. device. The camp can be moved anywhere, apart from near some actual locations, and is far more customizable than it was in Fallout 4. It’s the gathering junk part that makes it feel tedious. Ninety percent of the objects in the game is junk, which you break down to carry with you and later store at your camp. The problem is that the carrying capacity and overall storage space is frustratingly low, and managing your inventory with a user interface as difficult as Fallout 76’s is annoying.

And, of course, this wouldn’t be a Bethesda game without bugs and glitches. What makes Fallout 76 different is that this is the first time those bugs and glitches have taken place inside a live server. Crashes, disconnects, rapidly respawning enemies, deleting everything you build at camp, improperly loaded textures, the inability to start or complete quests and more highlight the experience that is Fallout 76.

One moment early on has stuck with me across the dozens of hours I’ve played. I had just completed a quest, and I was told to report to a new location for further instructions. I arrived at the designated spot, and the quest refused to load. I restarted the game, looked up a guide to make sure I wasn’t screwing something up, ran through the area again, and restarted once more. The third try, the quest finally activated without doing anything. I was eager to progress, and I was grateful that this wasn’t yet another game-breaking bug.

Fallout 76 has potential. It’s there, past the bugs and glitches that pervade the experience. Past the frequently disappointing quests and the unfulfilling locales. Past the dreary combat and the multiplayer that is as much a focus of the entire game as it is an afterthought in design. Past the sense that war has changed, and that Bethesda will continue to push Fallout further away from the elements that made the franchise so popular in the first place.

Past all of that, Fallout 76 can be enjoyable. But to get that enjoyment, you have to put up with far too much.

Fallout 76 shows potential, but it can’t quite coalesce into a compelling game due to numerous glaring flaws.

File Under: Bethesda, Fallout, PlayStation
A retail version of the game reviewed was provided by the publisher. You can read more about CGMagazine reivew policies here. 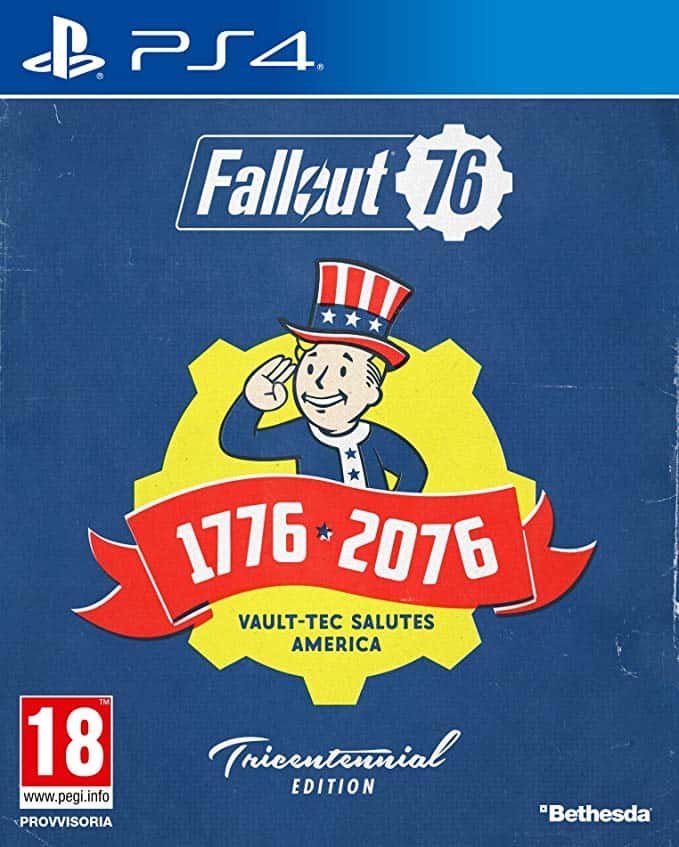